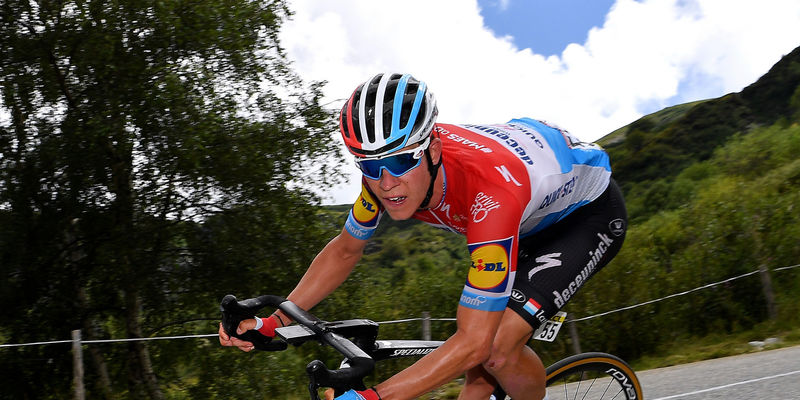 Rémi Cavagna was the first rider to attack as soon as the flag was dropped on stage, from Corenc – Saint-Martin-de-Belleville (157 kilometers), trying twice to make it into the breakaway, but each time he was reeled in by a peloton who wanted a larger group at the front. Eventually, the pace slowed down and nine riders got green light to jump from the bunch and opened a 40-second gap which they then took north of six minutes.

The group worked well together and disintegrated only on the excruciating slopes of Col de la Madeleine, one of the most iconic climbs in the Alps, which the Luxembourg Champion crested in third position. On the long downhill, Jungels showed some great descending skills, clawing back time and managing to join Pierre Latour (AG2R), together going in pursuit of lone leader Davide Formolo (UAE Team Emirates). Unfortunately, their spirited action was short-lived, as the peloton came from behind at an insane pace and caught them on the final climb.

“It was another tough day, we knew that, but as I was feeling good at the start, I gave it a go and made it into the right move. We shared the workload until the bottom of Madeleine, but when the attacks came there I wasn’t able to follow, so I just rode the climb at my own pace. In the downhill I felt good again, but got caught on the last ascent. Still, it was a good day for the confidence and it showed me that I’m improving day by day”, said the 27-year-old Luxembourger.

At the front, Formolo survived and held off the chasers for just a few seconds to take the stage win, ahead of overall leader Primoz Roglic (Jumbo-Visma). The Critérium du Dauphiné will continue Saturday with a stage between Ugine and Megève, over a 157km long-course peppered with six classified climbs. 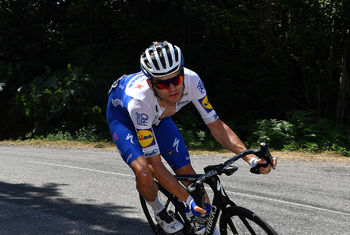 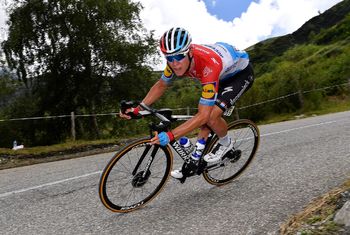