Critérium du Dauphiné: Alaphilippe enjoys another day in the break 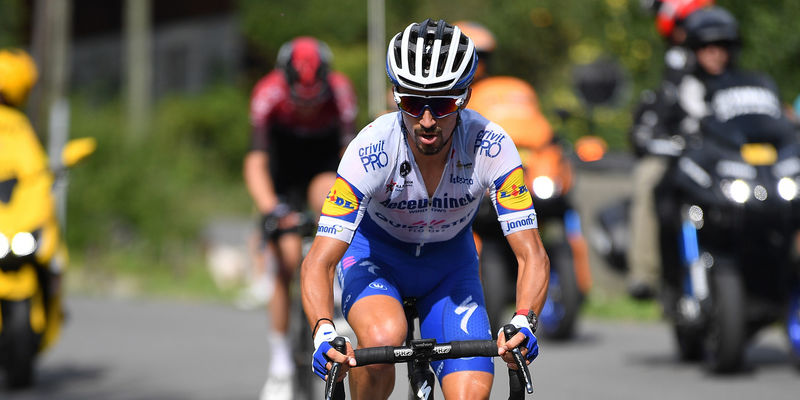 Julian Alaphilippe showed again his pedigree, on a chaotic final stage at the French race, reminiscent of the 2014 edition’s last day. Attacks galore from the outset, a peloton in pieces, a general classification which was up for grabs and a tough course around Megève – all this contributed to an exciting day of racing, which our rider lit up with a brave attack on the first of the seven climbs sprinkled over the 153.5km-long route.

Côte de Domancy (2.5km, 9.4%), where Bernard Hinault forged his remarkable success at the 1980 World Championships in Sallanches, was used by Alaphilippe as a launch pad, the Frenchman’s stinging attack splitting the field and leaving him at the front with just eight riders. A frantic chase ensued, but it was only on the Col de Romme that twenty riders managed to bridge across. The gap to the peloton was a mere 55 seconds, but a series of trademark Julian Alaphilippe accelerations took the margin to almost two minutes and helped last year’s KOM jersey winner jump away together with Pavel Sivakov (Ineos).

Working very well together, the duo stretched out their lead to 1:30 and looked to have a good chance of going all the way to the finish, but all this went up in smokes when the Russian crashed on a descent. Julian slowed down a bit and waited for his breakaway companion to return at the front, which he eventually did, but so did a strong four-man chasing group, who was already making up ground. From there, Sepp Kuss (Jumbo-Visma) took off on the last climb and soloed to victory, while Daniel Martinez (EF Education First) sewed up the general classification.

Alaphilippe – who climbed to second in the Dauphiné KOM rankings after his second consecutive day in the break – came home a couple of minutes later, getting a big round of applause from his countrymen for the panache and never-say-die attitude displayed over these past days at his last stage race before the start of the Tour de France. 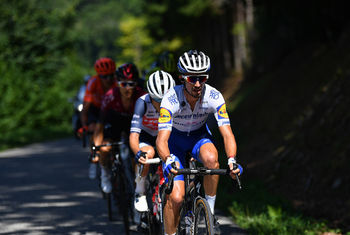 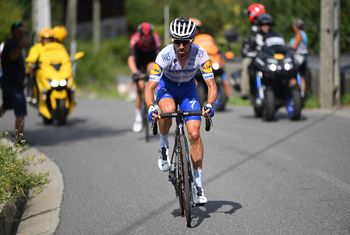