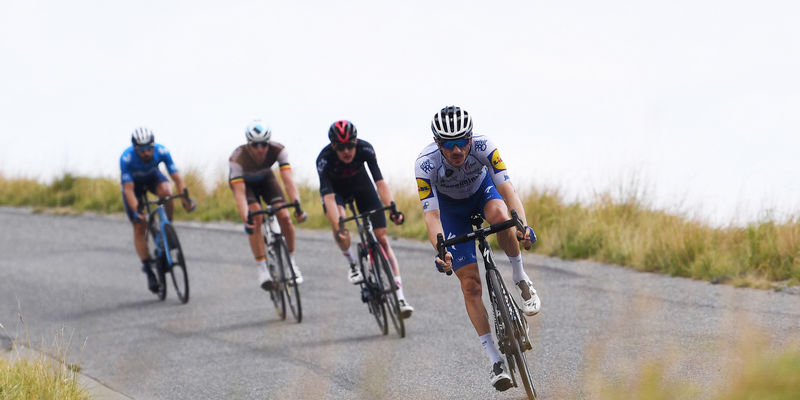 The second of this year’s Pyrenean stages numbered four classified climbs – Côte d’Artiguelouve, Col de la Hourcère, Col de Soudet and Col de Marie Blanque – sprinkled over the 153 kilometers from Pau to Laruns and got underway at a very high pace, as half of the peloton looked determined to be in the breakaway ahead of the rest day.

The man who brough France its 750th stage victory one week ago, Julian Alaphilippe was among those to attack, twenty kilometers into the stage, after Dries Devenyns strung out the bunch, but despite a huge forcing, he was brought back. Rémi Cavagna and Tim Declercq followed suit, the former managing to open a 15-second gap ahead of the day’s second ascent, but the group reacted again and kept things together.

It was only on the Hourcère that a rider managed to sneak away, Marc Hirschi (Sunweb), and the Swiss stayed in the front until with two kilometers to go, when he was caught by a four-man group. From there, Tadej Pogacar (UAE Team Emirates) sprinted to victory, while runner-up Primoz Roglic (Jumbo-Visma) became the new GC leader. First Deceuninck – Quick-Step rider over the line was Bob Jungels, while Irish Champion Sam Bennett also safely concluded the stage way inside the time limit and remains in contention for the green jersey. 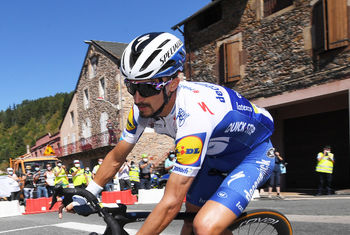 Tour de France: A day in the Pyrenees 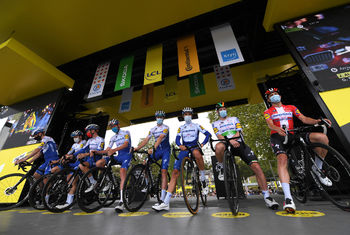