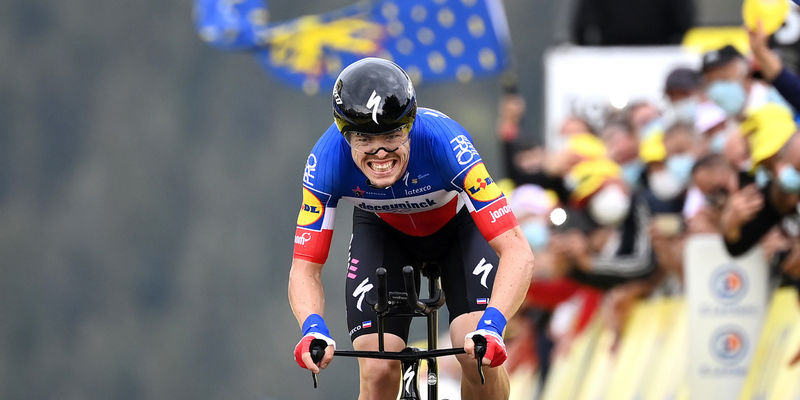 One day after receiving the most combative rider of the stage trophy for his stunning 120km solo ride, Rémi Cavagna embarked on another individual time trial, albeit much shorter, between Lure and La Planche des Belles Filles. Clad in the stunning tricolour kit designed by Vermarc after his victory at last month’s National Championships, the 24-year-old from Clermont-Ferrand was one of the first riders to leave the start house, from where he rolled down motivated to honour his jersey.

Cavagna breezed through the three intermediate check points in Le Raddon, Plancher-Les-Mines and Mi-Pente, before finding his rhythm on the punishing 5.9km climb averaging 8.5%, where unlike other riders, he opted to continue on his time trial bike. In full aero tuck on his Specialized Shiv, the Frenchman became the first rider to go under the one-hour barrier and moved into the provisional lead with a stunning time of 57:54.

This result allowed the Plouay European Championships silver medalist to stay into the hot seat for more than three hours, his position coming under threat only after the GC guys began their effort, in the last hour of the stage. Eventually, as those came over the line and Tadej Pogacar (UAE Team Emirates) took the win, Cavagna finished in sixth place as the best Frenchman on the day, a confirmation of the major improvements he has made in the discipline since joining Deceuninck – Quick-Step.

“I am happy with my performance. I gave everything I had and at the end of the day I was beaten by better riders. When I started this morning I knew it was going to be very hard with that climb at the finish, but I was still motivated to do a good ride, especially as it was my first outing in the National Champion jersey. It’s nice to see the results of all the hard work I put in. This gives me a lot of confidence for my next appointments of the season”, a smiling Rémi said after stage 20. 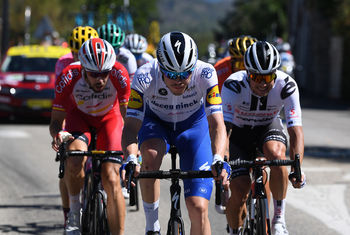 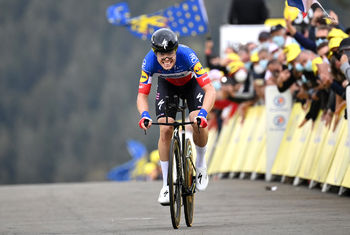