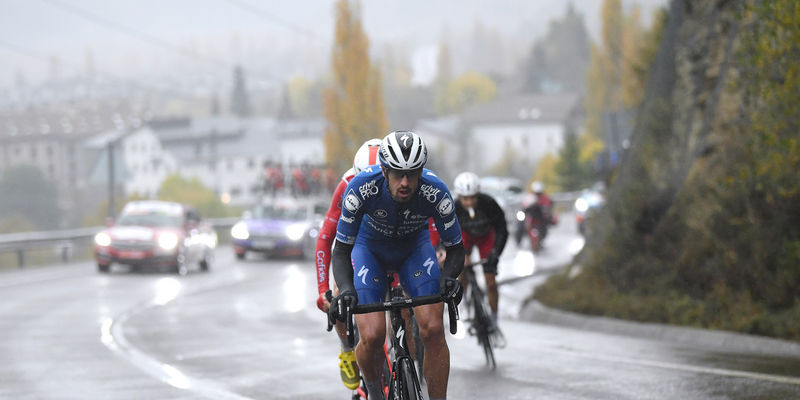 Mattia Cattaneo found a special way to mark his 30th birthday, by going in the breakaway together with teammate Rémi Cavagna and 21 other riders on Sunday’s 146.4km stage between Biescas and Aramon Formigal, which featured again on the race after four years.

The stage took place in atrocious weather – howling wind, spitting rain and low temperatures accompanying the riders from 100 kilometers to go. Cavagna, who featured in the break also on the opening day, and Cattaneo, who is racing his seventh Grand Tour, did a lot of work at the front, helping the large group establish a four-minute lead over the peloton, who began chasing hard only on the second classified climb of the stage, Puerto de Cotefablo.

With 20 kilometers remaining, the harsh condition started taking their toll on the main group, which was reduced to a dozen riders. From there, Ion Izagirre (Astana) attacked on the 14.4km climb at the end, dropping his companions and surging to victory. Mattia Cattaneo was among the few to survive from the day-long move and the Italian climbed to a solid seventh place, his best result of the season and a remarkable one for that matter, considering that two months ago his season looked to be over after a crash at the Giro dell’Emilia.

“It was such a hard day, due to the miserable weather conditions and the big tempo at the front, but I really enjoyed being in the break. I think it was a nice day to celebrate my birthday. When I think that last month I was still in bed with a broken vertebra not knowing if I would race again this year, this is a very good result, one that lifts my morale. I am happy with it and I hope to continue helping the team get more solid results at this last Grand Tour of the season”, said Deceuninck – Quick-Step’s Italian, who made a jump of six places in the overall standings, up to 15th. 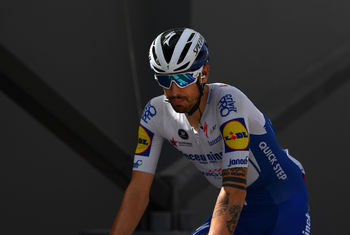 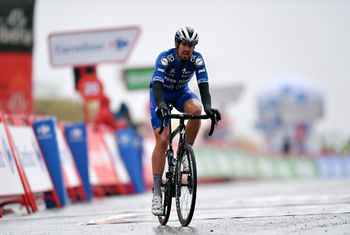