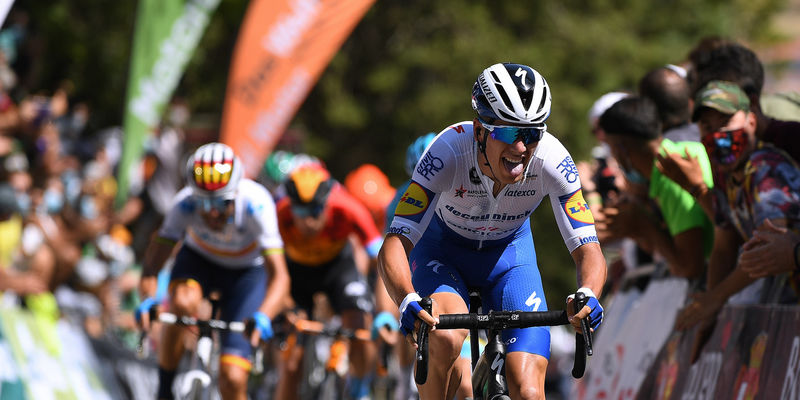 Hot temperatures, Deceuninck – Quick-Step-powered crosswinds, a spectacular attack of Remco Evenepoel from the range, a gripping finish and a solid podium for João Almeida – the opening stage of the Vuelta a Burgos had it all, including face masks and temperatures checks before the start, as the peloton adapted to racing in the times of pandemic.

Four men took off soon after the start and put five minutes between them and the peloton, but the stage was properly animated only inside the final 50 kilometers, when crosswinds wreaked havoc and fragmented the group. The breakaway was easily reeled in as Remco Evenepoel and Yves Lampaert opened a gap, the latter paving the way for a strong attack of his younger countryman. Making his first appearance in five months, the Vuelta a San Juan and Volta ao Algarve winner tested his legs and built a 40-second margin over the bunch, before easing off and letting himself be absorbed by the chasers, who were back as one once the winds subsided.

“We knew there was a big chance of having an echelon and as I was positioned really well, I attacked with the idea that some guys would jump and join me, but that didn’t happen. Still, it was a nice opportunity to show my new Specialized Tarmac SL7, a gorgeous bike that I immediately fell in love with”, explained Remco, who eventually concluded the stage in tenth place. “It felt great to be back! Everybody was happy about returning, but at the same time nervous during the entire day, due to the crosswinds threat. Anyway, it was a good day and I think we all realised just how much we missed doing what we love the most!” 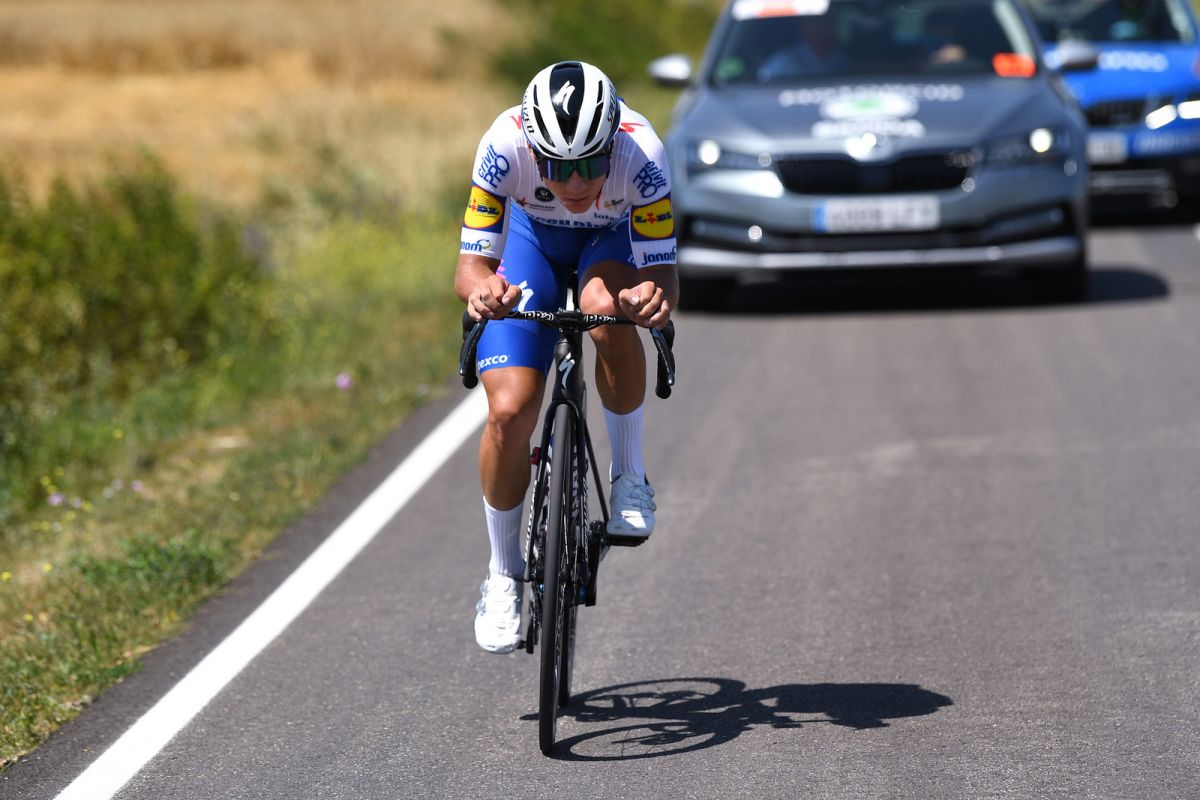 Inside the last ten kilometers, riders began jostling for position at the front and Deceuninck – Quick-Step were one of the team having delegates there: Evenepoel, Andrea Bagioli and João Almeida. The cards were made for the young Portuguese all-rounded, whose strong acceleration on the partially cobbled third-category climb of Alto del Castillo netted him an impressive second place, just a handful of seconds behind Felix Grossschartner (Bora-hansgrohe), who took the win.

This result garnered a trip to the podium for the soon to be 22-year-old, who pulled on the white jersey, which rewards him for topping the best young rider classification: “It was a day of mixed feelings for us. We tried several things in the crosswinds, but unfortunately others didn’t follow. Then, Michael crashed and Sam didn’t feel that good, so we decided to go for another plan. The boys did a great job and positioned me near the front and I tried my luck with 200 meters remaining. I had good legs, even after pulling in the bunch earlier in the day, so I can be happy with the result. Overall, it was a nice start to the race for the team, which gives us a lot of confidence.” 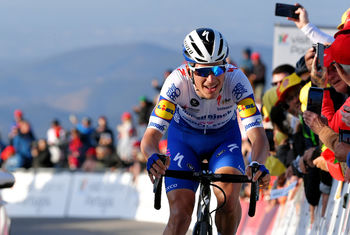 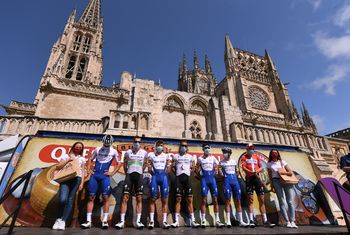