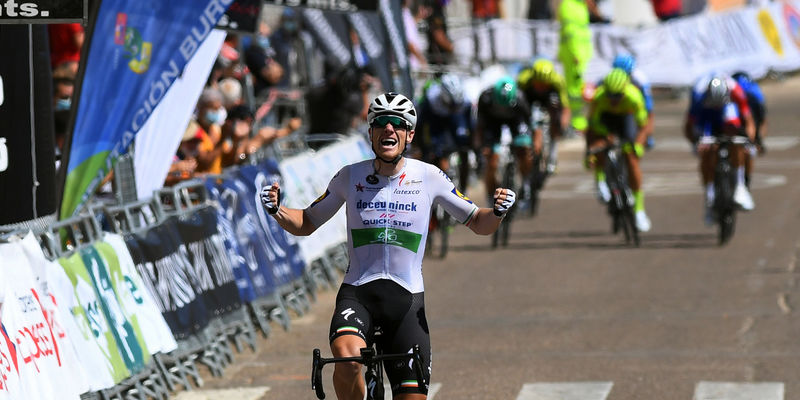 A bold explosive attack launched seconds after he avoided a late crash in a tight hairpin, catapulted Sam Bennett to his third victory for the Wolfpack, on stage 4 of the Vuelta a Burgos; a win that came with a bonus for the 29-year-old in gaining the green jersey. It was Bennett’s 45th success in the pro ranks, and one which brings him just four victories behind Stephen Roche in the classification of the most successful Irish riders of all time.

The stage finale in Roa de Duero was chaotic, a crash derailing the lead-out trains, which included Deceuninck – Quick-Step, after Danish Champion Michael Mørkøv hit the ground (fortunately, with no serious consequences). Bennett, who was in an excellent position courtesy of the spectacular work of Kiwi Champion Shane Archbold, was quick to improvise, leaping away with 800 meters to go and showing everyone else a clean pair of wheels. 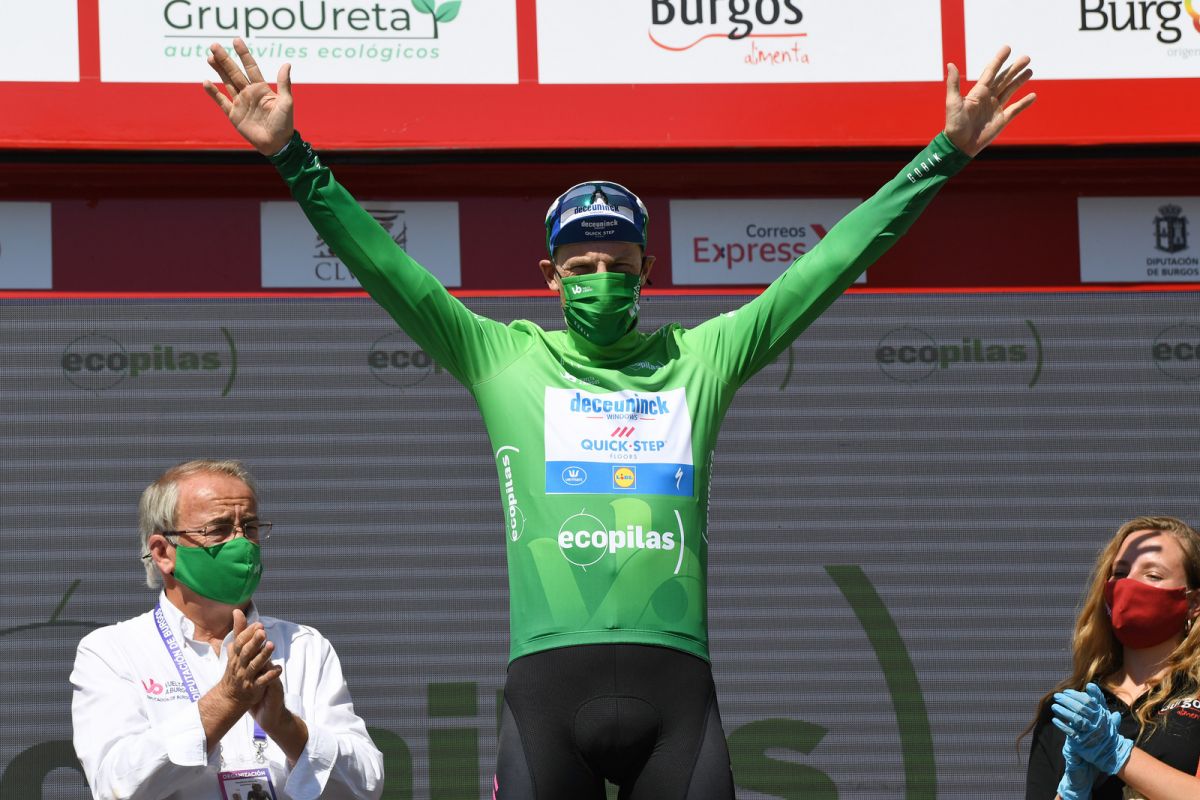 The sinuous uphill road to the line played into Sam’s advantage, who maintained his lead and had enough time to sit up and celebrate as he became the first Irishman to claim a win at the Vuelta a Burgos: “I am so happy with this victory! It was the last chance for the sprinters and it’s a win that I really needed, as it came at the right moment just ahead of the August races.”

“The finale was very hard and the hot temperatures made it tougher. We knew it was going to be a hard fight going into the last two corners, but the guys were fantastic and delivered me where I had to be going under the flamme rouge. When the crash happened, I took a quick look around me to see what was happening and saw that everybody paused for a second, so I decided to go and that was it. I’m glad also that I could win on Specialized’s new bike, which I have to say it’s really great and played an important role in my win, especially in those last tricky corners. Getting the green jersey is the cherry on the top, but the race isn’t over yet, and on Saturday we’ll try to be again up there and protect Remco”, Bennett concluded in reference to his teammate who continues to lead the general classification. 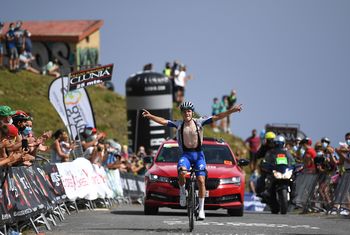 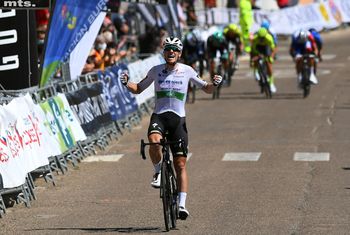