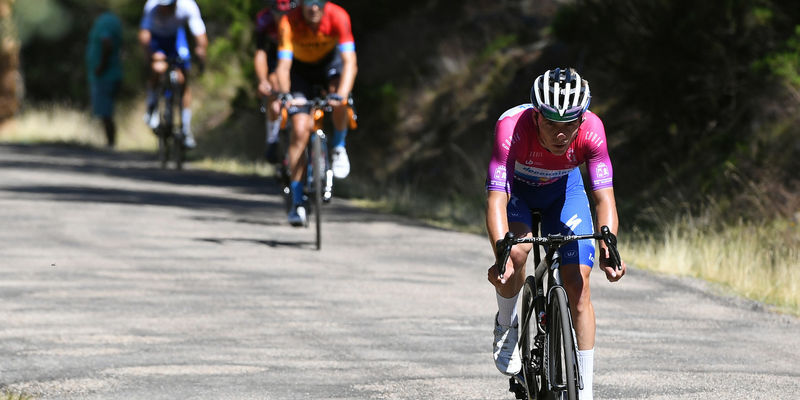 Three stage races and three triumphs for Remco Evenepoel this year. After a stellar start to the season, which brought victories at the Vuelta a San Juan and Volta ao Algarve, Deceuninck – Quick-Step’s prodigy picked up where he left off five months later and sealed the overall win at the Vuelta a Burgos after an impressive week of racing.

Victorious on stage 3, where he hacked the field to pieces on Picon Blanco, Evenepoel was in pole position to add another trophy to his cabinet, but the final stage was no stroll in the park, with several teams turning on the screw on the ferociously steep Lagunas de Neila. The climb, averaging 9.91% over just 4.8 kilometers, took its toll on many riders, who began losing contact as soon as they hit its torturous gradients.

The stage was properly ignited with three kilometers to go, when a furious pace left only a handful of riders at the front, including Remco Evenepoel. As the gradient stiffened, another selection was made, the Belgian remaining in the lead with just two men for company: Mikel Landa (Bahrain-McLaren) and Ivan Sosa (Ineos), with the latter surging clear with 600 meters remaining to take the stage win. Evenepoel was content with pacing himself and dosing his effort carefully, knowing he had enough of a buffer in the GC to secure the overall and become the first Belgian winner of the Spanish race, which was created in 1946. 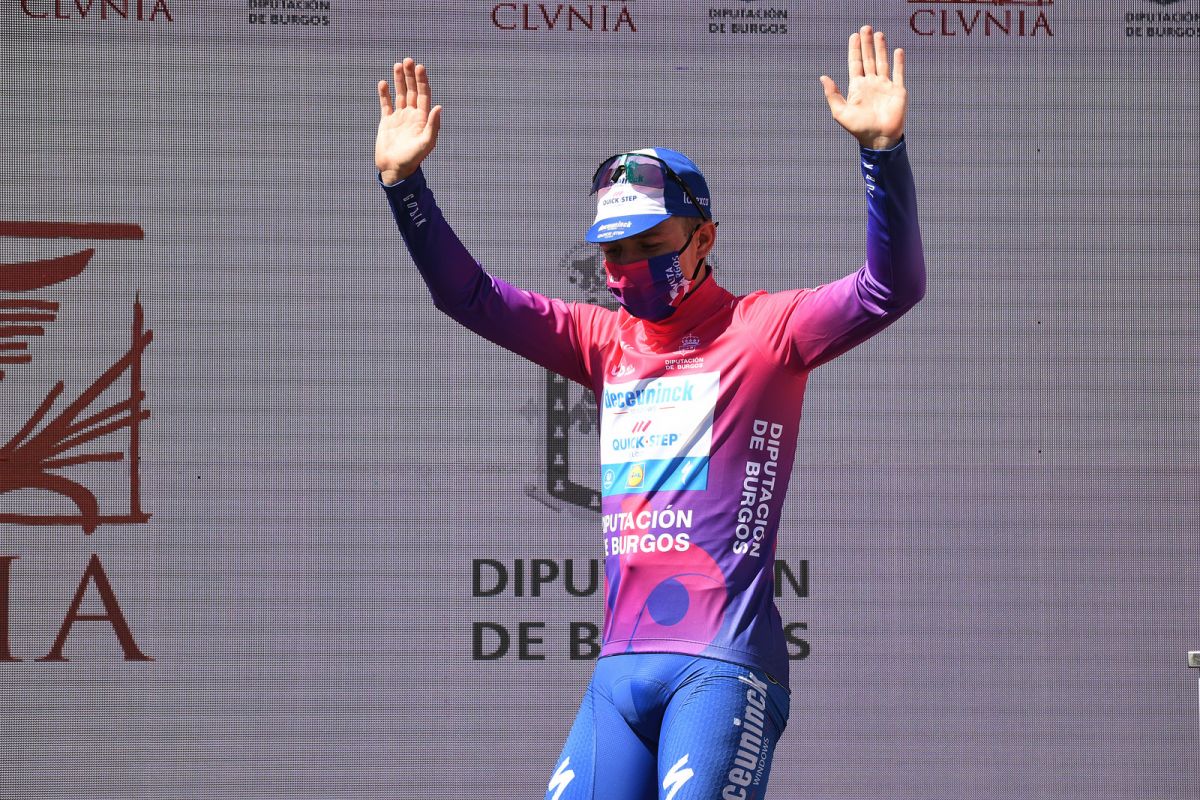 “Mission accomplished! The climb was really hard and didn’t quite advantage me, but I managed to distance many of the GC guys and keep the others in my vision. I had to suffer, I had to ride hard, but it’s been a very good day. I couldn’t be happier with this win, my seventh of the season”, said after his imperious performance Evenepoel, who is quickly establishing himself as one of the world’s foremost stage racers.

“It’s a success that was possible thanks to a great team, who rode at all times at the front and protected me. It’s my first time in Burgos, it’s my first race since February and everything turned out well. Three stage races, three victories, it’s a perfect season so far for me! Now I’m looking forward to next week’s Tour de Pologne, a race which I’m excited to discover.” 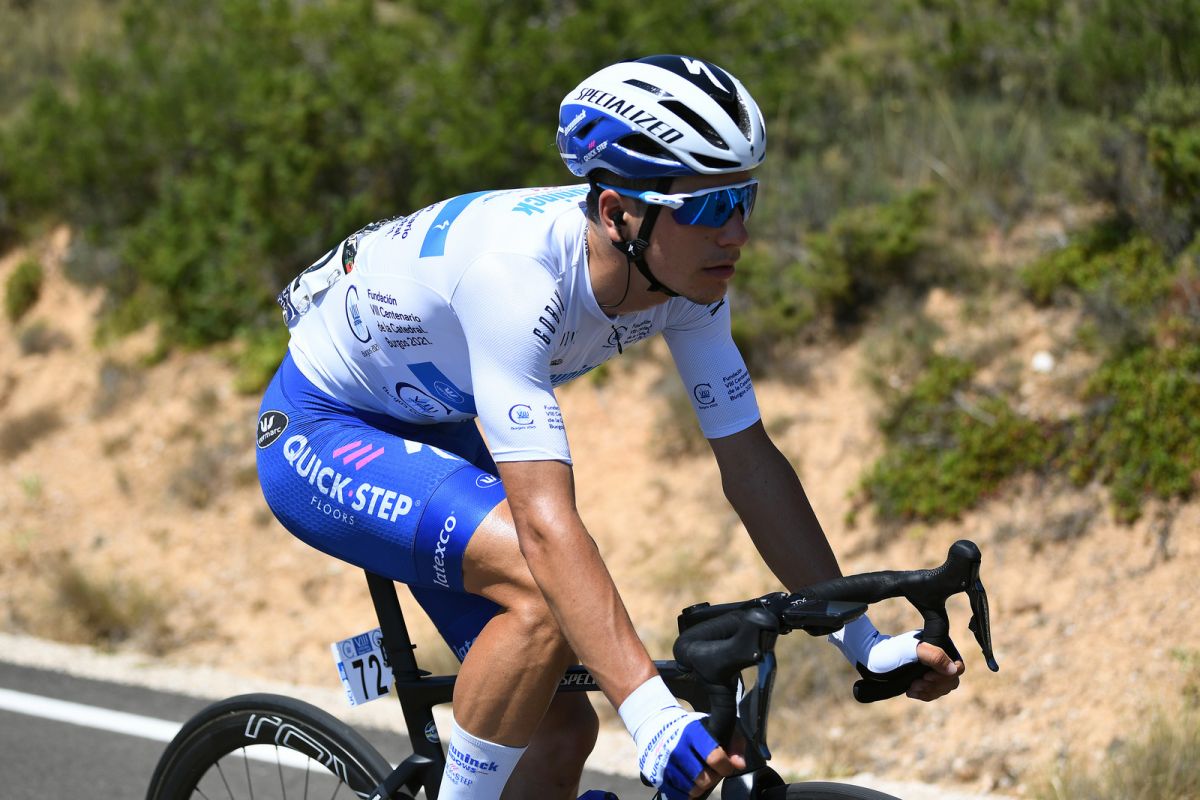 In addition to his GC triumph, Remco took home also the best young rider jersey, with an impressive margin over the second-placed rider in the classification. He was joined on the final podium by teammate João Almeida. The Portuguese was the revelation of Vuelta a Burgos, podiuming on the opening day and finishing ahead of more seasoned riders on the two brutal mountain finishes, this remarkable consistency netting his best ever pro result.

“I felt very good today and throughout the entire week and I am very happy with my effort and the team’s. Burgos was a very hard race with a stellar field and getting third on the general classification is amazing! It’s great to be back to racing, we showed everyone this week that we’re a real team and a real family, and this result boosts my confidence ahead of the next races”, added the young Portuguese, who concluded on the podium just a few days before turning 22. 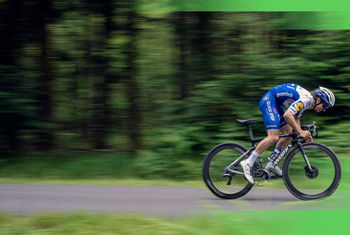 The All-New Tarmac SL7 – One Bike to Rule Them All 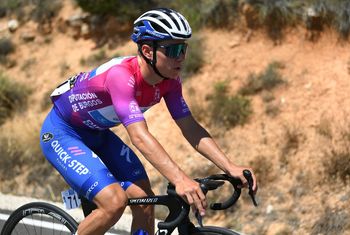