Close but no cigar for Van Lerberghe 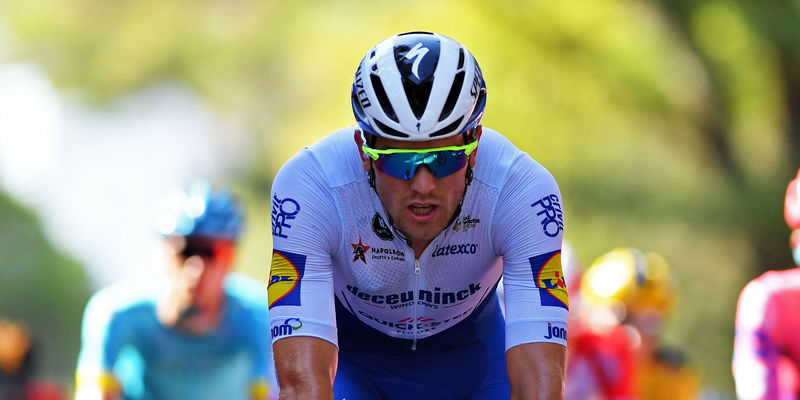 For many riders, Gooikse Pijl was the last rehearsal before next Tuesday’s Belgian Championships, and the race lived up to its billing. Taking place over a circuit in Gooik, the 17th edition was animated in its first part by a breakaway of five, who enjoyed a three-minute gap over a peloton controlled by several teams, including Deceuninck – Quick-Step.

It was one of our riders, Stijn Steels, who enlivened the race with a canny attack inside the final 50 kilometers, that quickly drew a response from other men, and then of the entire peloton, who upped the pace and brought back the escapees. Attacks continue to come thick and fast, Iljo Keisse being among those who tried a move, and cracks appeared in the bunch, increasing the chances of those hoping the race wouldn’t come down to a bunch sprint.

Sensing the opportunity, Bert Van Lerberghe launched a powerful attack on the last lap, only Philippe Gilbert (Lotto-Soudal) being capable of following him. The duo worked well together, keeping the chasers at bay and still having a promising gap over the peloton as they entered the final three kilometers. As they rode under the red kite, the two Belgians still looked poised to fight for victory, but the bunch came at a huge speed and overhauled them agonizingly close to the finish line, with just 100 meters to go.

“The plan was to do the sprint, but then we preferred to change the tactic, because there were some faster riders, and just try and go into smaller groups. I watched all the moves, then I countered some attacks and found myself at the front in a small group. I attacked to reduce the group, then Gilbert put in a dig over the top of the climb. I went with him, we worked well together, but then we started playing cat and mouse and we got reeled in. It’s never nice to get caught so close to the line, but on the other hand, I’ll draw a lot of confidence from my ride for the Nationals”, Bert explained at the end of Sunday’s race 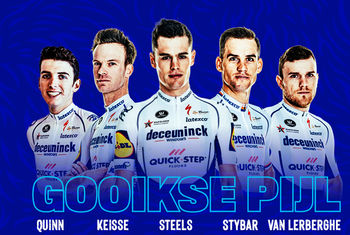 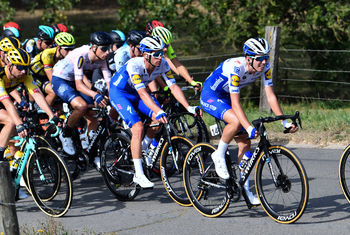