Agonisingly close for Almeida at the Giro dell’Emilia 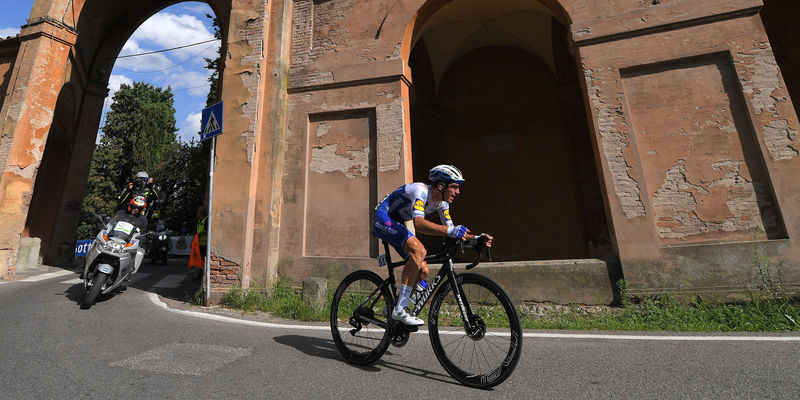 Giro dell’Emilia showed at work two of the most promising young riders of Deceuninck – Quick-Step, João Almeida and Andrea Bagioli, whose aggressive riding in the business end of the race almost netted another victory for the team. The two, who rode several races together since the restart of the season, took turns in attacking as they tried to force a selection and slip away from what was becoming a depleted peloton with each ascent of the San Luca climb.

Eventually, it was the young Portuguese who went clear on the penultimate lap, caught and dropped the last two survivors of the breakaway and stormed away, building a 20-second lead at the top. His audacious move surprised the pre-race favourites, and by the time João arrived at the bottom of the last climb, his margin was close to 35 seconds. While he continued to go all-out on the double-digit gradients of San Luca, the chasers began a concerted effort to pull him back, before Alexandr Vlasov (Astana) attacked with 1500 meters to go with only Bagioli in his wheel.

Another acceleration dropped the Italian neo-pro and helped the Russian catch race leader Almeida on an excruciating 16% section. Best young rider of the Tour de l’Ain, João tried to shook out the pain from his legs, but he had nothing left after giving everything in the last 20 kilometers and had to settle for second, his best result since joining the Wolfpack at the beginning of the season.

“I wanted to go all the way today, I wanted to win for all our teammates who had problems in the past weeks: Remco, Fabio, Iljo and Mattia, who went down today on the downhill. At the end of the day, second isn’t a bad result, especially as I was really close, and this result against such a field gives me a lot of satisfaction and confidence ahead of the next races”, said the first Portuguese rider in 35 years to podium at the Giro dell’Emilia. 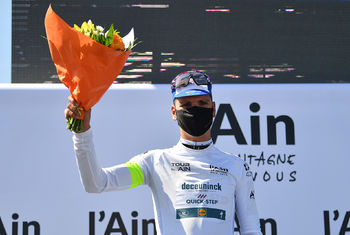 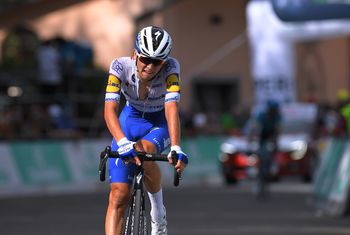