Stybar on the attack at the Tour de Wallonie 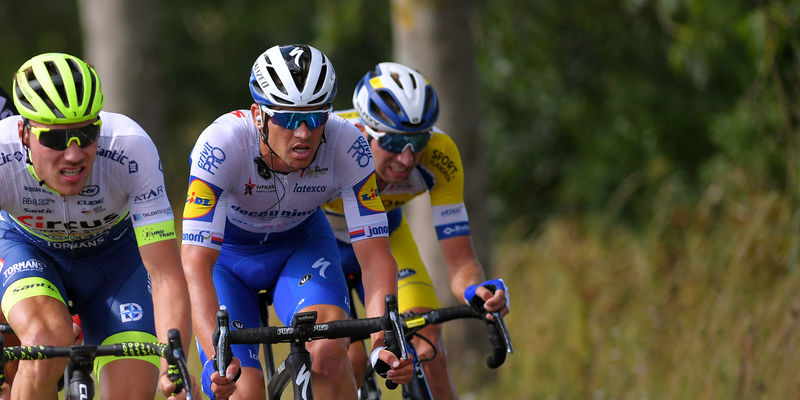 The four-day stage race continued Monday with the shortest stage of this edition, a 172.3km leg from Frasnes-lez-Anvaing to Wavre, where the sprinters were expected to hit center stage. But our team had other thoughts, and after controlling the six-man breakaway with Iljo Keisse – whose superb work contributed to the group being pegged back – went into aggressive mode as soon as the race hit the last difficulty of the day.

A short, cobbled hill was used as a launch pad by Zdenek Stybar, who put in a searing attack and immediately opened a gap before being joined by three other men. As they bolted away from a strung-out peloton, Stybar took the last intermediate sprint (and with it, three bonus seconds) and continued to trade turns at the front with his companions. The group, although short in numbers, found itself at one point around 15 seconds clear, but the bunch regrouped and gradually chewed into their advantage, before bringing the move to heel with five kilometers to go.

In the mass gallop that followed shortly, Florian Sénéchal got in the mix and took a solid fifth place as countryman Arnaud Demare (Groupama-FDJ) claimed the win. Zdenek Stybar was also there and finished just behind his teammate, ahead of the challenging stage 3, which is expected to deliver an important GC shake-up. 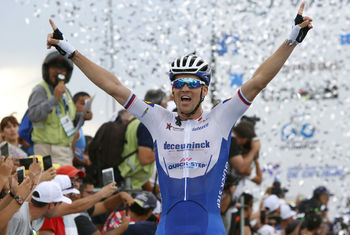 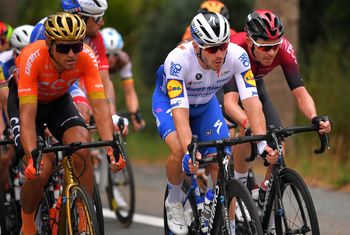