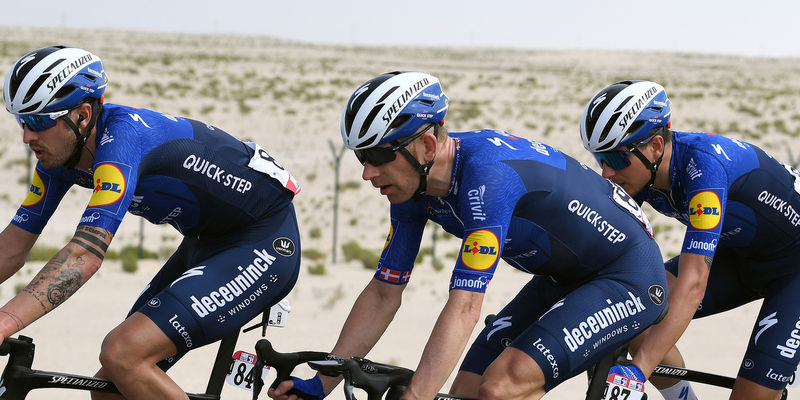 Deceuninck – Quick-Step ripped it apart in the crosswinds in what turned out to be the best stage in the history of the UAE Tour, one which on paper should have ended up in a bunch sprint. The attacks started from the off, with several teams splitting the peloton into four groups and kicking off a furious chase from the riders who missed the cut. The tempo relented only after 50 kilometers, when the wind changed direction, allowing the chasers to make it back.

The man who showed himself as a Grand Tour contender for the future at last year’s Giro d’Italia, João Almeida snatched three seconds at the first intermediate sprint as our team sparked another echelon, with more than 100 kilometers to go. Having Shane Archbold, Mattia Cattaneo, Fausto Masnada and Michael Mørkøv – all experienced riders – around him, helped the 22-year-old Portuguese stay at the front of the main group at all times, which was quickly reduced to just 26 men.

In the space of just 15 kilometers, the gap yawned out to more than a minute, the Deceuninck – Quick-Step boys putting in a concerted effort at the front that dealt a serious blow to the chasers hoping to bridge across. As they entered the local circuit with more than two minutes in hand, the leaders fought for bonifications at the second intermediate sprint, and it was again Almeida who came out on top after a perfect lead-out. 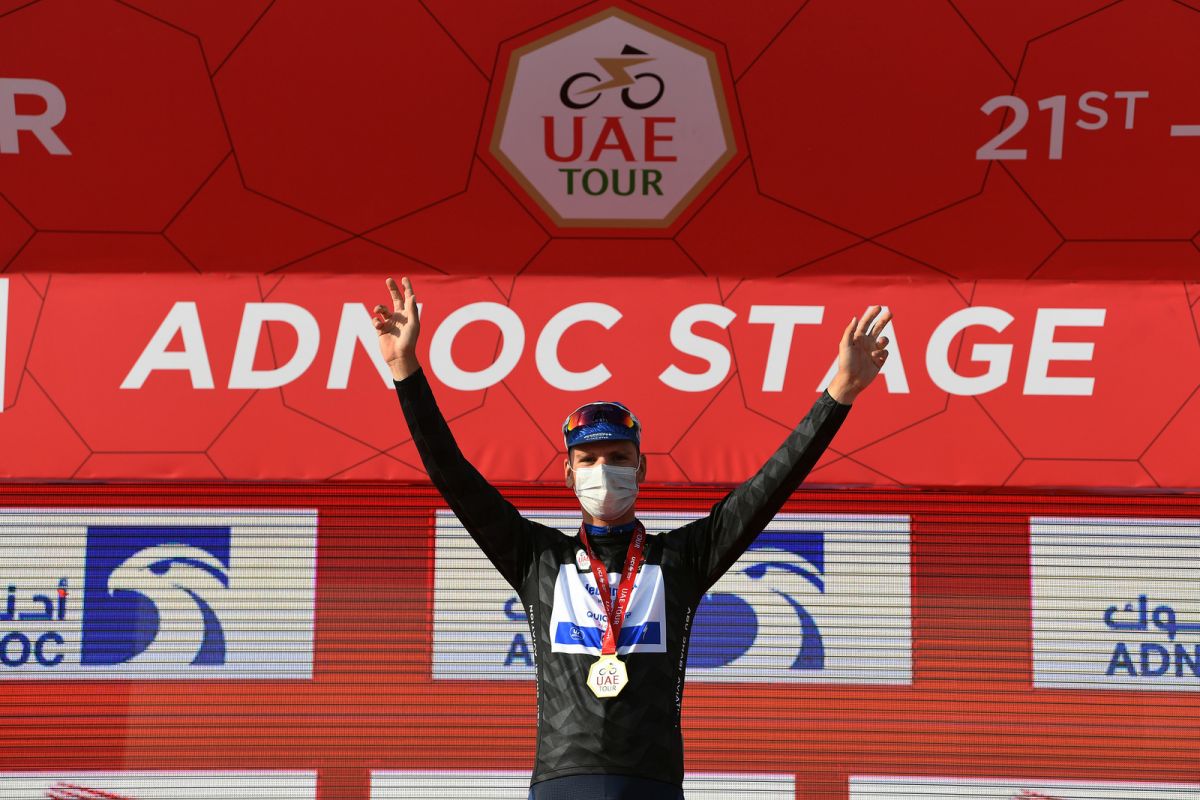 Having the numbers in the group allowed the Wolfpack to fire at will, sending Almeida up the road inside ten kilometers to go, before a canny attack of Mattia Cattaneo, who went clear as soon as his teammate was brought back. Tucked over his handlebars, the Italian opened a 15-second gap but the long, straight roads didn’t play into his favour and he was reeled in under the flamme rouge.

Three-time Danish Champion Michael Mørkøv stepped in for the squad and sprinted in Al Mirfa, taking third place as Mathieu van der Poel (Alpecin-Fenix) surged to victory. João finished the stage in ninth place, a result that puts him into fourth overall ahead of Monday’s individual time trial, which is expected to reshuffle the general classification.

“It was a good start of the season, really encouraging for the next stages. We knew we were going to have crosswinds all day long and were focused to be at the front and make sure we don’t get caught out. The team did a superb job, putting in a solid effort and giving it their all, for which I am grateful. It’s thanks to them I got those bonifications, which could end up being very important, as the UAE Tour is the kind of race where every second counts. We are content with the way things went today and at the same time we are hoping for more next week”, a confident Almeida said after the Sunday’s 176km stage. 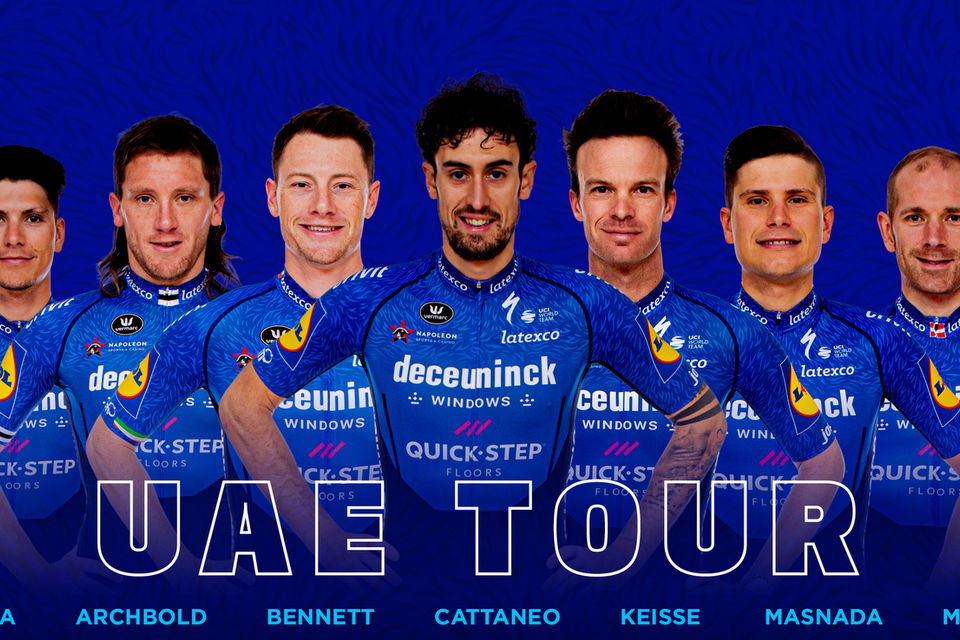 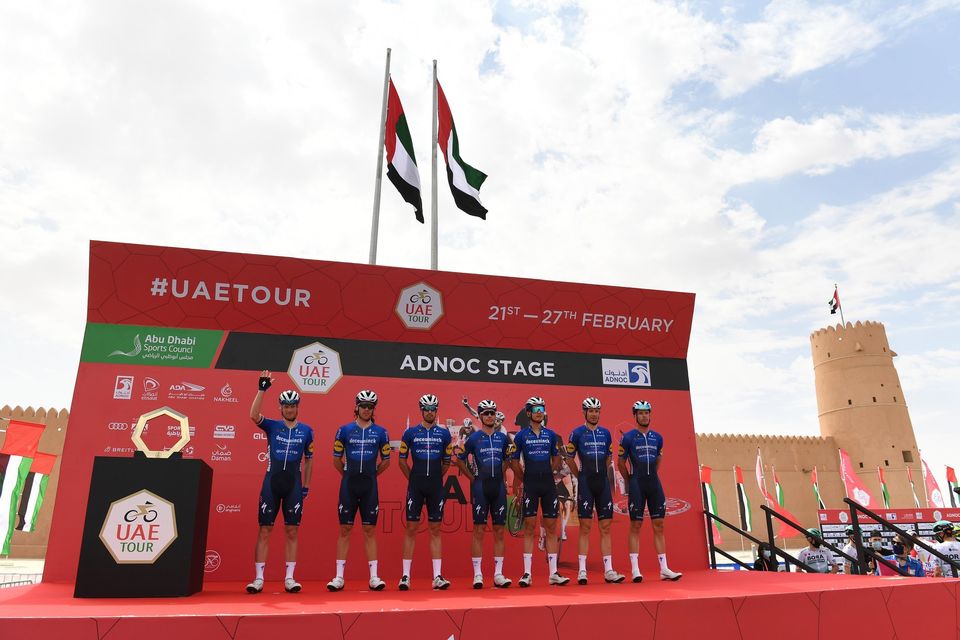