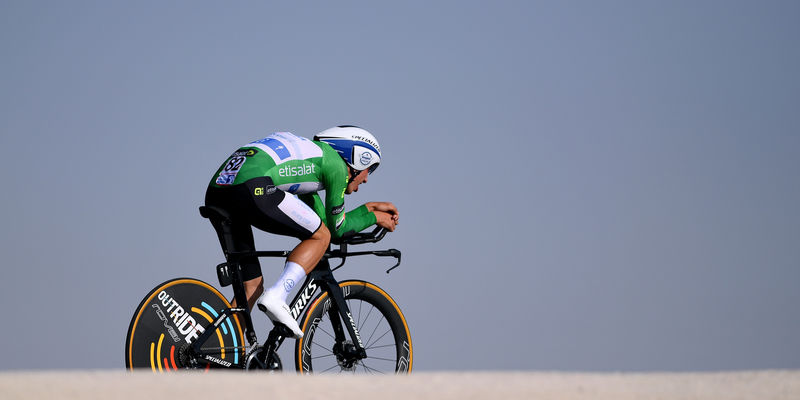 One day after helping the Wolfpack blow the race to pieces in the crosswinds, João Almeida rose up again to the challenge and put in a strong individual time trial on the 13km course that took place on the flat roads of the Hudayriyat island.

Penultimate Deceuninck – Quick-Step rider down the ramp, the 22-year-old Portuguese put in a solid effort despite the course not being completely to his liking, and after setting the ninth fastest time at the checkpoint, he upped the tempo and concluded the race’s sole stage against the clock in 14:26. An average speed a shy over 54km/h helped João slot into the top 10 at the finish, a result that propelled him to second overall, just a handful of seconds behind the new leader of the UAE Tour.

“Today was very windy, but I gave everything out there and I am really happy with my effort. It’s my first race of the season and it’s a nice feeling to know I’m on the podium after two hard stages. We are in a good position for the first summit finish and we’ll continue like this, taking it day by day and seeing where that leads us”, said Almeida, the new holder of the points jersey, after his sixth place on Monday’s stage.

Mattia Cattaneo was another rider to produce a great time trial which saw the experienced Italian move up several places on the general classification. Cattaneo is now fourth, making him one of the three Deceuninck – Quick-Step delegates in the top 10 overall, with Michael Mørkøv rounding out the list in ninth position. 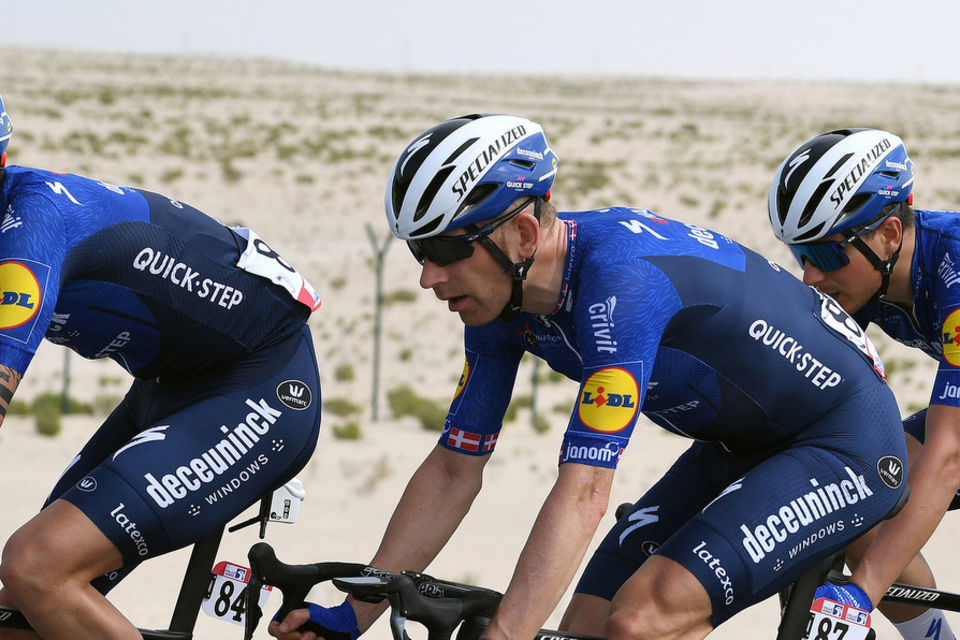 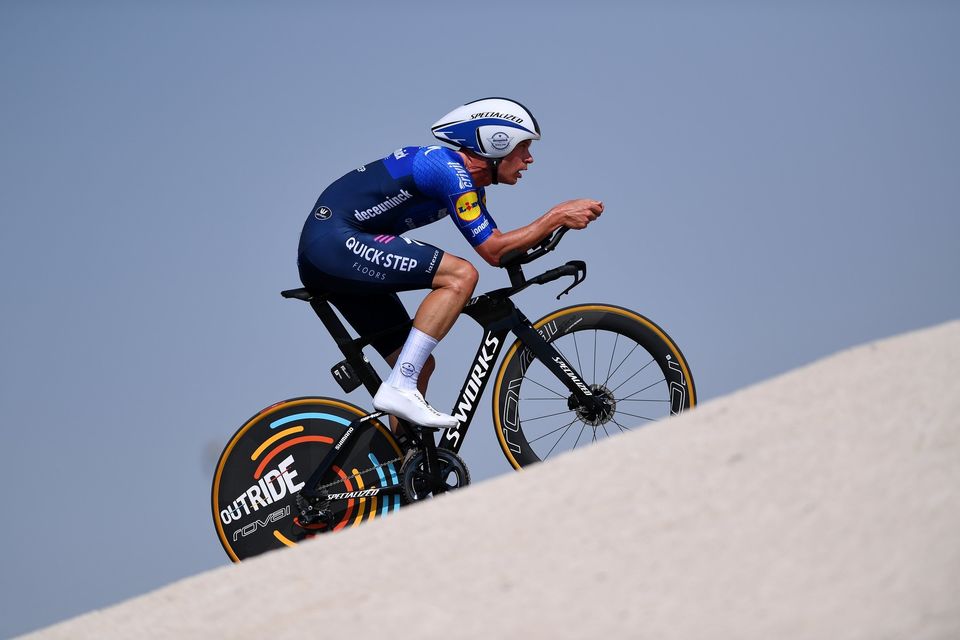