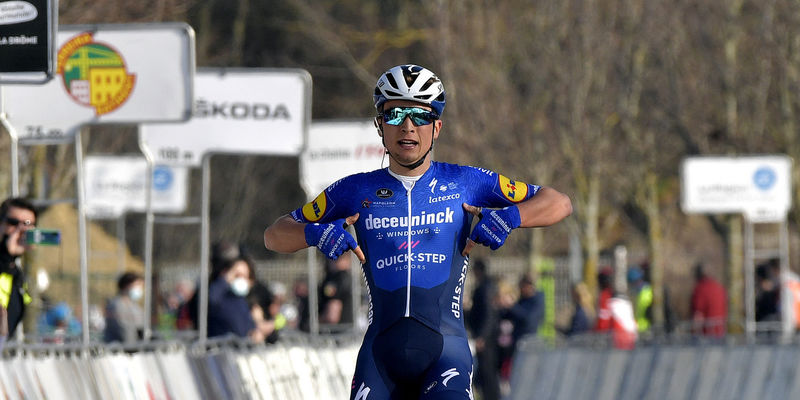 Andrea Bagioli needed just two races to score his first win of the year and his third since turning pro with Deceuninck – Quick-Step in 2020. The 21-year-old was in the thick of the action at the Drôme Classic and punched clear with five kilometers to go, opening a gap on the last climb of the race which he extended on the downhill and then carried all the way to the finish line in Eurre.

The Wolfpack were one of the most active teams in the final part of the 179.2km hilly race, going on the attack several times with the likes of Dries Devenyns, James Knox and Rémi Cavagna, the Frenchman trying his chance on the penultimate descent, when his canny move initially caught the bunch off-guard and forced them to chase hard in order to reel in the “TGV of Clermont-Ferrand”.

On Mur d’Eurre, the final hurdle of the day, our squad kept piling on the pressure, setting up Andrea Bagioli for an attack near the top of the hill. The Italian launched a perfectly executed acceleration, caught the sole leader of the race and bolted away from everyone else, reaching the bottom of the downhill with 15 seconds in hand. 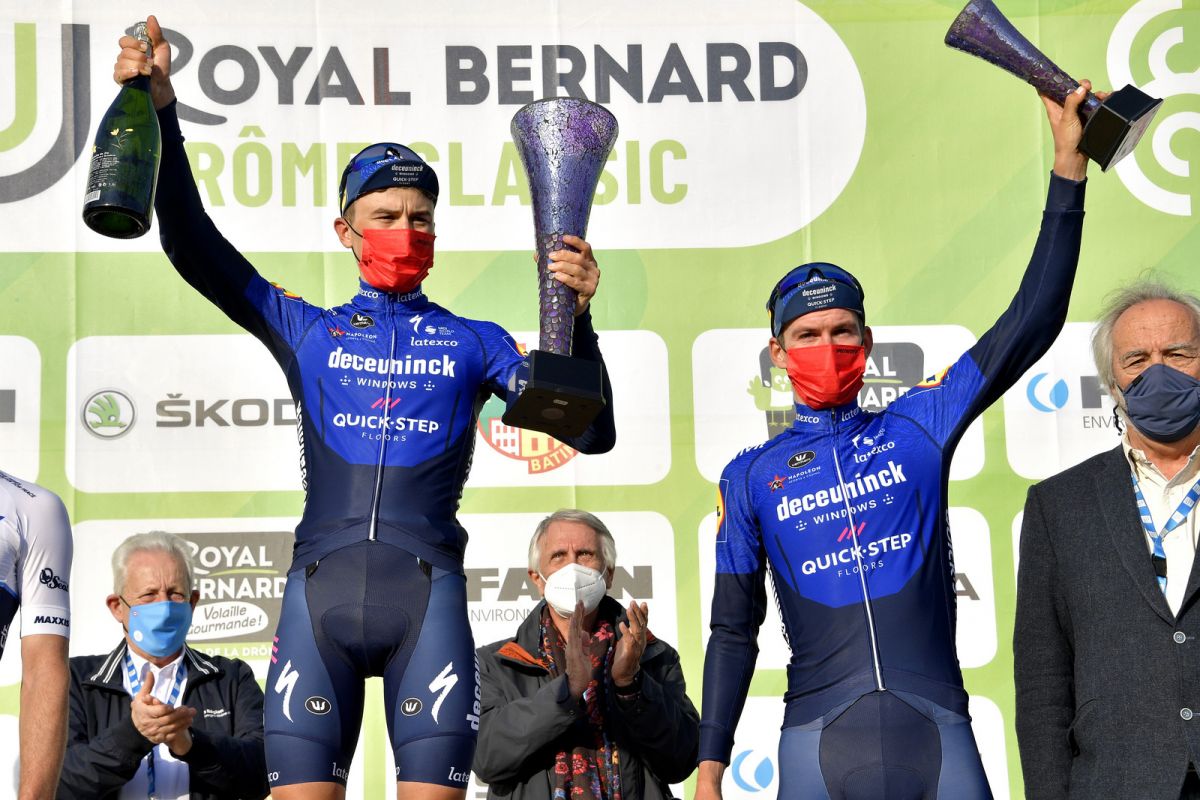 With only three kilometers to go and teammate Mikkel Honoré covering moves in the group behind, Andrea soloed to the win – Deceuninck – Quick-Step’s sixth since the start of the season, which put our squad at the top of the victory ranking after just one month of racing. The chasers came home eleven seconds later, and Mikkel sprinted to third, a result which he added to the already impressive fourth place nabbed just twenty-four hours earlier, at the Ardèche Classic.

“This morning I felt a bit tired after yesterday’s race and didn’t quite have a good feeling. But when the attacks started coming in the last 30 kilometers I realised the legs were good. There were six of us in the main group and we applied constant pressure. It’s important to have such a strong team around you, because when one of the guys attacks, the others can just wait and see what happens while saving their energy.”

“On the last climb, a short one, I was in the top five riders in the peloton. Then I made my move close to the top and once I got clear, I went full gas all the way to the finish without looking back. To win so early in the season is always beautiful, it’s a confirmation of my good condition and makes me look with optimism to the next races. The confidence is high and I hope to continue taking advantage of this”, a happy Andrea added after becoming the first Italian rider to win the Drôme Classic. 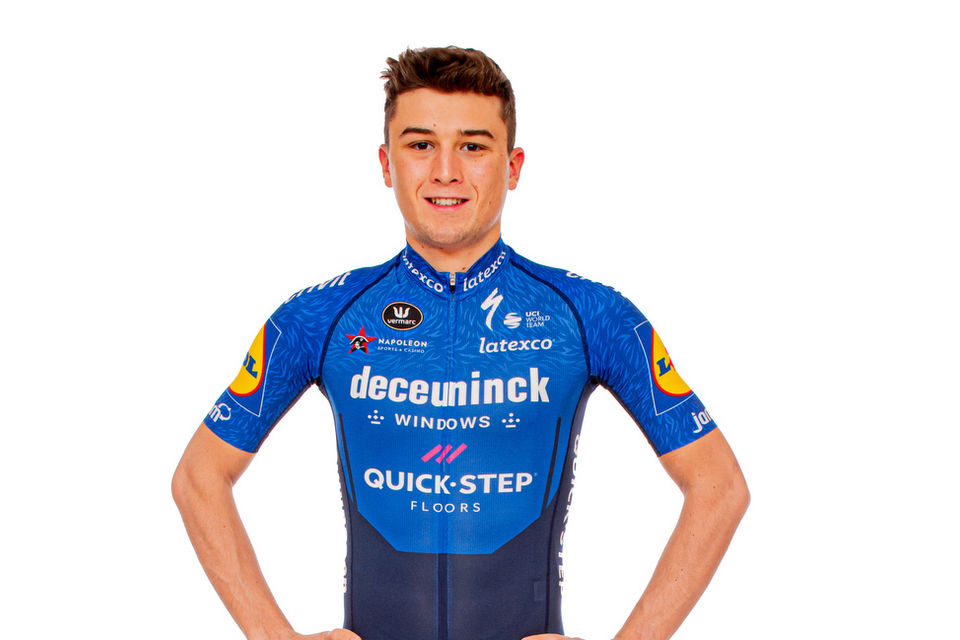 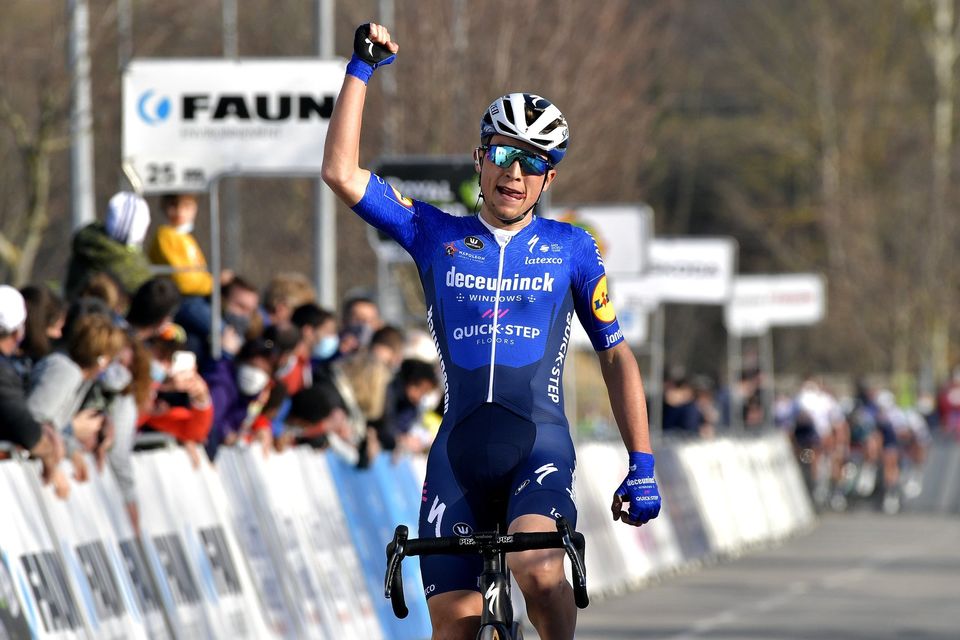