World Champion Alaphilippe on the podium at Strade Bianche 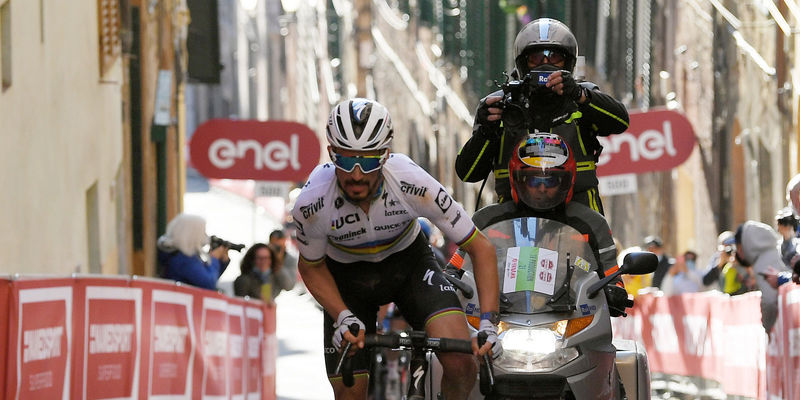 Julian Alaphilippe finished in the top 3 for the second time in three years at the one-of-a-kind Italian World Tour race. After winning Strade Bianche in 2019 at his debut and being taken out of contention by a series of punctures last year, the Frenchman again took center stage and delivered an enthusiastic performance on Tuscany’s demanding white gravel roads, which made up for a third of the course.

Relying on a strong Deceuninck – Quick-Step team, Julian was being looked after by the likes of Kasper Asgreen, Davide Ballerini and Dries Devenyns before he made his first move of the day, more than 40 kilometers from the finish. That sharp acceleration sparked an important selection, leaving only a dozen or so riders in front. The leaders worked well together, but the combination of dirt roads and steep gradients began taking their toll on many of them, up to the point that only seven men entered the last penultimate sector.

Another blitzing acceleration of Alaphilippe further enlivened the race and reduced the group, before Mathieu van der Poel (Alpecin-Fenix) followed suit and kicked out just before the top of La Tolfe, a move that saw the Julian, the Dutchman and Egan Bernal (Ineos Grenadiers) pull clear with under 20 kilometers to go. The newly-formed trio worked well together until the Via Santa Caterina, the brutal climb in the old town of Siena, where Van der Poel attacked again and opened a gap that saw him claim the win.

Julian arrived in Piazza del Campo just a few seconds behind in second place for Deceuninck – Quick-Step’s sixth top 3 finish in seven years at Strade Bianche, a result that keeps the Wolfpack at the top of the UCI World Team Classification.

I’m happy to be on the podium of this beautiful race that I love so much dressed in the rainbow jersey.

“I would have preferred to take the victory, but I can be content with this result, as I did my best today but it happened that one guys was stronger in the final. Strade Bianche is always spectacular and hard and today it was not different.”

“The tempo was high in the peloton long before the Monte Sante Marie sector, so I knew it was going to be a tough day. When the strong leading group went clear, we all worked well together and managed to build a nice gap. Then, I put in a couple of attacks, Van der Poel did the same inside 20 kilometers to go, and I joined him together with Bernal and the three of us kept powering to the line. On the steep finish in Siena, I did everything I could do and this meant coming runner-up today. But I feel that the shape is getting where I want, so that’s good, it makes me look forward to the next races”, Julian – who was back in Italy for the first time since becoming UCI World Champion last season – explained after his third podium of the year. 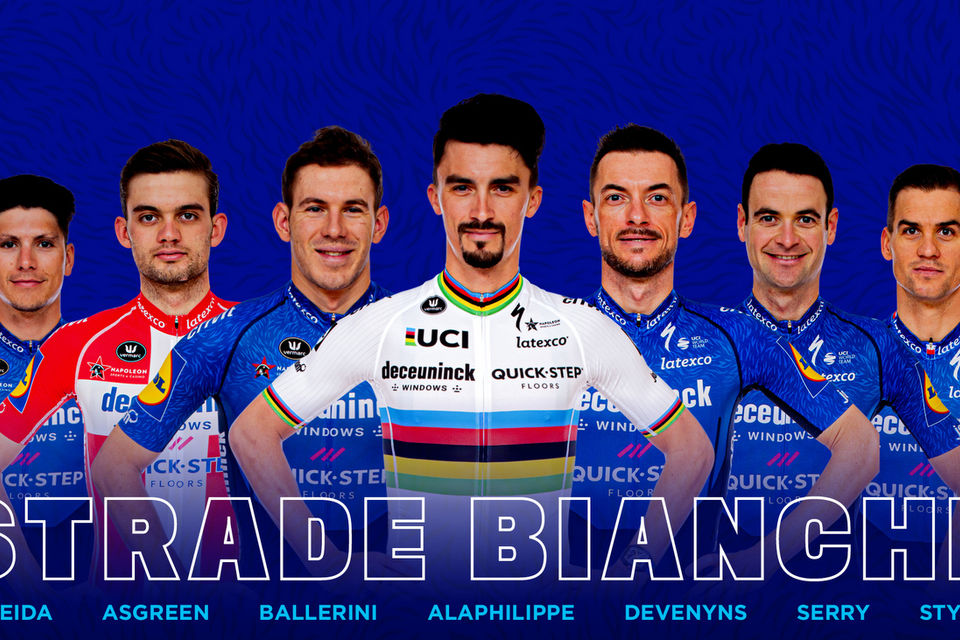 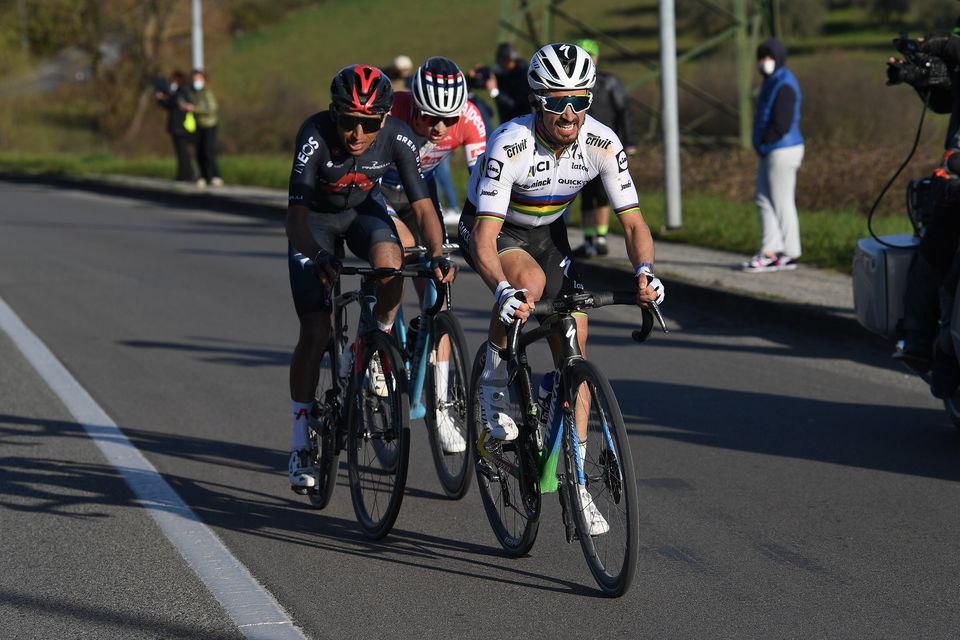