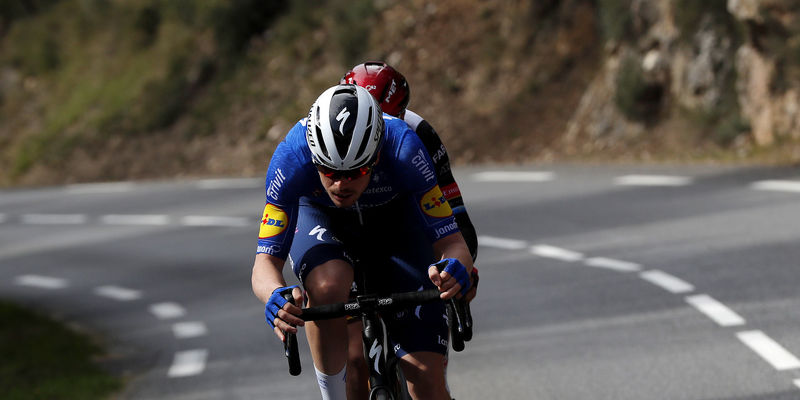 A small fortified village sandwiched between Nice and Cannes, Biot welcomed Paris-Nice for the first time in its history at the end of the race’s longest stage, which took in five classified climbs. The 202.4km route through the Alpes-Maritimes department screamed breakaway, and Rémi Cavagna was the first to show his intentions, attacking as soon as the flag dropped. Joined by one other rider, the Frenchman built a 15-second gap, but the peloton had different plans for the day and overhauled them after twenty kilometers.

Once the regrouping took place, the race continued at a slow pace for a couple of kilometers before six men decided to stretch their legs and pull clear with the first ranked ascent in sight. Despite working well together, they couldn’t extend their lead to more than two minutes, as several teams – including Deceuninck – Quick-Step, who was again represented by the same tireless Tim Declercq – took over the reins and set a tempo that didn’t allow the escapees to dream of glory.

It was all over for the break on the last hill, where Florian Sénéchal tried to bring green jersey Sam Bennett into position, but the steep gradients and merciless pace proved too much for the double stage winner, who lost contact with just 800 meters to go. Primoz Roglic (Jumbo-Visma) was victorious at the end of the stage, while Mattia Cattaneo finished as Deceuninck – Quick-Step’s best placed rider, making a jump of two positions in the general classification ahead of the weekend’s mountain tests. 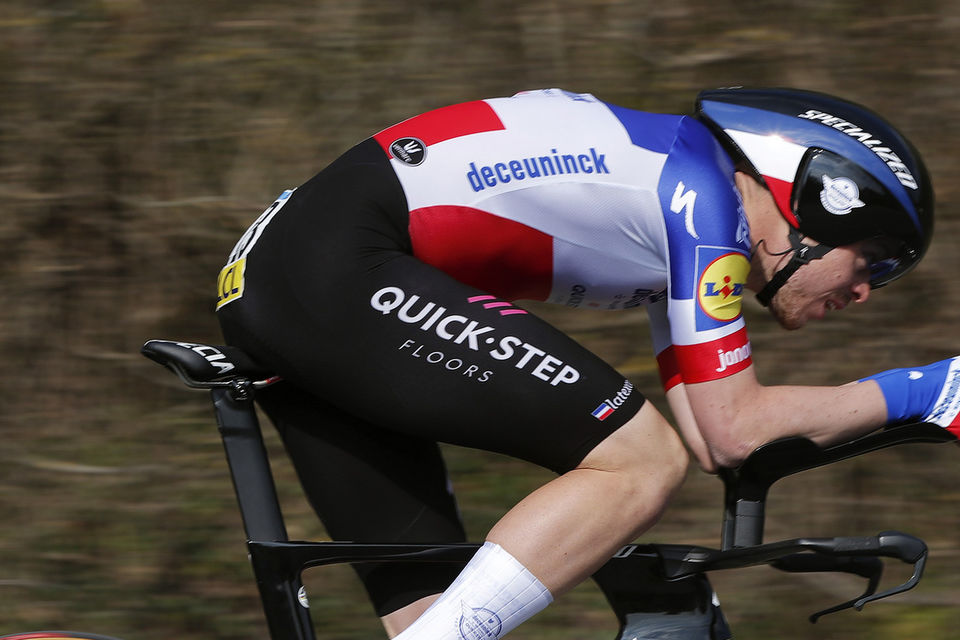 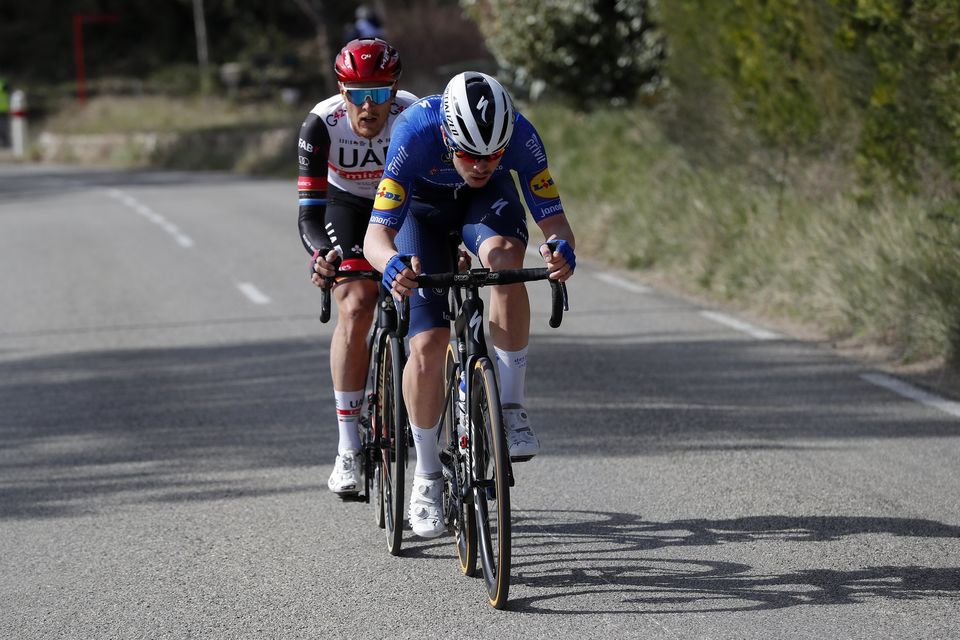