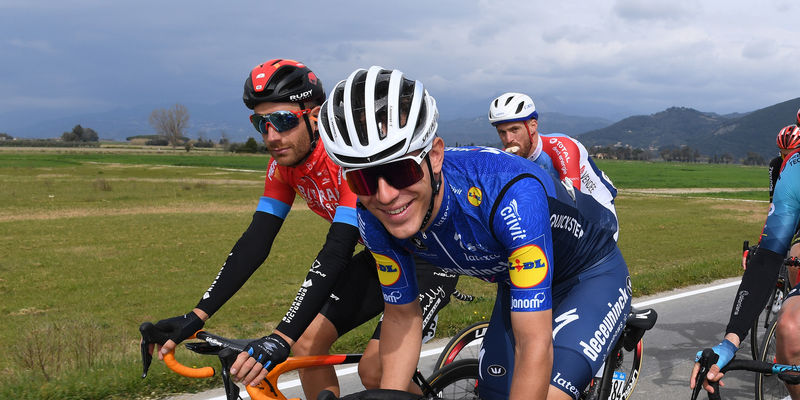 One day after tasting victory in Chiusdino, where Julian Alaphilippe seized the moment, Deceuninck – Quick-Step were once again in the spotlight, this time on the longest stage of the Tirreno-Adriatico. Labelled by the organisers as being a perfect opportunity for sprinters, the stage was in fact more complicated, with the rolling terrain in the first 100 kilometers playing into the favour of the breakaway, who at one point enjoyed a whooping nine-minute lead.

Sensing the danger, our team sent Kasper Asgreen, Alvaro Hodeg and Bert Van Lerberghe to take over the reins, and the three did another fine job, slicing the gap to just five minutes in the space of 20 kilometers. Once other teams decided to chip in, it became clear the escapees would be brought back, but they continued to put in a stern display, getting caught only three kilometers from home.

Zdenek Stybar emerged at the head of the peloton, with Julian Alaphilippe on his wheel, who was working for Davide Ballerini. The World Champion slowed down on purpose with 800 meters to go, allowing the former Czech national champion to pull clear and put around 30 meters between him and the group. That prompted a move from other riders, who chased down Zdenek, reeling him in inside the last 500 meters.

Then Alaphilippe upped the tempo and launched Ballerini, and the Omloop Het Nieuwsblad winner produced another solid sprint that netted him his fifth podium of the season, behind Mathieu van der Poel (Alpecin-Fenix) and Wout Van Aert (Jumbo-Visma). Alaphilippe remained on the overall podium of the race, while João Almeida moved up a place in the GC and now sits seventh before the Prati di Tivo summit finish.

“It was an intense finale and I was on the wheel of Julian when he let a gap open and Styby tried his chance. Unfortunately, the others reacted, so we focused again on the sprint, but just as we came out of the last corner another rider came in front of us as we were preparing to accelerate and we were forced to break. Despite this, I could still get a top 3 finish, which is a good result given the conditions. The race has four more stages and we’ll continue to try to be up there and get some more good results”, Davide said in Gualdo Tadino. 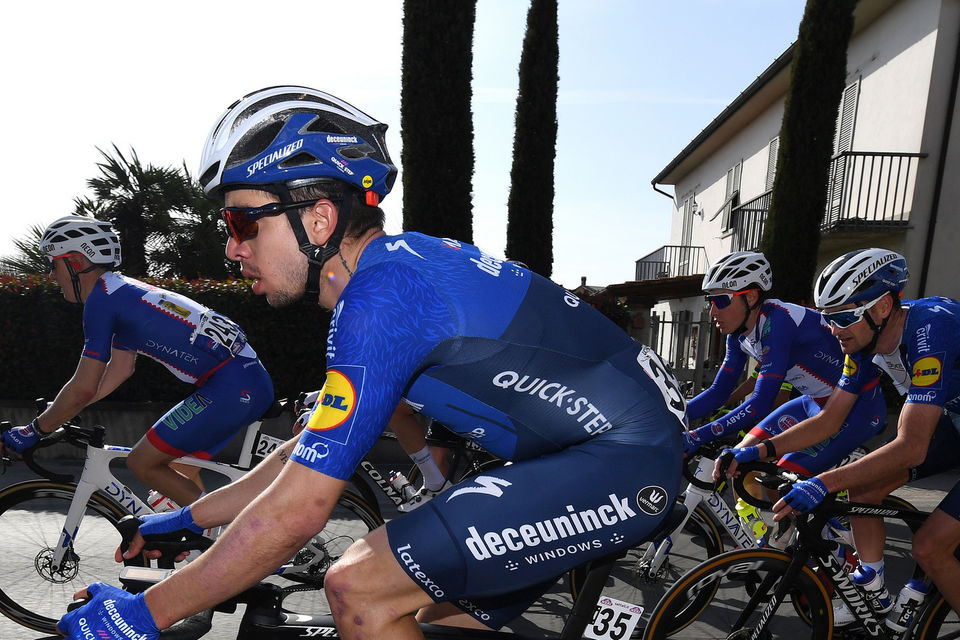 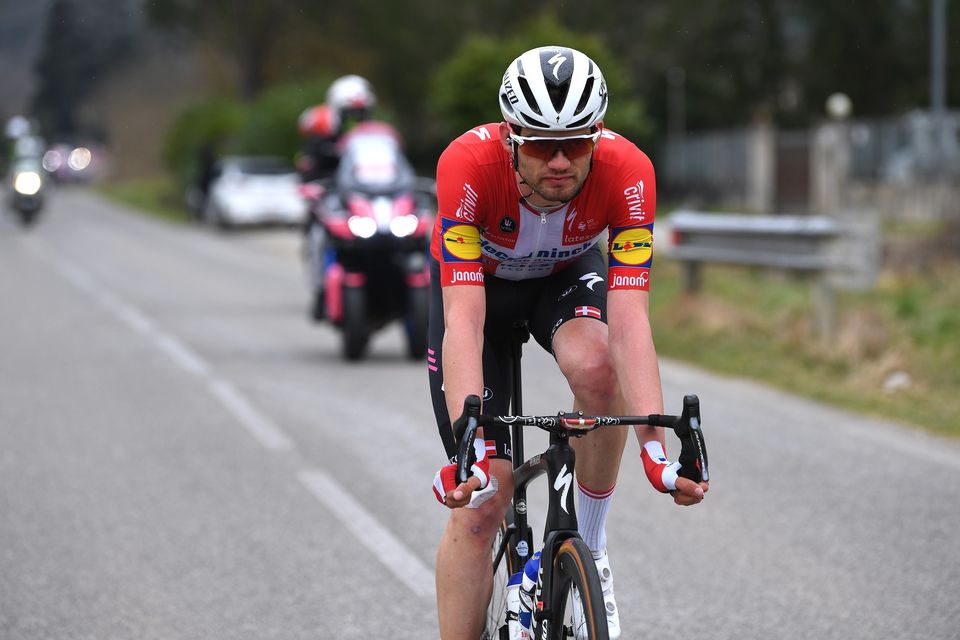