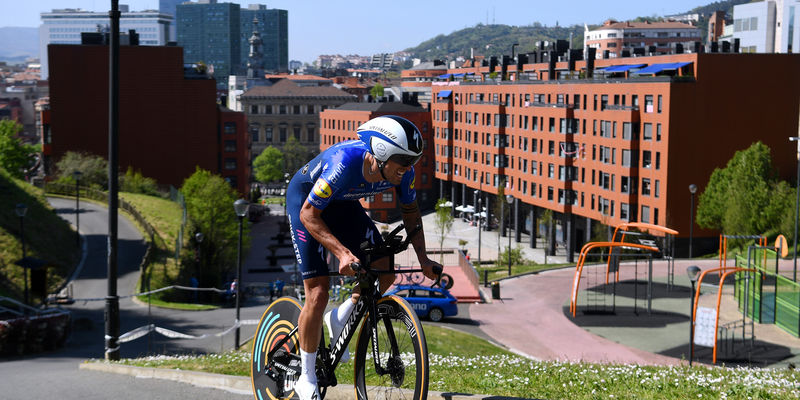 One of the best stage races in the world, the Vuelta al Pais Vasco returned after two years with a course that promises to test the climbers on a daily basis. Stage 1 was scheduled around Bilbao and consisted of a 13.9km individual time trial that saw the riders climb right away, before a long descent from the Santo Domingo ascent and a sting in the tail featuring some more punishing double-digit gradients.

Deceuninck – Quick-Step placed two riders in the top 20 by the time everything was done and dusted. Mattia Cattaneo, who is making his first ever outing at the Vuelta al Pais Vasco, concluded in 15th place after stopping the clock in 17:57, three seconds faster than teammate Mauri Vansevenant. The young Belgian impressed Monday afternoon, despite not being a specialist of the discipline, and finished in 17th position, the good condition he carried into the race from the Settimana Internazionale Coppi e Bartali.

The time trial set an initial hierarchy, but it’s very likely the standings will see some changes at the end of stage 2, which will take place over a demanding hilly course between Zalla and Sestao. 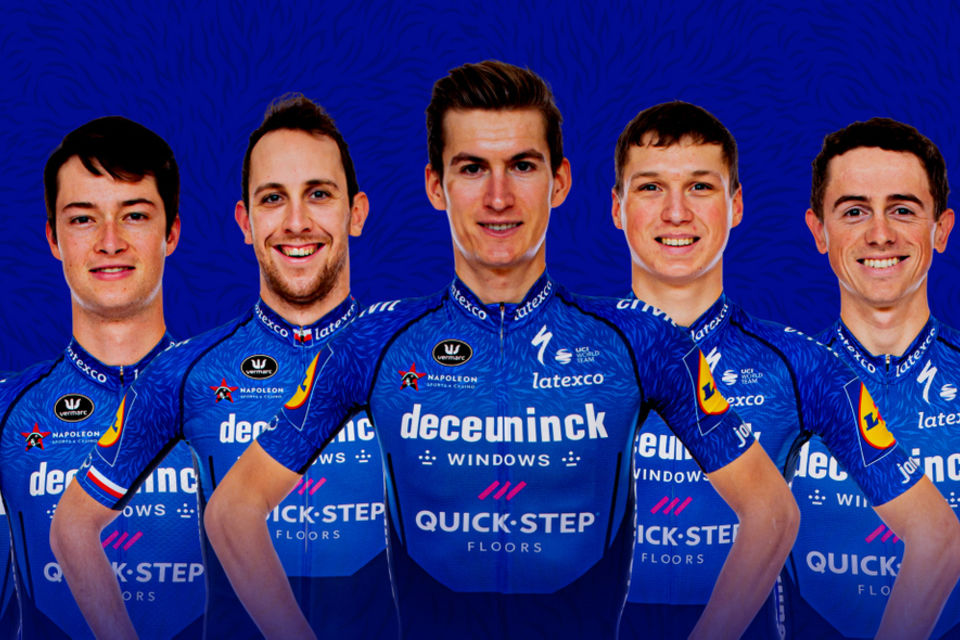 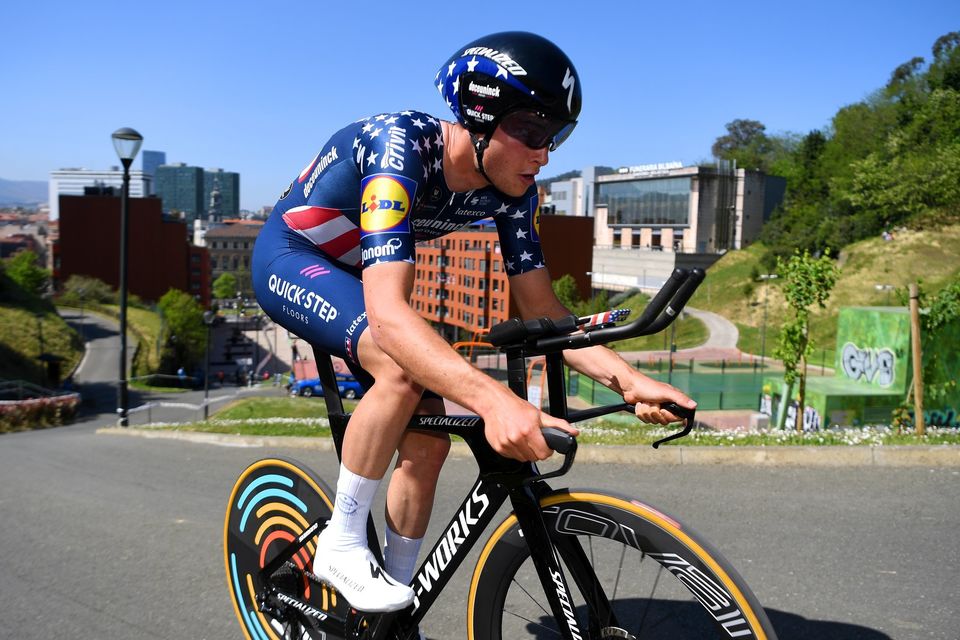