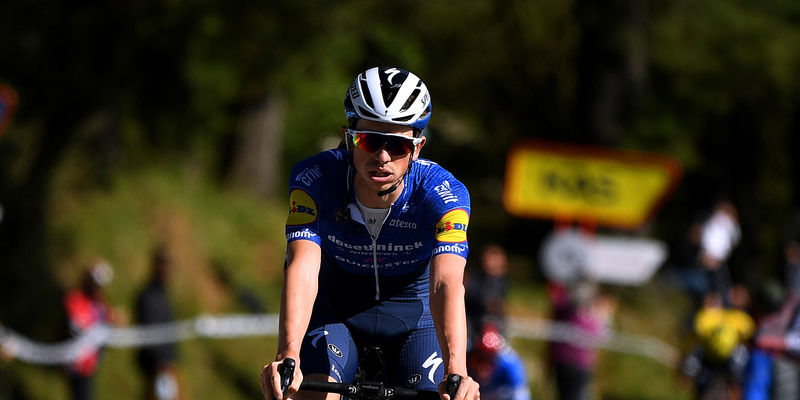 The Vuelta al Pais Vasco peloton took on some familiar roads Thursday afternoon, with the 189.2km stage between Gasteiz and Hondarribia including some climbs of the Clasica San Sebastian, which our team won twice in recent years, with Julian Alaphilippe and Remco Evenepoel. Hondarribia, which hosted a stage finish for the first time at the race in 1975, welcomed the peloton after the tough climb of Erlaitz and a fast descent, where surprisingly the big moves of the day came.

Six riders slipped away from the yellow jersey group, which contained Deceuninck – Quick-Step’s James Knox and Mauri Vansevenant, who once again impressed on the punishing double-digit gradients of the first-category ascent, despite a series of vicious attacks that ended up making a significant selection. The Cumbrian leaped away from the strong 15-man chasing group just as the road flattened and went in pursuit of the sextet, who managed to stay clear and fight for victory, which was nabbed on the line by Ion Izagirre (Astana-Premier Tech).

James came over the line around 50 seconds behind the winner, taking eighth just ahead of the chasers for his second consecutive top 10 at the Vuelta al Pais Vasco, which he added to the one he got atop Ermualde. This audacious ride helped the 25-year-old maintain his place in the top 20 overall, where he is joined by teammate Mauri Vansevenant ahead of what should be the easiest stage of this edition. 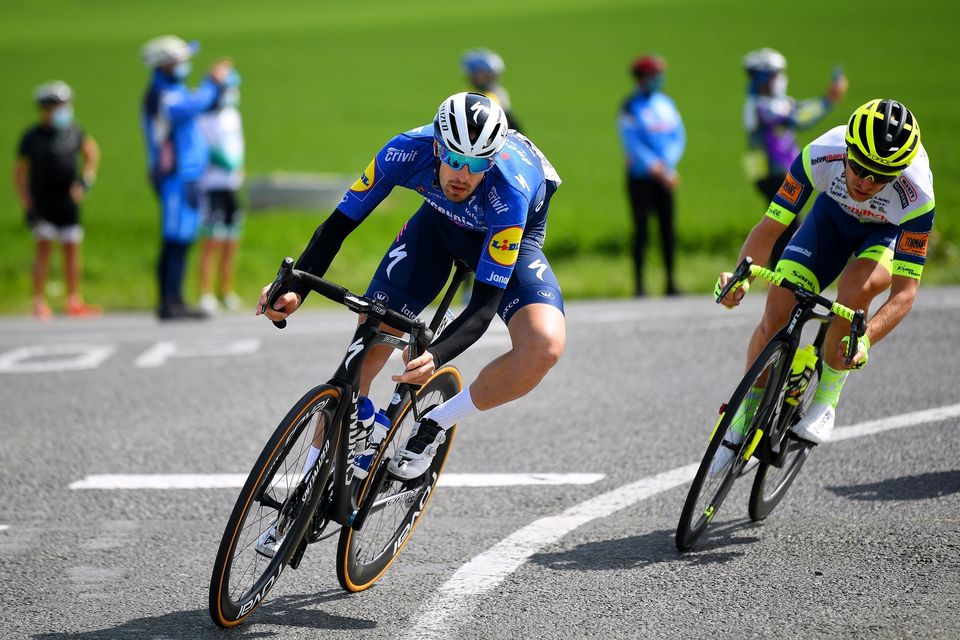