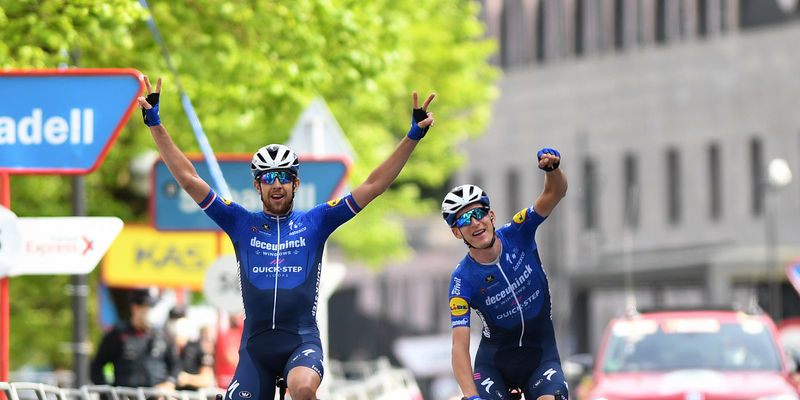 There aren’t many things better in cycling than two teammates finishing first and second in a race, as it just says something about that squad, its strength and the pervasive team spirit that fuels the riders before each race. On Friday, we got to enjoy one of these fine moments at the end of the 180.2km stage 5 of the Vuelta al Pais Vasco, which journeyed from Hondarribia to Ondarroa over a hilly course that, at least on paper, should have made it easy for the peloton to control the race.

Deceuninck – Quick-Step had other plans, and for that reason sent two riders – Josef Cerny and Mikkel Honoré – in a six-man break that was kept at no more than three minutes by a peloton keen on bringing it back together for the final kilometers in Ondarroa. Surprisingly for many, the sextet arrived at the bottom of the Urkaregi ascent with a two-minute gap, spreading panic in the bunch. The group splintered there under the impetus of Cerny and Honoré, who kept pushing only with Julien Bernard (Trek-Segafredo) for company.

At ten kilometers to go, the trio still had one minute over the bunch, who despite their furious chase didn’t make inroads into the gap, and that was mainly thanks to the Czech National ITT Champion, who buried himself at the front on the rolling roads to Ondarroa. On a short drag inside the last five kilometers, Mikkel got out of the saddle and opened a gap, with Josef following suit when he sensed the Frenchman couldn’t follow. 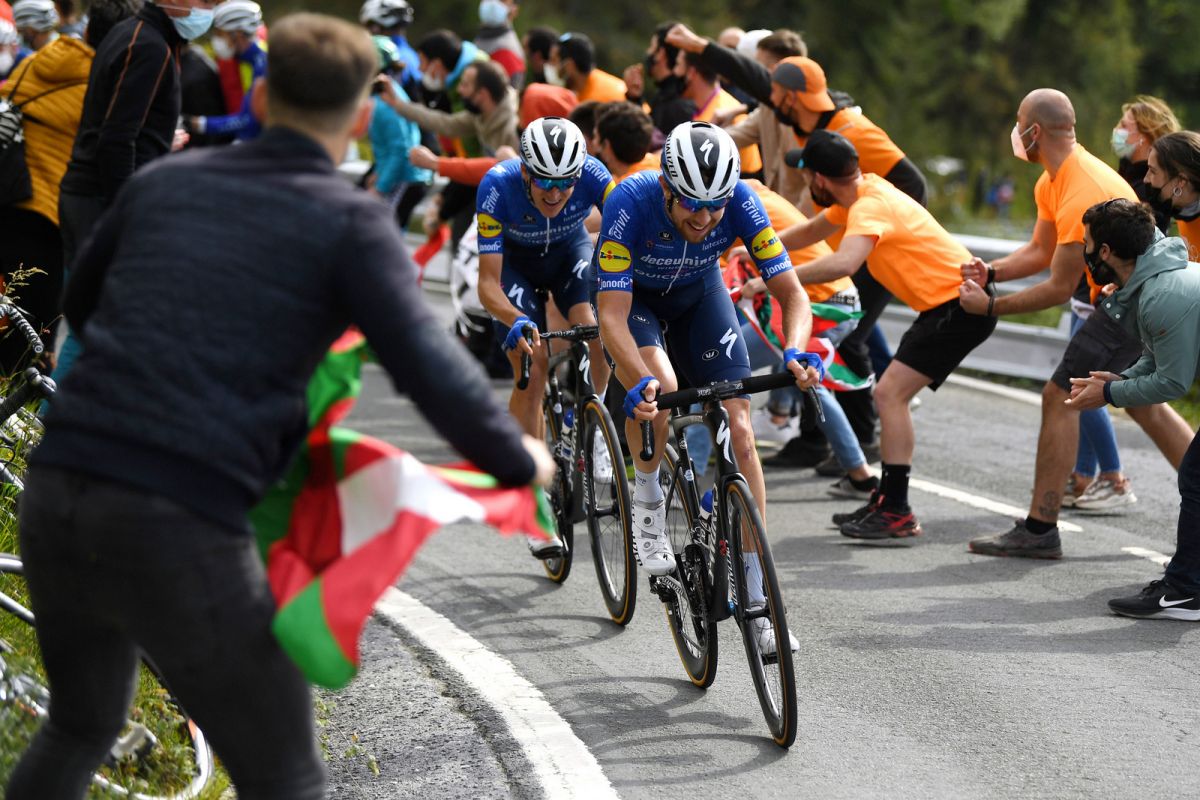 The duo kept pedalling smoothly as they rode under the flamme rouge, where they carried a healthy lead of around 40 seconds. With 200 meters to go, they both sat up and bumped fists as they made their way towards the finish side by side. Mikkel took the win, becoming the first Danish rider in more than two decades to claim a stage at the Vuelta al Pais Vasco, with Josef finishing at his side and making it a truly memorable day for Deceuninck – Quick-Step.

“It was our goal to be in the breakaway and once we got there, we worked very hard to remain as much as possible at the front. With our gap standing at one minute on the climb, it looked like a hard task, but we gave everything there and continued pushing. In the closing kilometers, I jumped on the short hill and waited for Josef at the top so we could go together to the line. He was incredible today and I want to point out that this isn’t my victory, but a win shared by the two of us, because I wouldn’t have made it without him. Getting to the line together with a teammate and celebrating a victory is one of the most beautiful things in cycling”, said an emotional Mikkel after Deceuninck – Quick-Step’s 15th win of the season.

“A memorable day for us. When we went into the break, our goal was to make the most out of this opportunity and I’m happy with how things panned out in the end. We believed in ourselves, kept the pace high in the finale and delivered a great team effort. That’s why we can be proud of what we achieved, as it’s a day we’ll always remember”, added Josef after contributing to the team’s magnificent display in the Basque Country. 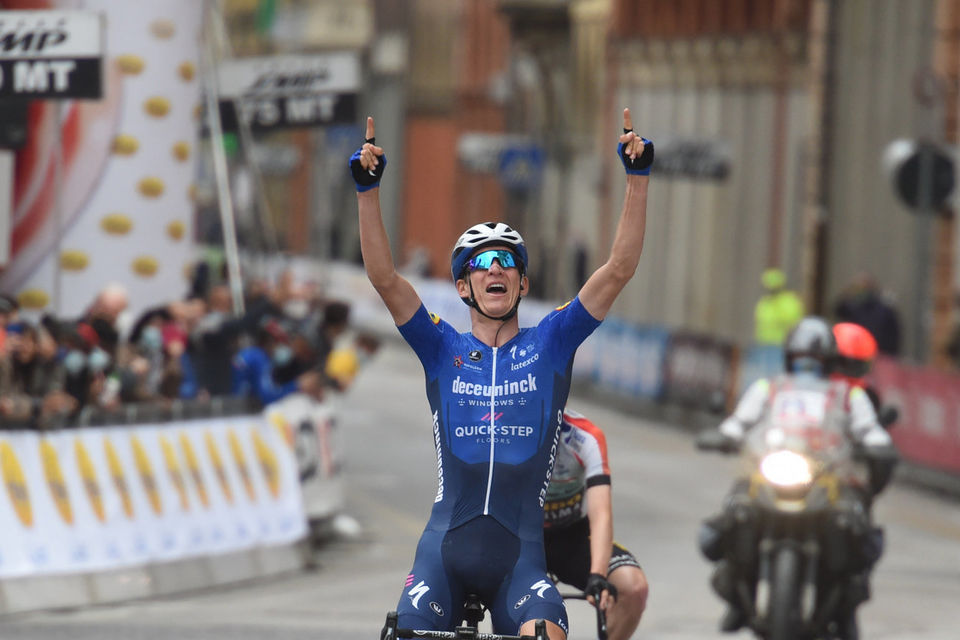 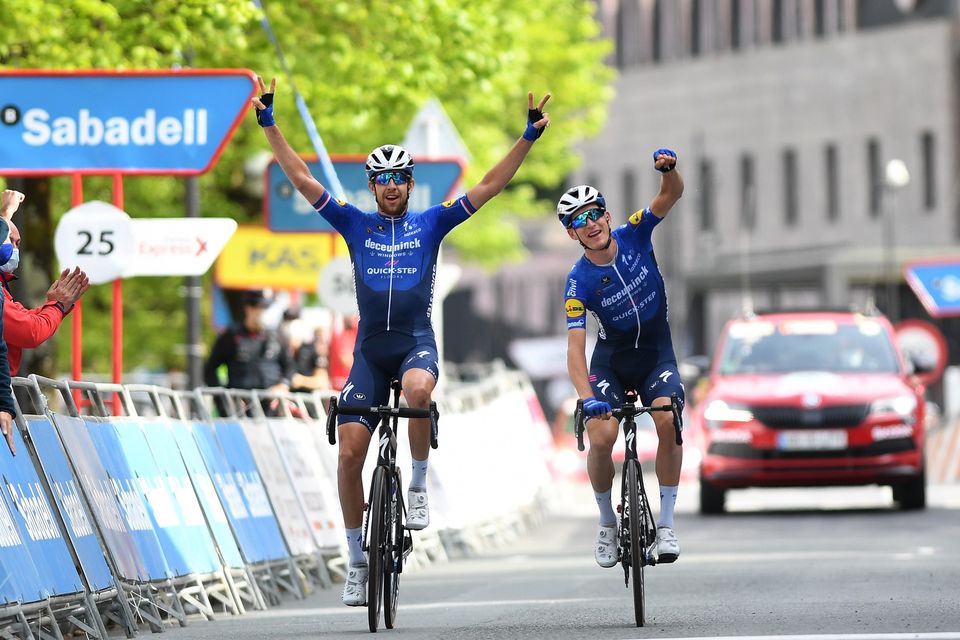