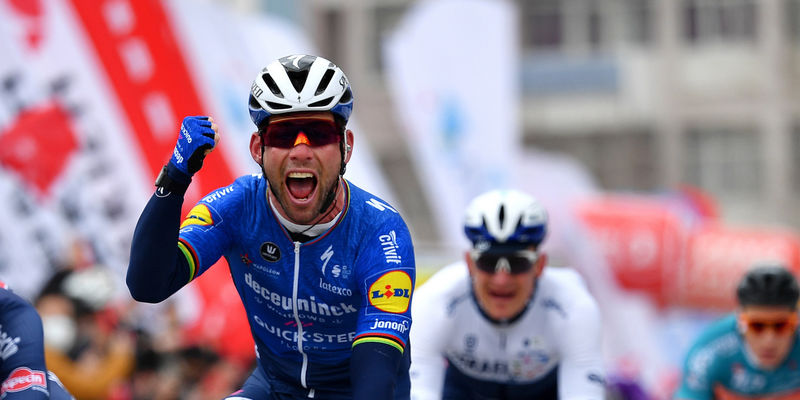 Mark Cavendish rolled back the years and delivered a fantastic sprint in the closing meters of Tour of Turkey’s second stage, claiming his first win of the season and the 147th of a storied career that has seen him become the best sprinter in the history of the sport.

For the second consecutive day, the stage ended in Konya, the city lying on the southern edge of the Central Anatolian Plateau, but it had a completely different outcome than the one of Sunday, when Cavendish had to make up ground in the closing 200 meters after a gap was opened when a rider almost crashed. This time, after a phenomenal work of his Deceuninck – Quick-Step teammates from the start of the day until deep in the finale, the 35-year-old went through the last corner fifth wheel and waited for the others to hit the front early, before unleashing a hugely impressive sprint.

With just 50 meters to go, Mark zipped past André Greipel (Israel Start-Up Nation) and Jasper Philipsen (Alpecin-Fenix), beating the Belgian for a wheel and claiming his first victory in more than three years, one that put a big smile on his face and which he celebrated with his Deceuninck – Quick-Step teammates after roaring over the line. 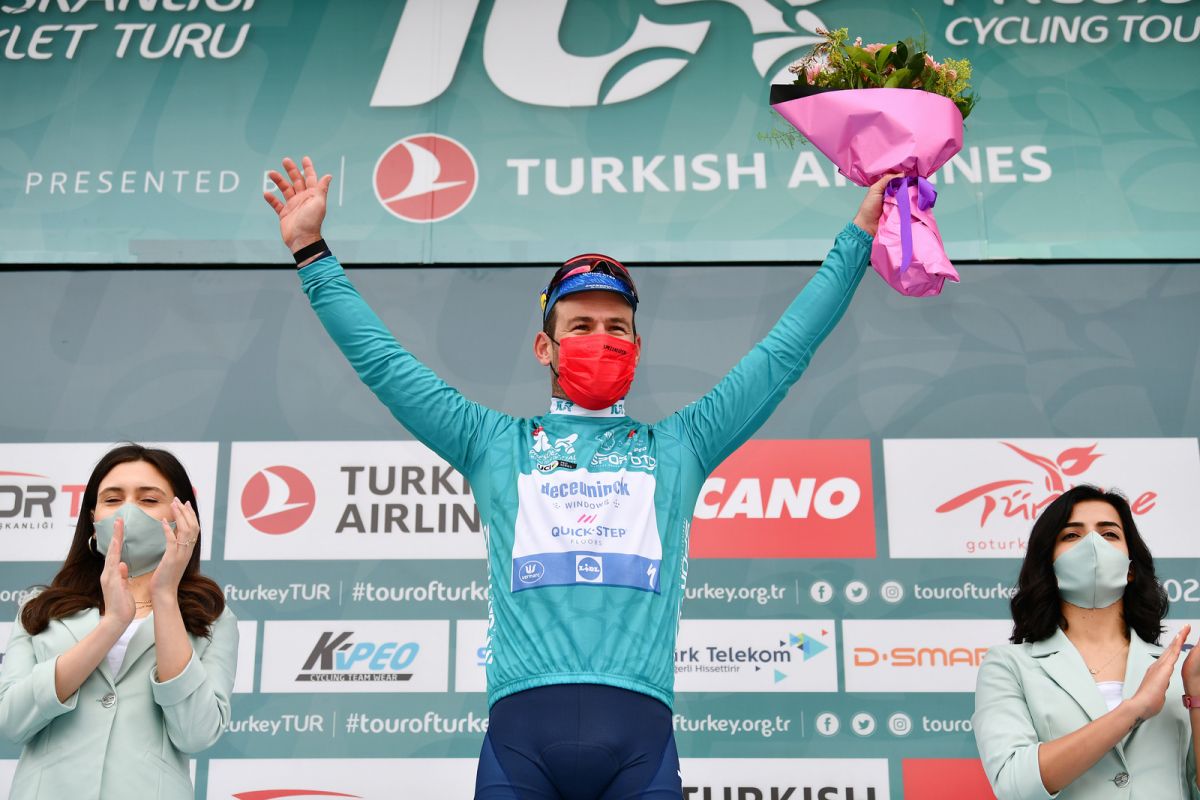 “It’s incredible, it’s super nice and I never get tired of this feeling! Everyone on the team was incredibly committed today and that was very important. I knew after yesterday that I had the speed needed to win and I also knew that if I would be on Greipel’s wheel, I would have a shot coming into the last couple of hundred meters. Philipsen jumped early and had a small gap, but I had enough to make up ground and I must say I was quite surprised at how quickly I came in the final meters of the stage”, Mark explained after his eighth victory at the race, which netted him the lead in the overall standings and the points classification.

“I want to thank Deceuninck – Quick-Step and Patrick for giving me this opportunity. Patrick believed in me and I am so lucky to be here in this special team, in this family. Some people didn’t think I could get back to winning, but he did and for that I am grateful. Just to get back to winning after what I’ve been through in the last couple of years is truly incredible. To win again was emotional and to hug all my teammates after the finish was amazing. What made me super proud was that Fabio was involved in this, working at the front in the finale together with the other guys, especially after what he has been through. As I said, this team is a family and I am happy to be part of it”, added Mark after his 45th victory with the Wolfpack. 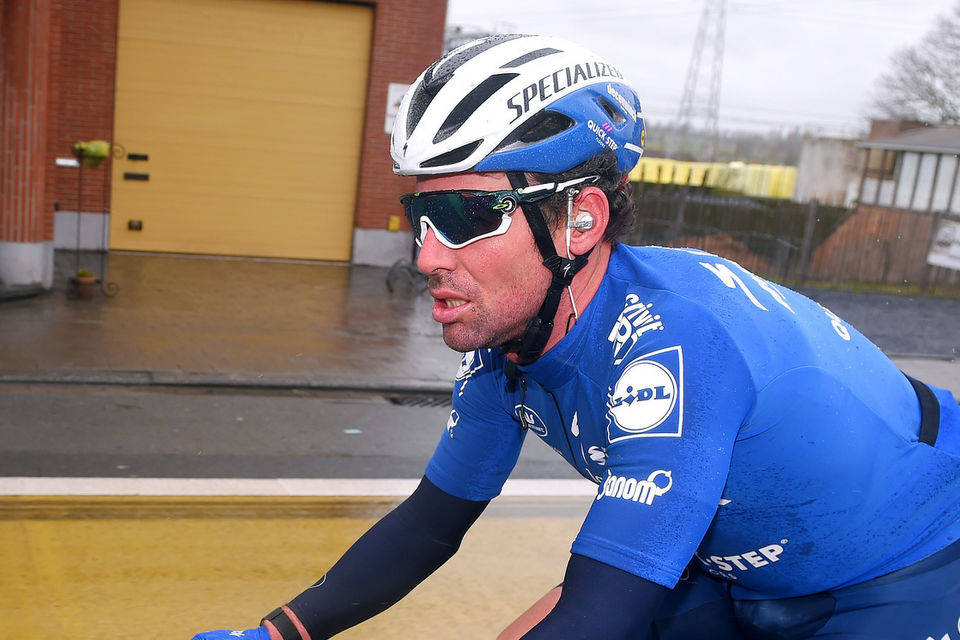 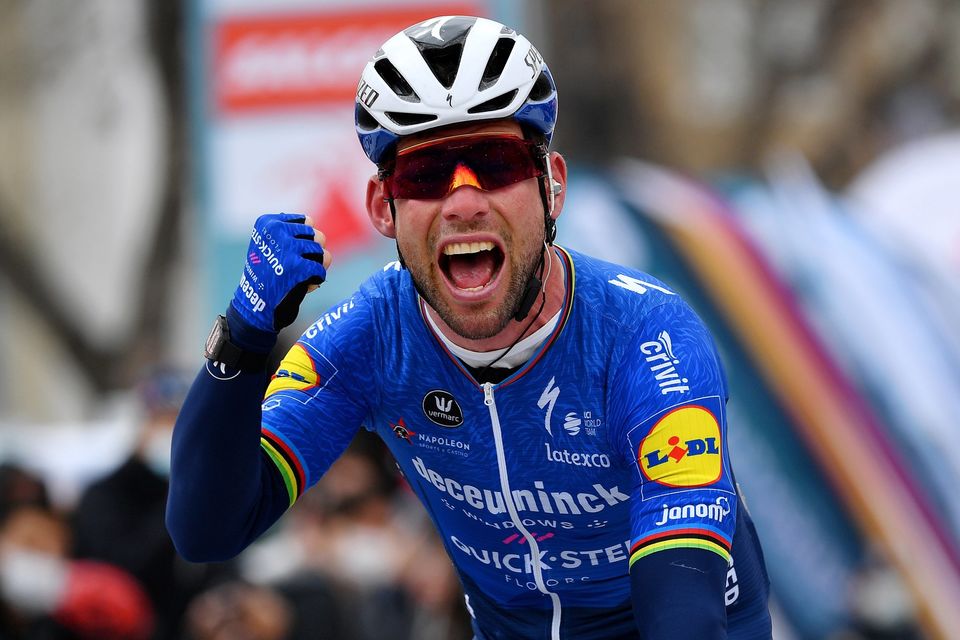