Cavendish in green at the Tour of Turkey 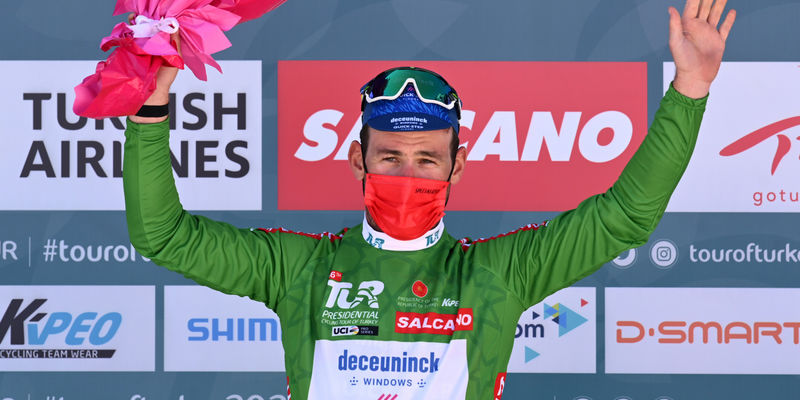 Stage 5 of the Tour of Turkey travelled from Kemer to Göğübeli, the 12.1.km climb averaging 6.3% which made a return after five years. The difficulty of the ascent made it clear from the very outset that it would be almost impossible for the breakaway to make it, but that didn’t stop six men from jumping clear after the start and establishing a five-minute maximum gap.

Midway up the last climb, they were pegged back by a depleted peloton, who then fragmented over the punishing double-digit gradients close to the top. The fight for victory was a three-man affair and it was Juan Manuel Diaz (Delko Marseille) who took the win with a late surge.

Mark Cavendish – who twenty-four hours earlier scored Deceuninck – Quick-Step’s 800th victory – started the day in the turquoise jersey, rewarding the overall classification leader, and swapped it at the finish for the green jersey awarded to the rider topping the points standings. The Manxman, winner of three consecutive stages, is favourite to wrap up the classification, which he won in both 2014 and 2015, having a commanding lead going into the last three days of the race. 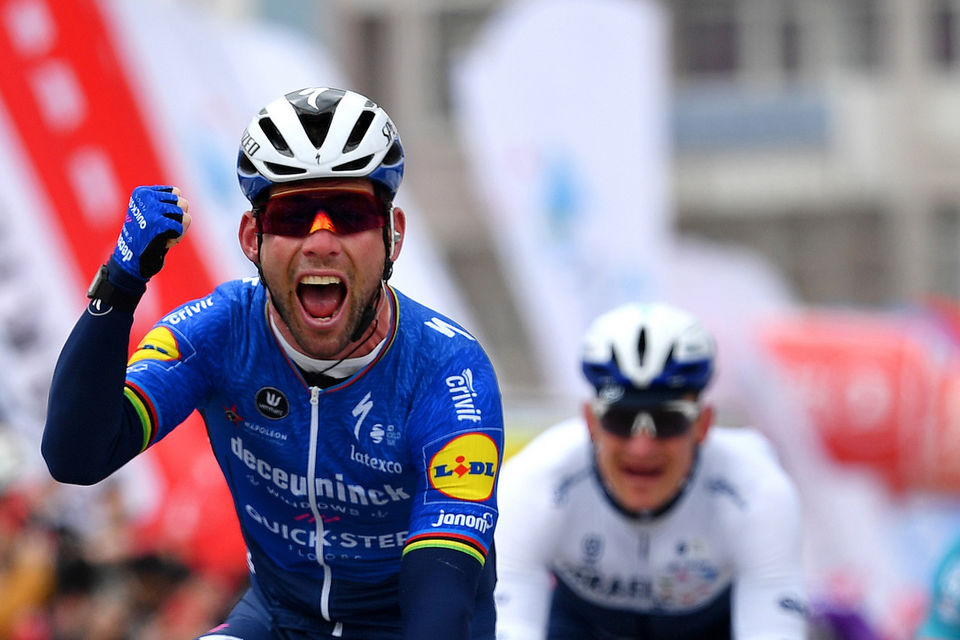