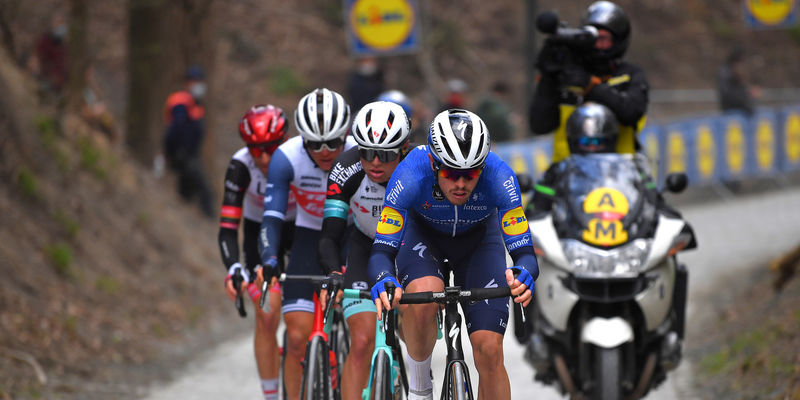 Rémi Cavagna carried the flag for Deceuninck – Quick-Step Wednesday afternoon at Brabantse Pijl, which didn’t end up being one of our best races of the Classics campaign after a crash that occurred inside the last 40 kilometers took down three of our riders: Mattia Cattaneo, Mikkel Honoré, and Florian Sénéchal. All three abandoned the 201.7km Belgian one-day race, but fortunately, further examinations excluded any serious injuries, of the three only Mikkel needing some stitches after a cut on his right forearm.

At that point of the race, Rémi was in the front, having attacked 60 kilometers from the line on the Moskesstraat, where together with a handful of riders he pushed clear and erased a one-minute deficit, joining the original breakaway. The newly-formed group, where the “TGV of Clermont-Ferrand” was extremely prominent with his trademark long pulls, enjoyed a 40-second lead before three riders who in the meantime had attacked from the reduced peloton bridged across, some 30 kilometers from the finish.

With two climbs still left on the menu, three riders went clear, and taking advantage of some hesitation behind, they built enough of a lead to fight for victory in Overijse, where Tom Pidcock (Ineos Grenadiers) prevailed. The eight-man chasing group came home a couple of seconds down and the 25-year-old Frenchman finished 11th, his best result in four participations at the race.

“I know Brabantse Pijl quite well and I like this race, so today I was really motivated. I attacked from afar because the plan was to be in the front to help my teammates for later in the race, but it wasn’t possible for them to join me because of that crash. It’s a pity that happened, because otherwise we could have scored a good result. I gave my best out there and wanted to make the most out of being in the front, but it was harder and harder in the finale and I missed some power. Despite this, today’s ride gave me a lot of confidence for the next races, which I am looking forward to”, an upbeat Rémi said after the race which took in some of the roads that will feature later this year at the World Championships. 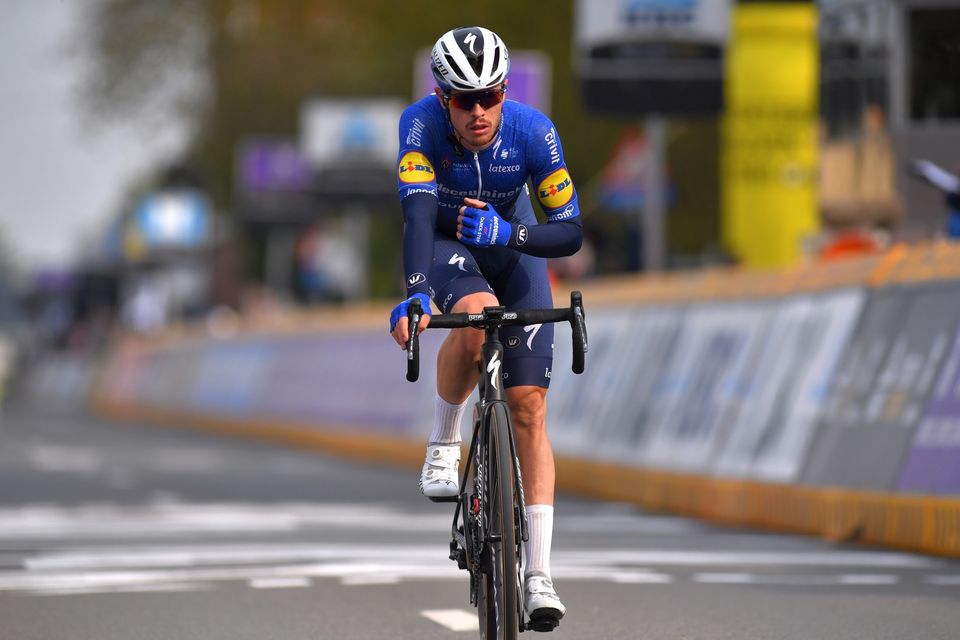