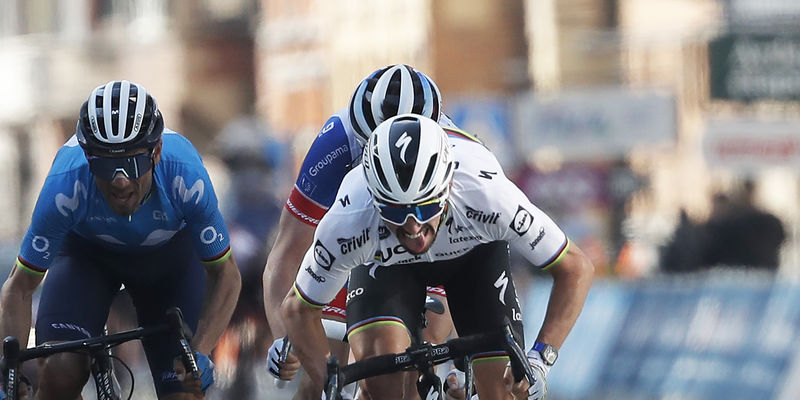 Julian Alaphilippe finished second at “La Doyenne”, six years after getting the same result at his debut there, albeit on a different finish. If in 2015 his podium came in the suburb of Ans, this time it happened in downtown Liège, where the race returned since 2019, after almost 260 kilometers peppered with eleven climbs, the last of which was Côte de la Roche-aux-Faucons, where the main move of the day came.

Five riders zipped clear of the peloton over the top of the 1.1km ascent, World Champion Julian Alaphilippe being among them. Victorious just four days ago in Flèche Wallonne, the 28-year-old Frenchman was very active in the group, putting in several long and strong turns that helped the quintet extend their advantage over the chasers to more than 30 seconds in the outskirts of Liège. Then, inside the final two kilometers, Alaphilippe closed down an attack before slotting into a perfect position going under the flamme rouge.

The rainbow jersey waited for the others to kick out before launching his sprint on the right side of the road with 150 meters to go and coming round his opponents only to be pipped on the line by Tadej Pogacar (UAE Team Emirates). It was Julian’s sixth podium in a Monument, one that brings to a conclusion another impressive spring campaign that saw Deceuninck – Quick-Step’s rider finish top ten at all three Ardennes Classics.

“I did a very good race and the same can be said about the team, they rode perfectly today and did a stellar job, controlling everything from the start until the last ascent, and I must say a big thank you to them. After the main group formed over the top of the Côte de la Roche-aux-Faucons, we worked well together and managed to open a nice gap on the chasers, which allowed us to focus on the finale. I opened my sprint at the right moment and did everything as I should, but one rider was stronger today and there wasn’t much to do about that, so I don’t have any regrets. Despite not winning the race, I am still happy, because being on the podium of Liège–Bastogne–Liège is always a special moment. Overall, I can be satisfied with my Ardennes campaign”, said the World Champion. 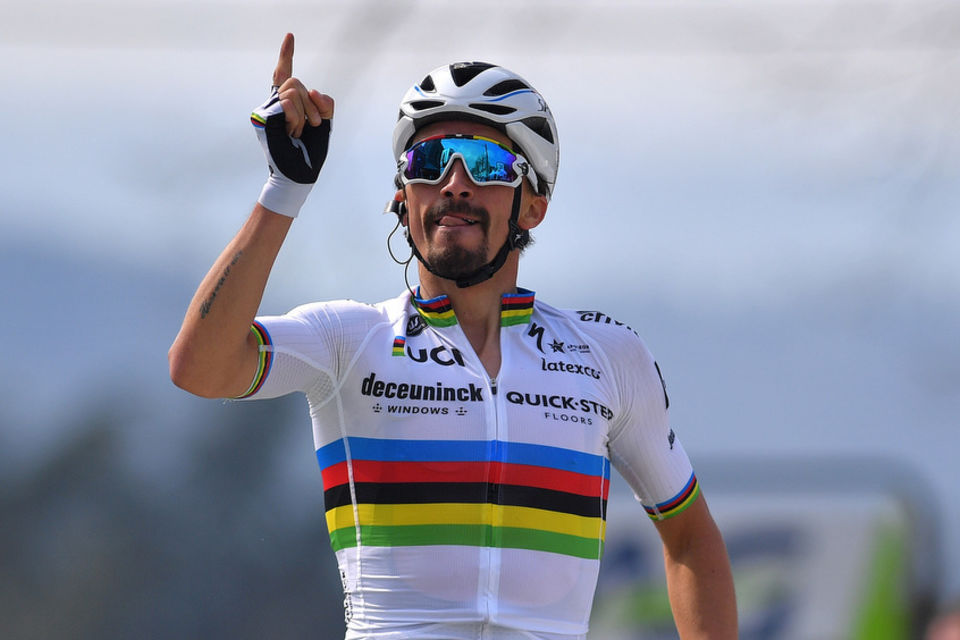 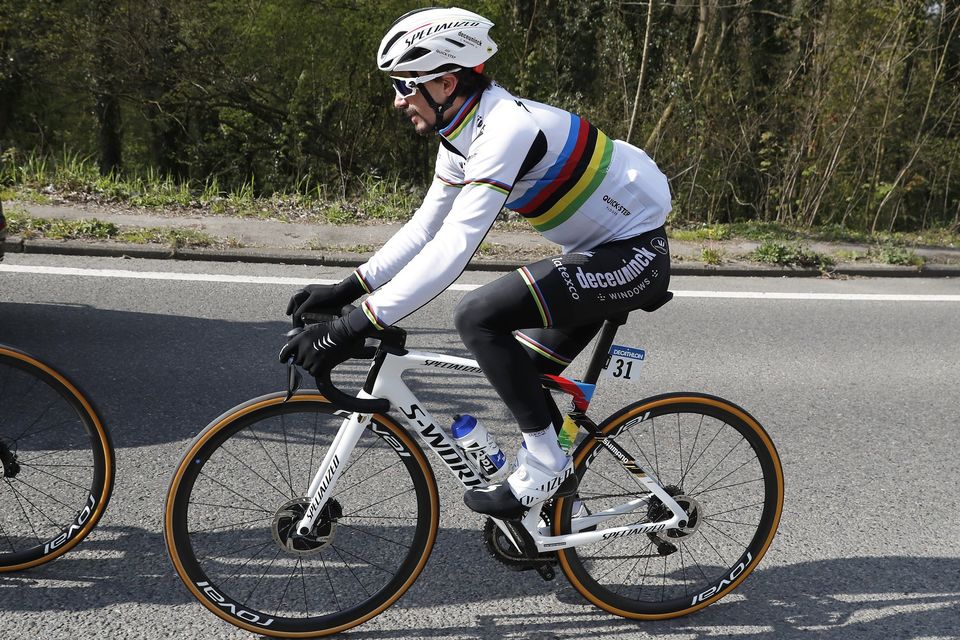