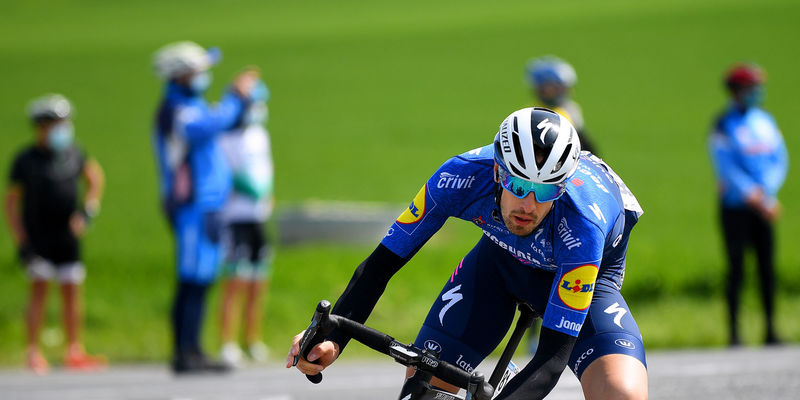 Filthy conditions and seven classified climbs awaited the peloton just ahead of the two decisive stages of the Tour de Romandie, and contrary to expectations, the spitting rain encouraged seven riders to break clear from the outset of the stage held around Estavayer and put a maximum of five minutes between them and the bunch.

The wet roads helped the attackers carry a significant lead onto the ramps of the penultimate climb, where things began to fell apart, an injection of pace at the head of the peloton reducing their advantage to a mere 40 seconds. Three riders accelerated from the leading group, trying to hold off the chasers, but they were eventually reeled in on the last ascent, which came inside the final ten kilometers.

Near the top, Marc Soler (Movistar) attacked sensing a lull in pace and went on to win the stage, some 20 seconds ahead of a small group that included Deceuninck – Quick-Step’s Mattia Cattaneo and Fausto Masnada. Despite the big attacks lacking on this wearing day, the GC witnessed some changes, as several riders dropped out of the top 10. This helped Cattaneo climb in the standings up to sixth ahead of the race’s only summit finish, Thyon 2000. 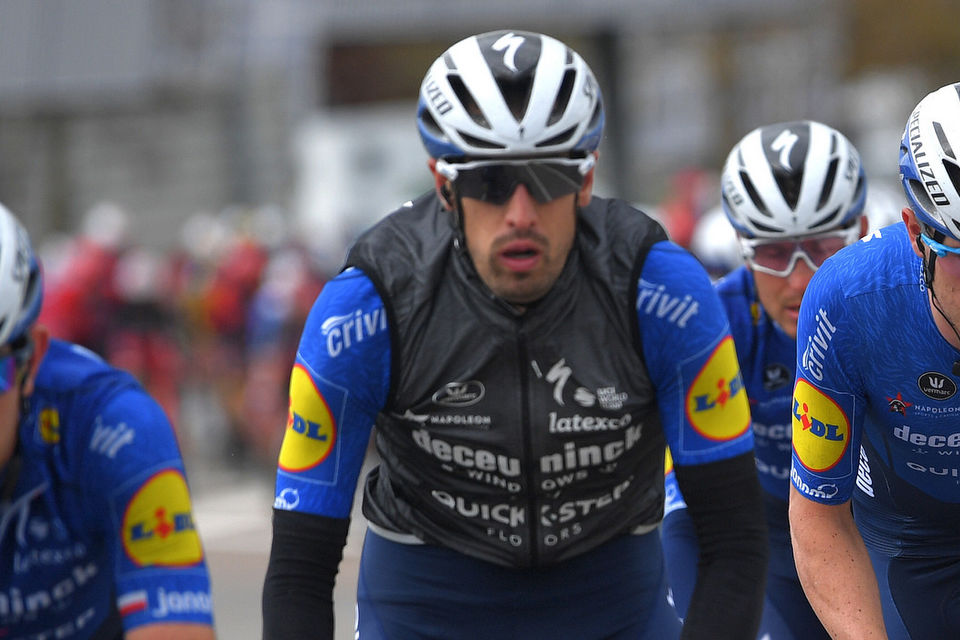