Fantastic Almeida racks up another great result at Il Giro 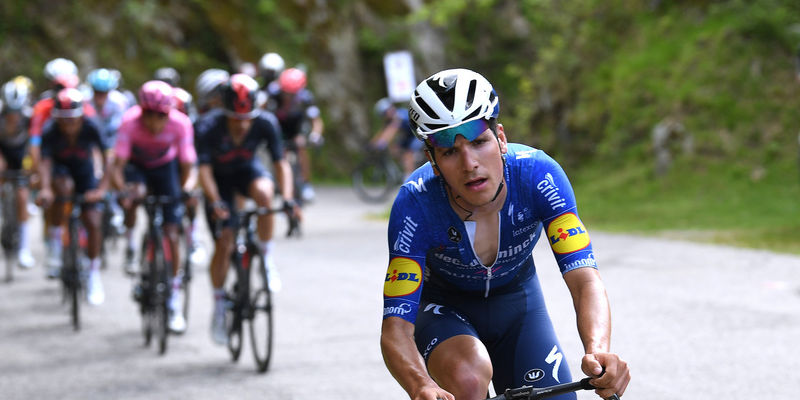 João Almeida was a man on a mission Friday, when the Giro d’Italia tackled Alpe di Mera, a climb used for the first time at the race. Long before reaching its bottom, the Portuguese had its team hit the front and push a hard tempo, that reduced the escapees’ gap while shedding riders out the back of the peloton. One of the most experienced men in the peloton, Iljo Keisse had the reins on the flat, before passing them to Mikkel Honoré, who led the way onto Passo della Colma.

His forcing left only about 50 men in the main group with 30 kilometers to go, but our team’s presence at the front didn’t end there, as Pieter Serry and James Knox continued to apply pressure with Almeida tucked on their wheel. On the last climb, averaging an excruciating 9% over 9.7 kilometers, João attacked as soon as James peeled off the front the moment he concluded his massive effort and opened a small gap before the others reacted.

One of the best in the world when it comes to pacing himself, Deceuninck – Quick-Step’s Portuguese didn’t panic when Simon Yates (Team BikeExchange) caught and distanced him, measuring his effort perfectly, which allowed him to tame the draining double-digit gradients of the Alpe di Mera without going into red. Together with Egan Bernal (Ineos Grenadiers), Almeida began reducing the deficit to the Brit, before launching an acceleration that dispatched the maglia rosa under the flamme rouge. 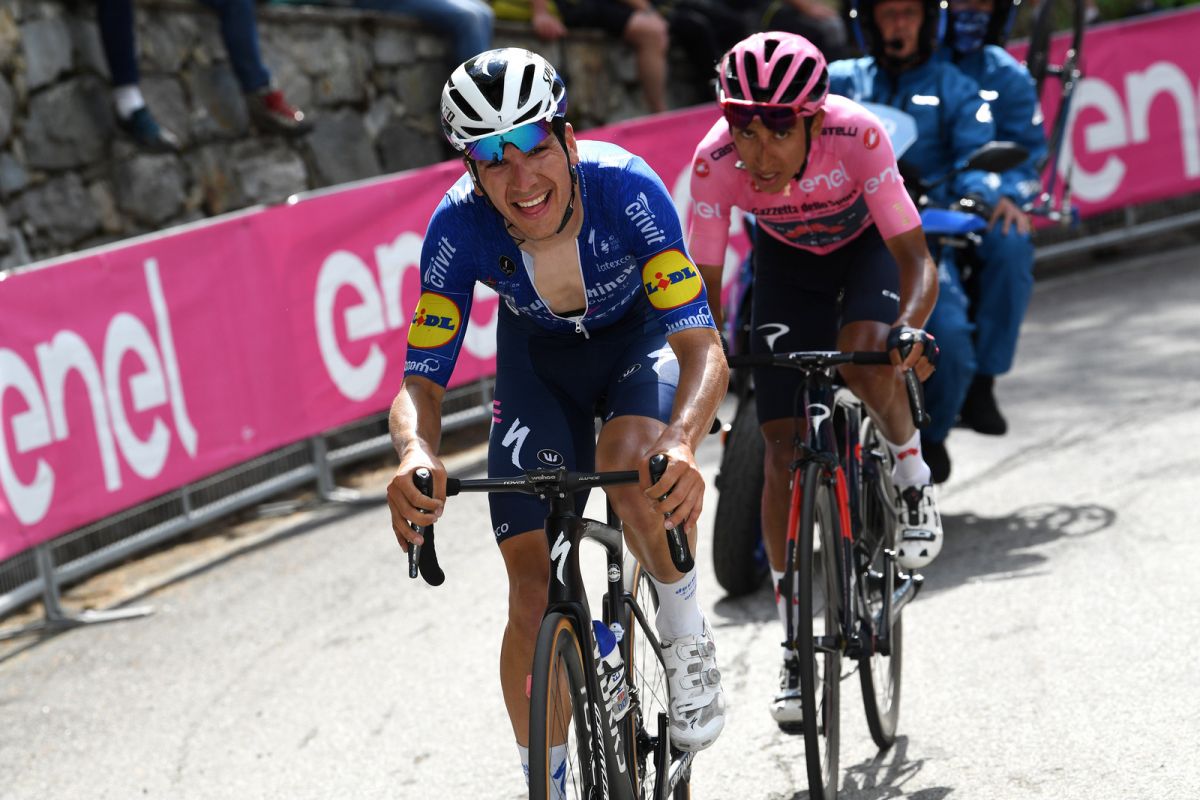 Eventually, despite his unwavering determination and insanely strong chase, he finished a bitter second, as Yates took the win, making it for the second day in three days that he concluded runner-up on a tough summit finish. Although he didn’t claim the win on stage 19, João was content with the superb effort he produced, which cemented his eighth place in the general classification.

“First of all, I want to thank the entire team, they were incredible and did a perfect job for me today. I felt good and confident, so I attacked early to see what could happen. To be up there again with the other GC guys on this hard climb was nice and showed that I have good legs at the moment. It’s a pity I missed the win and took second again, but on the other hand, I gained more time in the standings, which bodes well for the remaining stages, where we’ll see what I will be able to do”, said Almeida after his sixth podium in two Giro d’Italia participations. 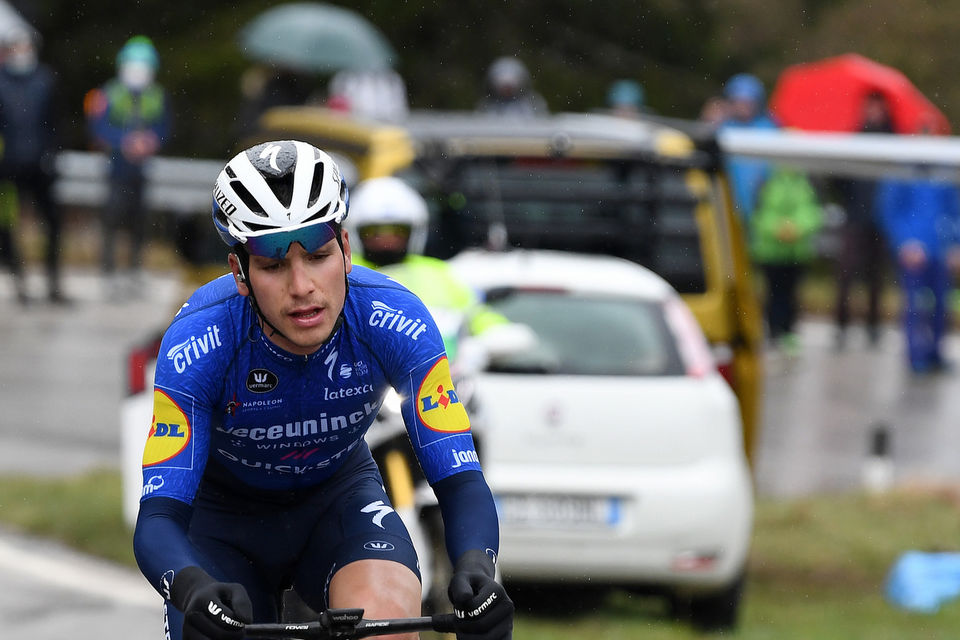 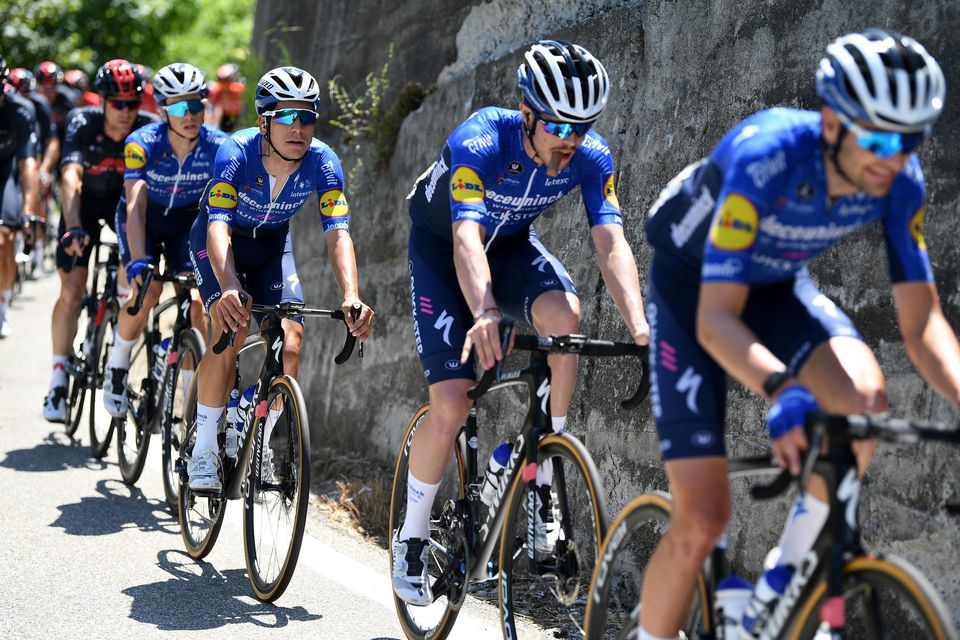