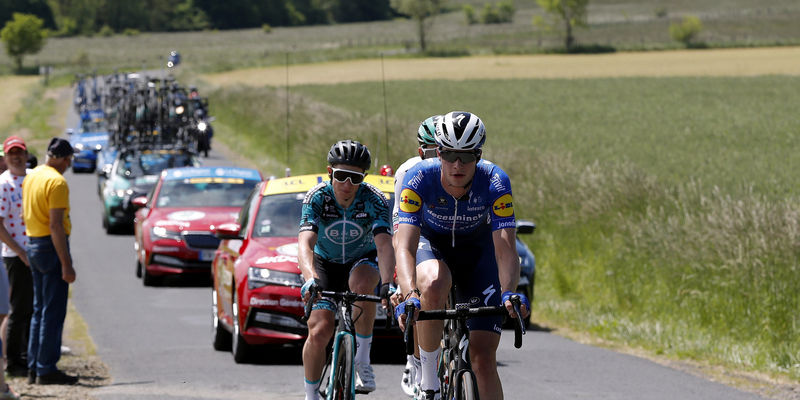 The 76th edition of the French race got underway Sunday afternoon with a hilly 182km stage held around Issoire. Taking in eight small classified climbs, the course was one suited to a breakaway, which formed minutes after the flag was waved. Ian Garrison was there for Deceuninck – Quick-Step, helping the four-man group nudgedout their initial gap to a five-minute advantage with around 80 kilometers to go.

On one of the toughest hills of the stage, things became more difficult for the quartet, who began losing time as well as members, the US ITT Champion being among those dropped. At the bottom of the last climb, only one more rider was still at the front, and despite a concerted chase of the bunch, Brent Van Moer (Lotto-Soudal) managed to hold off the field and seize the win and the first leader’s jersey of the race.

Ronde van Vlaanderen champion Kasper Asgreen, who returned to racing for the first time since taking an impressive third overall at the Volta ao Algarve, mixed it up with the fast men and concluded in eighth place. 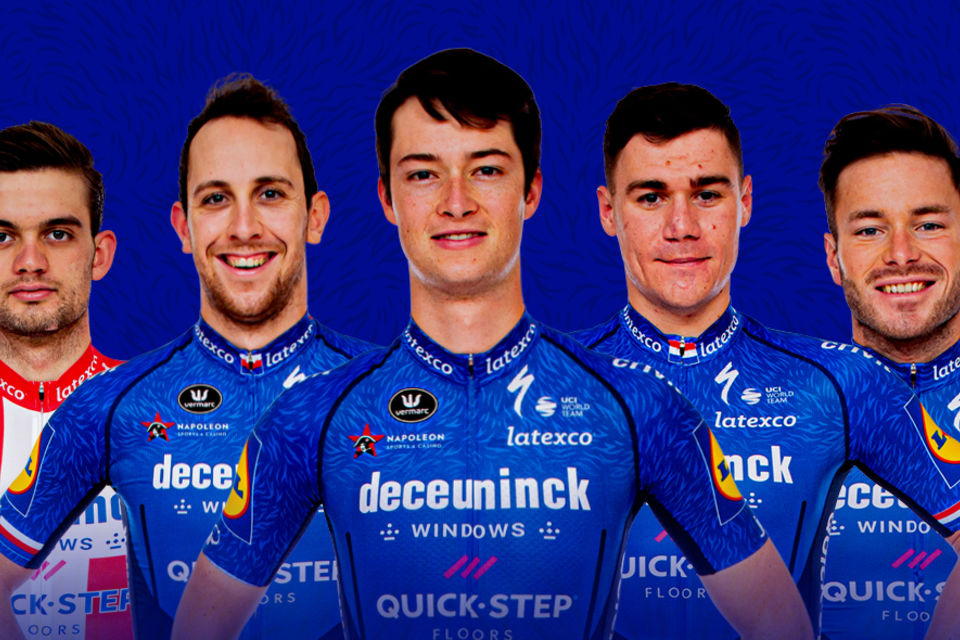 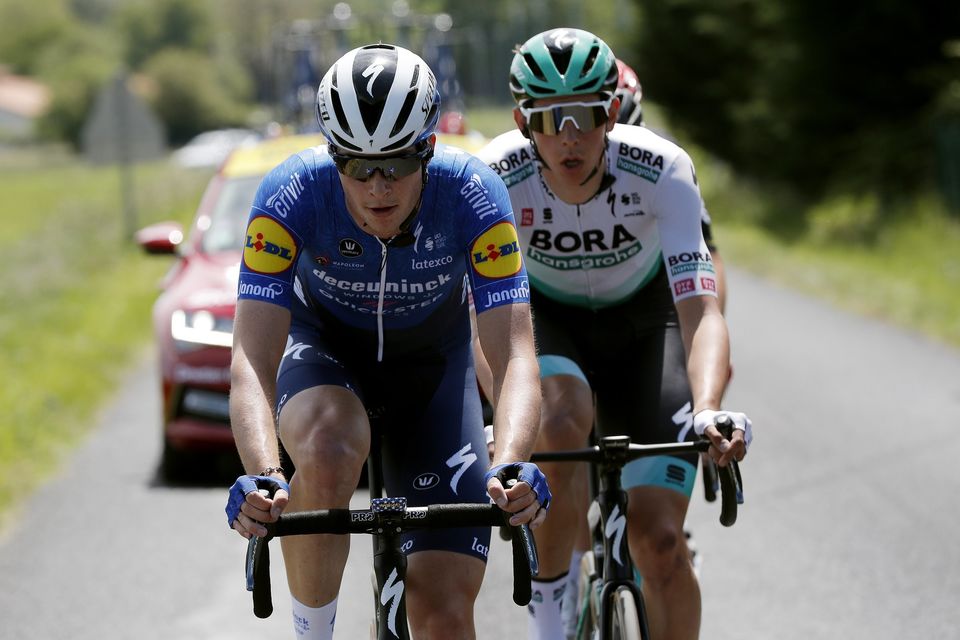