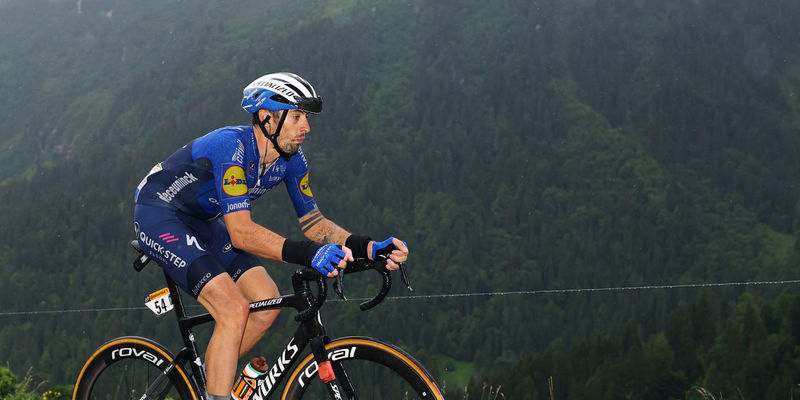 Mattia Cattaneo turned himself inside out on the hardest day of the Tour de France so far, one that took in over 4000 vertical meters and five classified climbs including the Col du Pré, Cormet de Roselend and Tignes, which hosted a stage summit for the first time in the race’s history.

The 30-year-old featured in the breakaway for the second consecutive day, this time together with Deceuninck – Quick-Step teammates Julian Alaphilippe and Kasper Asgreen in a mammoth 43-man group that fragmented on the slopes of Col des Saisies. With 100 kilometers to go, Mattia was the team’s only member in a considerably reduced group and kept pushing in the atrocious weather on this rain-lashed stage.

On the final ascent, it was more or less every man for himself, as the gap to the peloton was of more than eight minutes at that point, and Cattaneo continued to ride a strong race behind Ben O’Connor (AG2R Citroen), who at that point was alone in the lead with a considerable gap over his former breakaway companions. Top 10 overall at the UAE Tour and Tour de Suisse, Mattia went in pursuit of the Australian after dispatching all the other members of the group and rode admirably, impervious to the filthy conditions, increasing the tempo near the top of Tignes and pacing himself perfectly.

This netted him second on the stage, a remarkable result for the always-smiling Italian – who is racing his first Tour de France – which made him quite emotional: “Second is the first guy who lost, but for me it was a day to remember. At the beginning of the stage I suffered a lot due to Saturday’s effort and the cold, but kilometer by kilometer I felt better. We were dozens of riders in that big group and when I saw that a lot of those guys started losing contact I got quite a morale boost. Today, I raced more with my head than with my legs. I hope to continue like this in the next two weeks. I am in the best team in the world, an amazing group of guys and this makes me very happy”, said a visibly delighted Mattia – now 12th on the general classification – after the valiant effort he produced on the last day in the Alps. 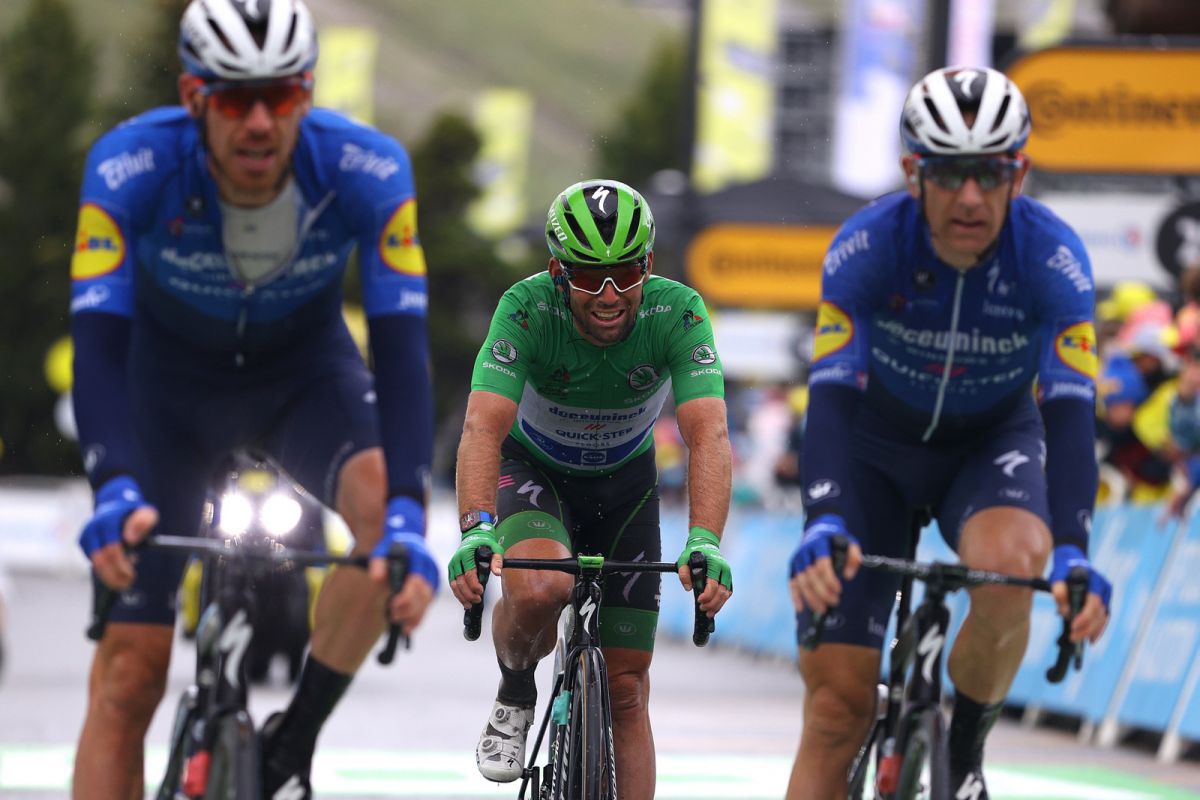 Sunday’s stage witnessed many stories develop on the roads to Tignes, and one of those had Mark Cavendish in the spotlight. The Manxman was part of the large gruppetto that fought hard to make the time cut, and with less than four kilometers to go, things were still in balance for them, but an incredible team effort saw the 36-year-old roll over the line with one minute and a half to spare, meaning that he’ll now carry the green jersey into the second week.

“This was one of the stages I was terrified of and there was a lot of suffering today. We got dropped on the first classified climb, but I had these amazing guys around me, who paced me and gave a lot of support. I’m quite emotional I got over it and happy that I’m still in the race. I had Dries, Michael and Tim with me and I’m so grateful to them for what they did for me today and how hard they worked”, Mark Cavendish said before going to the podium to collect his 31st green jersey. 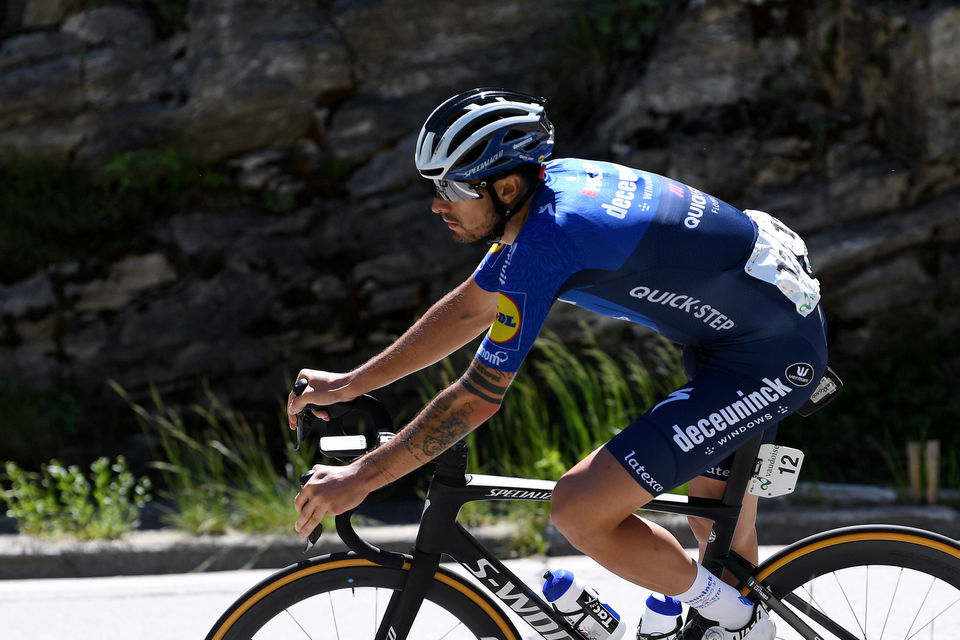 Mattia Cattaneo: “One stage in the Tour de France can change your career” 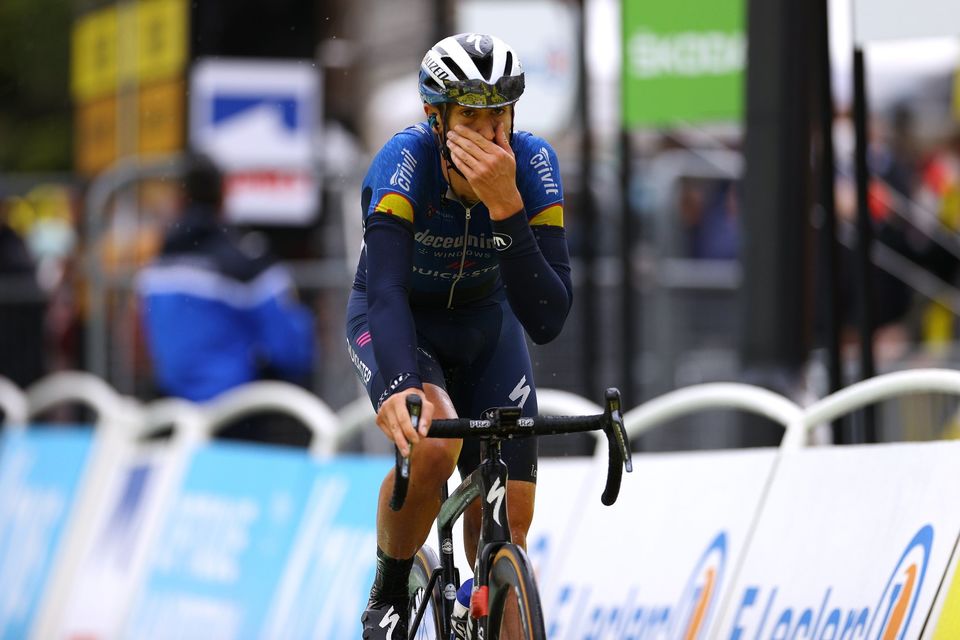