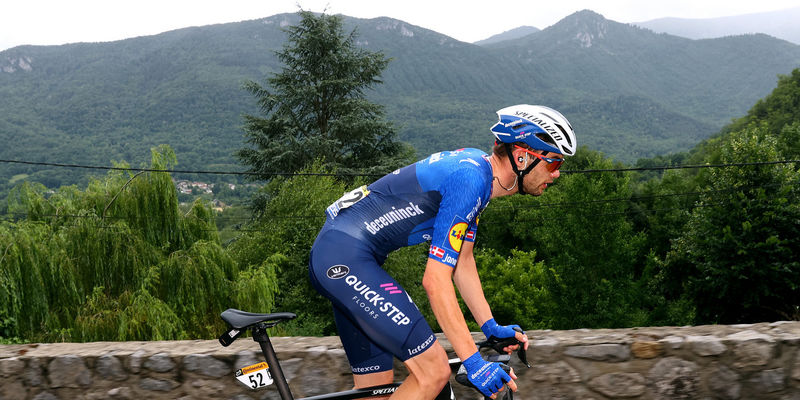 Saint-Gaudens hosted the Tour de France for the first time in 1950, when Gino Bartali took the win from a nine-man group that included the likes of Louison Bobet, Raphaël Géminiani and Fiorenzo Magni. On Tuesday, it made its 15th appearance at the race, at the end of a 169km stage that started from Pas de la Case, a small town in Andorra lying at the border with France.

The day, which threw at the riders nagging rain, stiff headwind and low temperatures, was bookended by attacks, the first to make his move being Kasper Asgreen. The Danish powerhouse enlivened the race as he put two minutes between him and the peloton on the long and twisty roads leading to the first classified ascent. There, three kilometers from the top, he was joined by teammate Mattia Cattaneo and Michal Kwiatkowski (Ineos Grenadiers), and for a couple of minutes it looked like that would be the breakaway of the day.

The bunch, however, had different plans and rode full gas behind the trio, reeling them in on the descent. Another group slipped away and it was from there that Patrick Konrad (Bora-hansgrohe) rode clear on the penultimate climb, taking the victory in Saint-Gaudens, some 12 minutes ahead of the small yellow jersey group which also featured Cattaneo.

Mark Cavendish lost contact with the peloton on Col de Port, but thanks to another admirable work of his teammates, he returned to the field before the start of Col de la Core. Eventually, the 36-year-old was dropped again but could rely on the same Davide Ballerini, Tim Declercq, Dries Devenyns and Michael Mørkøv to bring him safely home, well inside the time limit. His day didn’t end there, as Cavendish went to the podium shortly after the stage to collect the 37th green jersey of his career. 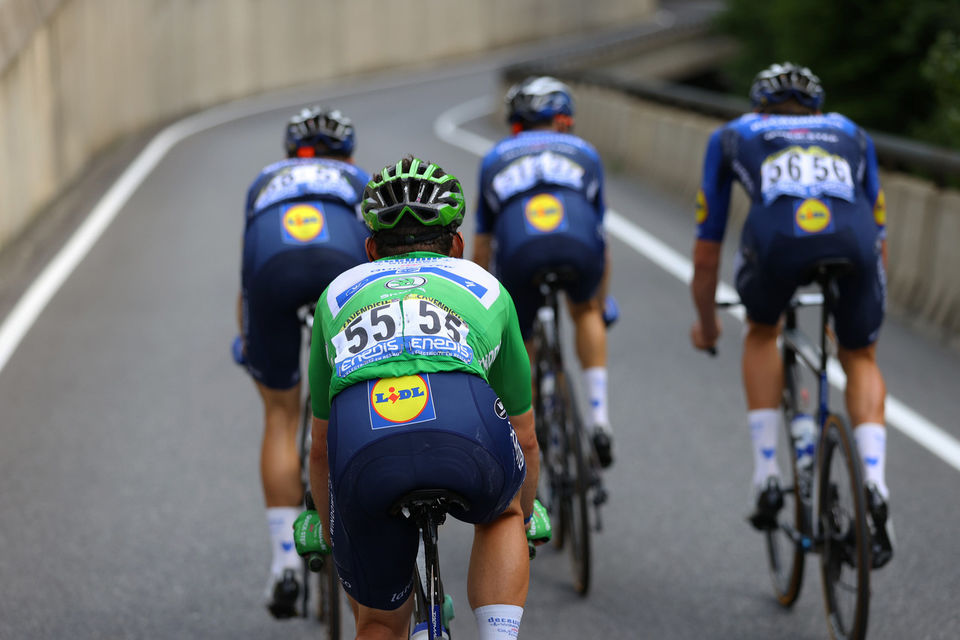 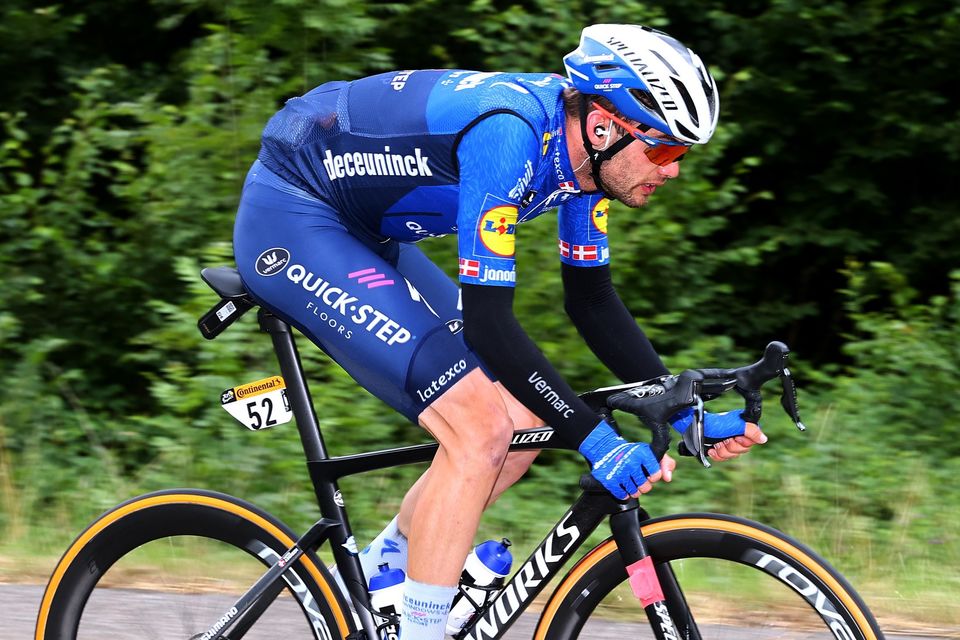