Deceuninck – Quick-Step on the offensive at La Vuelta 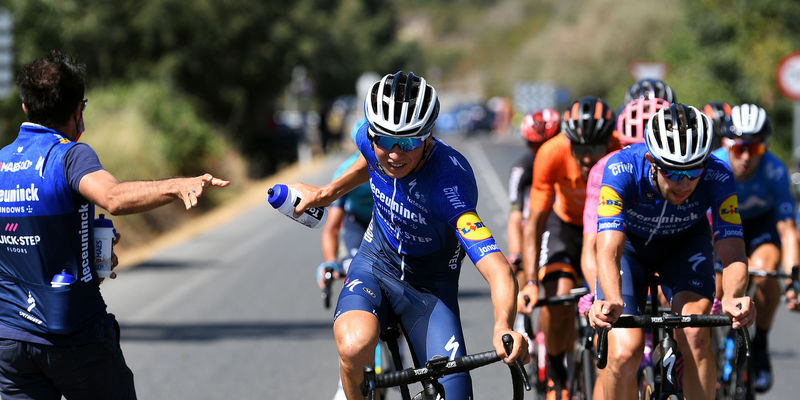 Stage 15 of the Spanish Grand Tour turned out to be what everyone expected it to be before the start: a big opportunity for the breakaway to fight for the day’s spoils. The peloton had to tackle four climbs, and the opening flat kilometers gave way to plenty of attacks, including some of Andrea Bagioli, Josef Cerny and Mauri Vansevenant.

Despite having the numbers and a decent gap at one point, that didn’t end up as the main move, being brought back by the peloton. Eventually, after more skirmishes, Fabio Aru (Qhubeka NextHash) and Rafal Majka (UAE Team Emirates) went together on Puerto de Pedro Bernardo, while another group, featuring Bagioli, tried to bridge across, without success though despite their efforts.

On the penultimate ascent, the Pole dropped his companion and soloed to victory in El Barraco, while the GC contenders came home together after a rather quiet day for them. Also Fabio Jakobsen made it to the finish safely and within the time cut together with many of his Deceuninck – Quick-Step teammates, and took his ninth green jersey at the race ahead of a well-deserved rest day. 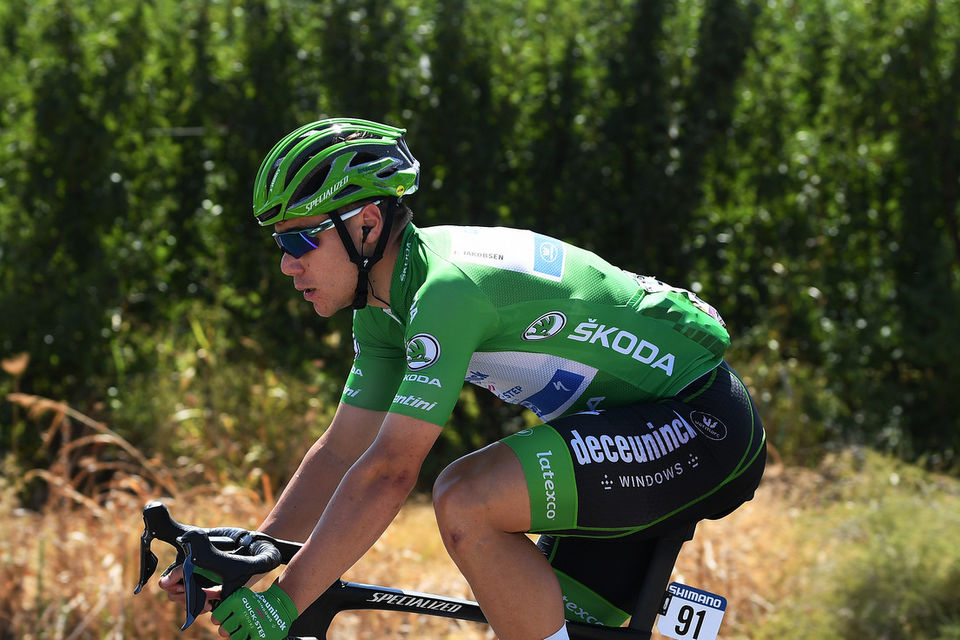 Vuelta a España: Jakobsen gets his eighth green jersey 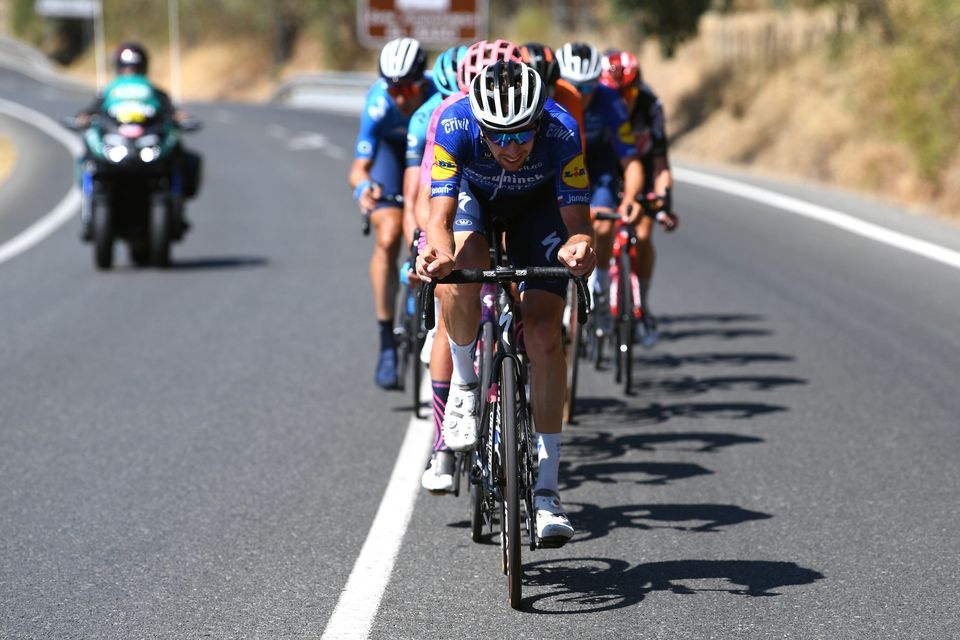