Vuelta a España: Vansevenant in the break again 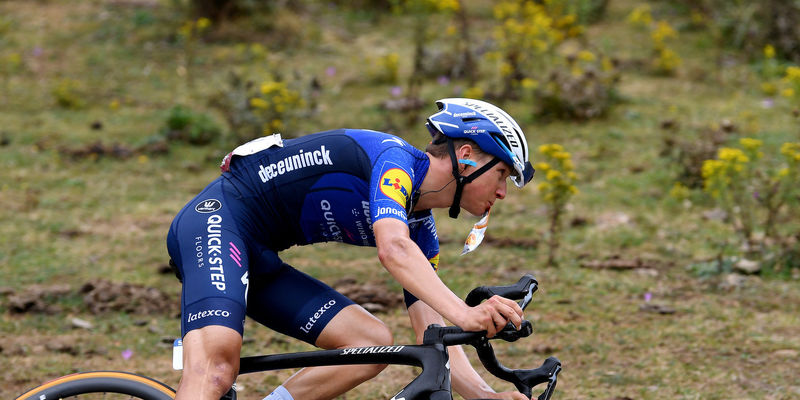 On a day that packed 4000 vertical meters and four classified climbs, including the newly-introduced Alto d’El Gamoniteiru, Mauri Vansevenant decided to give it a go and joined the 32-man breakaway that zipped clear in the first hour of racing.

Runner-up last week in Rincon de la Victoria, where he showed incredible maturity and determination, the 22-year-old Belgian put in a brave effort as he helped the group take their advantage to a maximum of five minutes, and fought hard even when briefly dropped on Alto de la Cobertoria, rejoining the leaders as they crested the summit of the first-category ascent.

In the first 100 kilometers, it looked like it would be the day of the escapees and another opportunity for Mauri to fight for a good result, but the peloton increased the pace and reeled in all the attackers, bar one, before the start of Alto d’El Gamoniteiru (14.6km, 9.8%). Eventually, the last member of the break was pegged back five kilometers from the top, and Miguel Angel Lopez (Movistar) took the victory from the reduced bunch.

For green jersey wearer Fabio Jakobsen, it was another important hurdle he overcame with the together with his Deceuninck – Quick-Step teammates, who paced him on the gruesome climbs, helping the triple stage winner make the time cut for a couple of minutes and maintain his grip on the points classification, which a Dutchman hasn’t conquered since 2011. 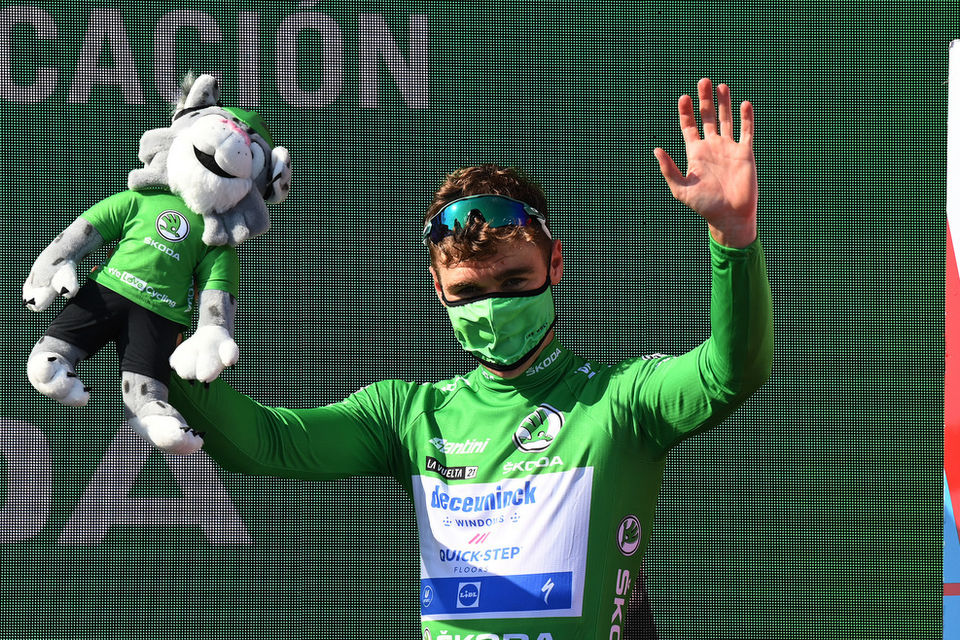 Vuelta a España: Jakobsen continues in green after Covadonga 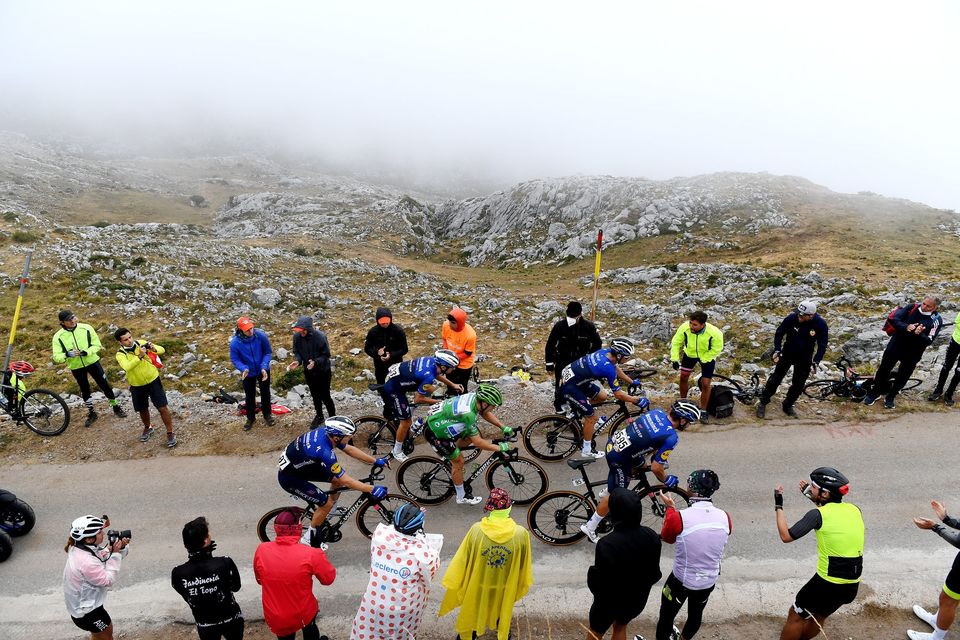