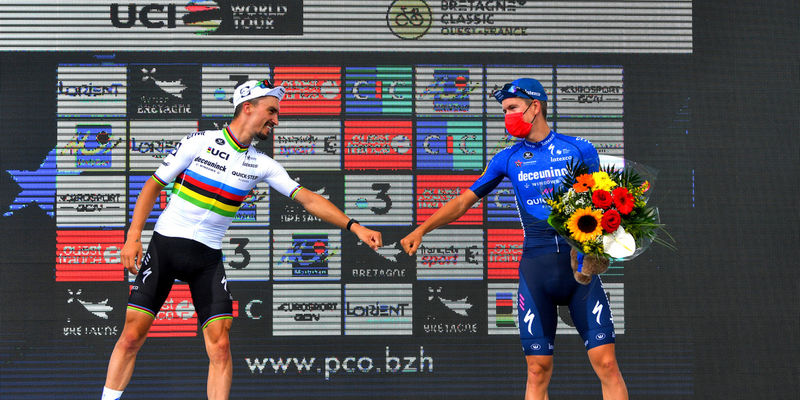 In just his third race since the Tour de France, Julian Alaphilippe was again the main animator of the day, launching a powerful attack with more than 60 kilometers to go at the Bretagne Classic, on an uphill gravel sector, that sparked an important selection. Only three riders were capable to match the World Champion’s kick, one of them being teammate Mikkel Honoré, who put in an incredible load of work to help the newly-formed group carve out a 1:30 advantage inside the final 50 kilometers.

While behind Davide Ballerini and Mattia Cattaneo were keeping things together, bringing to heel every attempt to attack and reduce the advantage of Alaphilippe and his companions, those up the road were catching the last members of the breakaway. Shortly after, two strong attacks whittled down the front group to just three men: the rainbow jersey, his teammate and his countryman Benoit Cosnefroy (AG2R Citroen).

Runner-up three days ago at Druivenkoers Overijse, Mikkel put himself deep in the pain cave, at first by making sure the gap wouldn’t dip below 20 seconds on the finishing circuit in Plouay, and then by making a monster effort to return to the front with two kilometers to go, after being initially distanced by an attack of Cosnefroy on the last hill.

The Dane led out under the flamme rouge, peeling off the front with 200 meters to go. Alaphilippe was well placed and gave everything in the sprint, going elbow to elbow with his opponent on the slightly uphill drag to the line, but despite his best efforts he couldn’t come around and concluded in second place, notching up his 11th podium in the rainbow jersey. 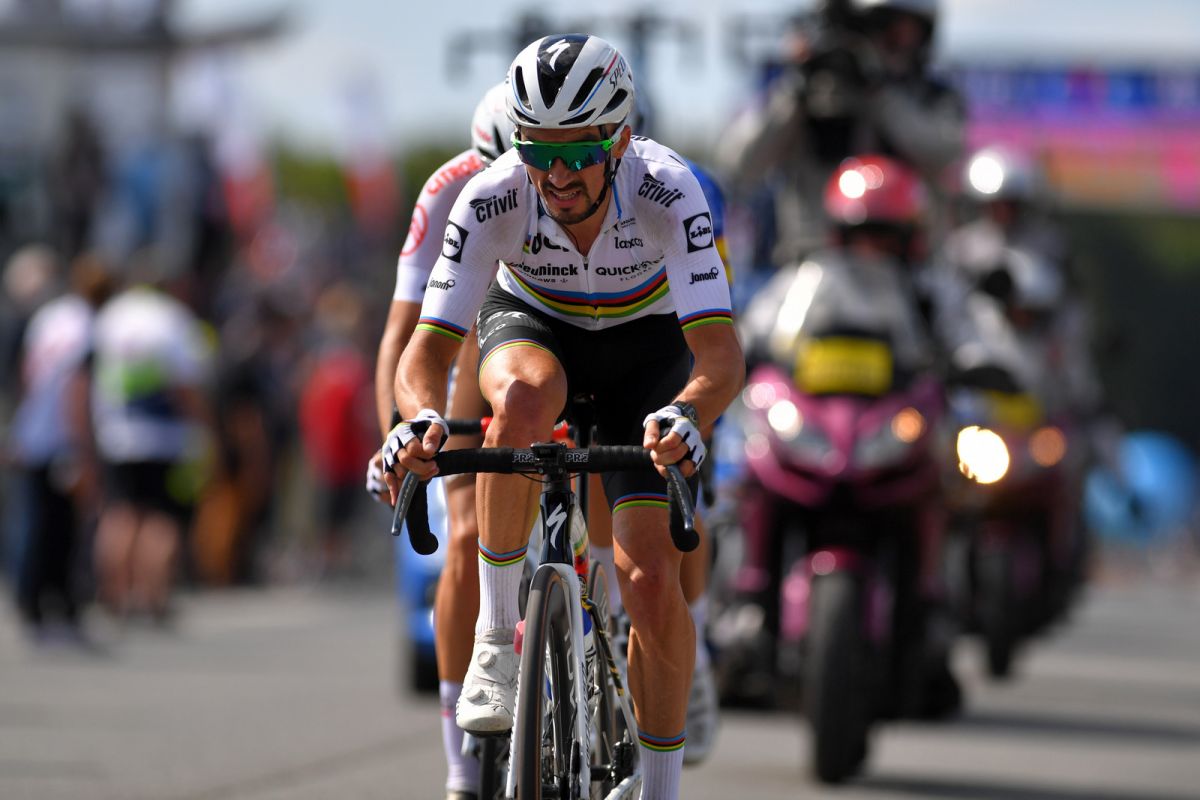 “We attacked from afar and split the race, as we wanted to race offensively and enjoy this beautiful race. We managed to hold off the chasers, but unfortunately, I began cramping in the closing kilometers and that cost me in the finale. Even without this, Benoit was the strongest today, so congratulations to him. I am satisfied with the result and especially with the shape I had in this race, it bodes well for the next appointments, especially as I want to have a beautiful end to the season. I also want to thank the whole team for their great work and Mikkel for his huge effort, he was amazing today and it was a pleasure to be on the podium with him”, said Julian, whose next race will be the Tour of Britain.

“We wanted to open up the race, and with 65 kilometers to go we took on that gravel climb and Julian and me went full gas and got away together with Cosnefroy and Pogacar, who later dropped out from the group. After catching the break, I committed myself to puling for Julian in the last lap for the sprint. We gave everything out there, but this is cycling, sometimes you win, sometimes you lose. We had an amazingly strong team today and we can be proud of the way we rode”, added Mikkel after his second top 3 finish in a World Tour one-day race. 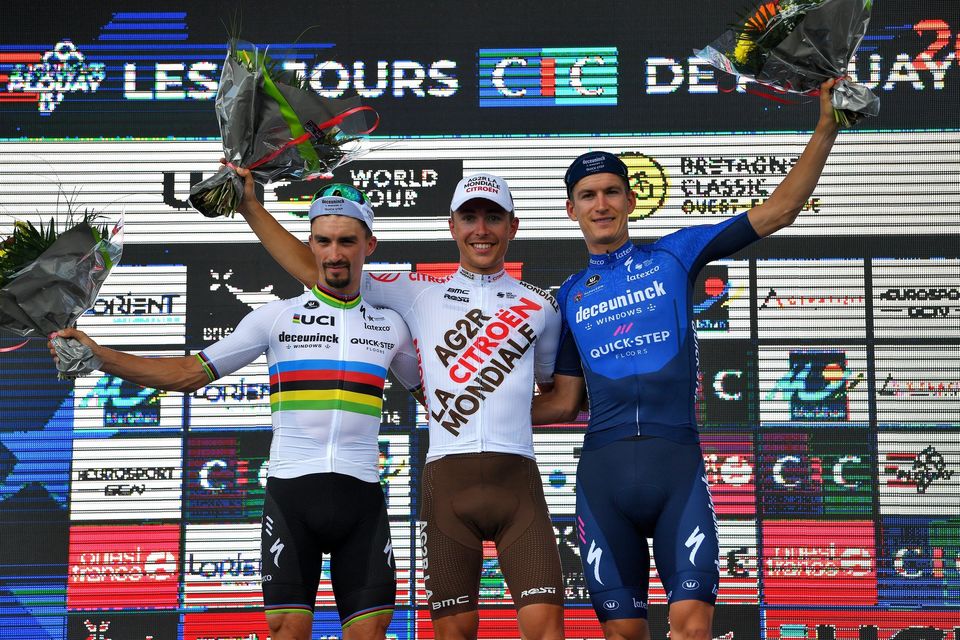