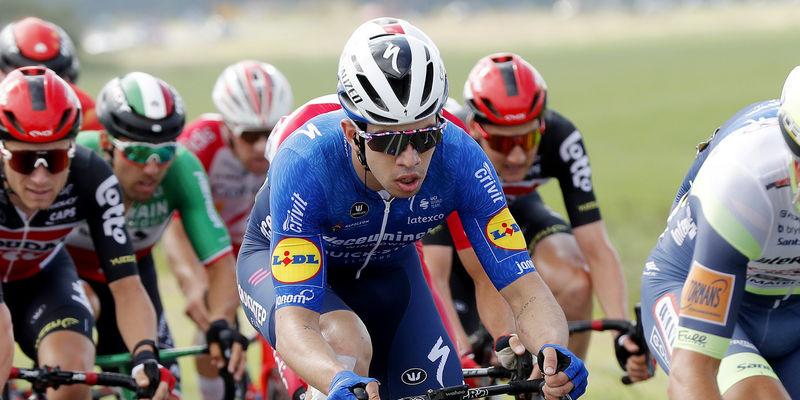 Alvaro Hodeg continued to show the strong legs that have recently netted him wins at the Tour de l’Ain and GP Marcel Kint, finishing on the podium of the Benelux Tour flat stage 1, which was far from being a straightforward day in the saddle, as the strong crosswinds ripped the peloton to pieces.

A group of around 30 men was left in the front with 40 kilometers to go, Deceuninck – Quick-Step being among the few teams to be well represented. Unfortunately, a couple of broken spokes in his front wheel just 29 kilometers from the finish saw recent Brussels Cycling Classic winner Remco Evenepoel drop out of the group, who continued to ride at a crazy pace, shedding riders out the back. Attacks soon came, just before the Golden Kilometer, and Kasper Asgreen was among those testing the waters with an acceleration that brought him two bonus seconds.

Despite some more attempts, the stage concluded in a reduced bunch sprint, where Alvaro Hodeg kicked out after being brought to the front by Stijn Steels, and took third place behind Tim Merlier (Alpecin-Fenix). It was the 24-year-old Colombian’s fifth top 3 finish of the season, one that puts him on the overall podium of the race ahead of the individual time trial. The second group, containing Evenepoel, arrived almost one minute later having reduced their original 1:30 deficit in the last five kilometers.

“Today we raced full gas from the start, it was an insane speed of over 48km/h and you could feel that in the legs as we approached the finish, especially after a whole hour spent in the echelons, where you had to do your best to remain in the group. The legs were a bit empty and the headwind made things even more difficult, but I somehow managed to be in the top 3, which is a good result after such a hard stage”, Alvaro said. 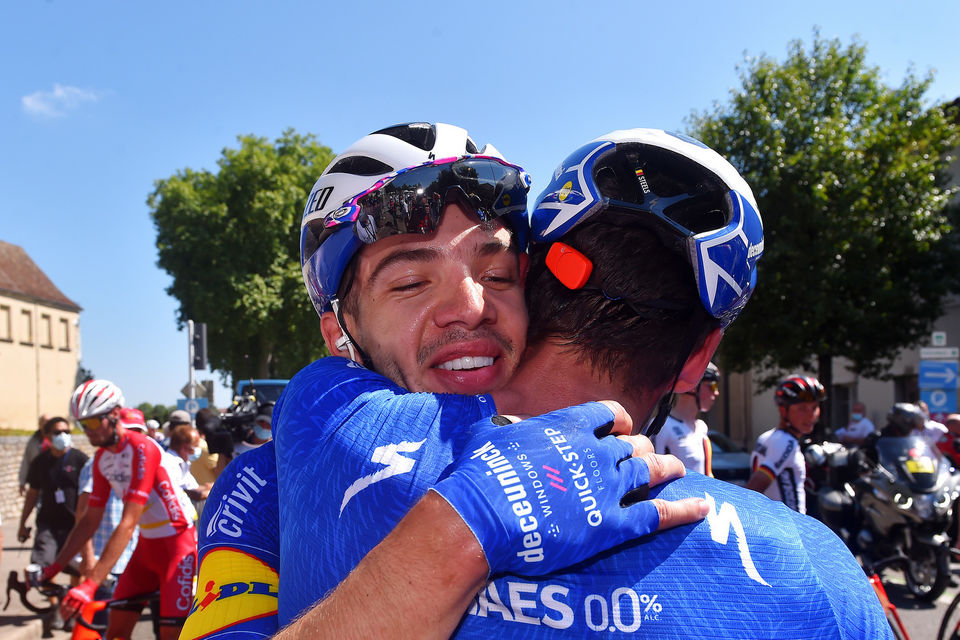