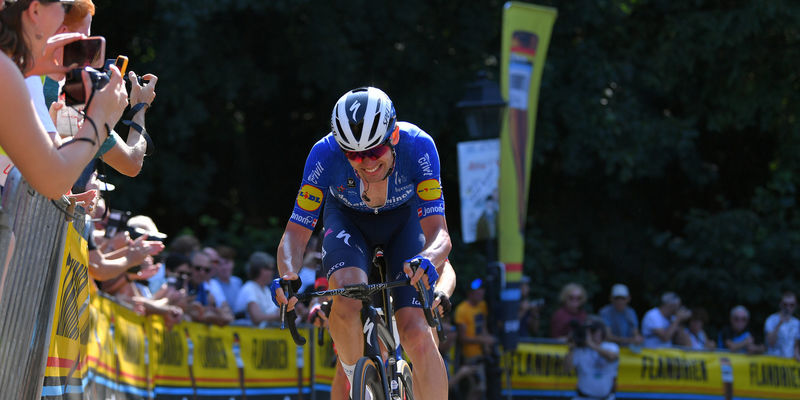 What’s harder than having the Muur van Geraardsbergen and the Bosberg on the course? Having them three times, stacked in the final half of a tough stage that also included ascents of the Overberg and Denderoordberg, enough to pour lead in the legs of the riders and make for an exciting race. To this contributed also Deceuninck – Quick-Step, who sent Dries Devenyns up the road in the break, before Kasper Asgreen decided to put the hammer down and open the race on the steep gradients of the Muur.

The Ronde van Vlaanderen quickly bridged to his teammate’s group, where Devenyns rode full gas to ensure the leaders a one-minute gap over a peloton that was left to pieces following his attack. When the experienced Belgian peeled off the front, the Danish powerhouse took over the reins and continued to push hard, apparently impervious to the leg-sapping climbs that continued to took their toll on the group, which was reduced to just four men.

It took a concerted effort from four teams to reel in Kasper with 25 kilometers to go, but his spell at the front didn’t end there, as the 26-year-old accelerated again the penultimate time up the Muur and made another selection, staying up the road until inside the last ten kilometers. In the end, the Ronde van Vlaanderen champion came home less than 30 seconds behind that group and concluded the race in 12th place.

“I wanted to race offensively and that’s what I did. I liked the course and was keen on trying something today, so I attacked from afar. It didn’t work out, but I had fun. I would have liked a victory at this race, but it wasn’t to be. Overall, it was a good week of racing, which gives me confidence for the goals I have until the end of the season”, said Kasper after the Benelux Tour. 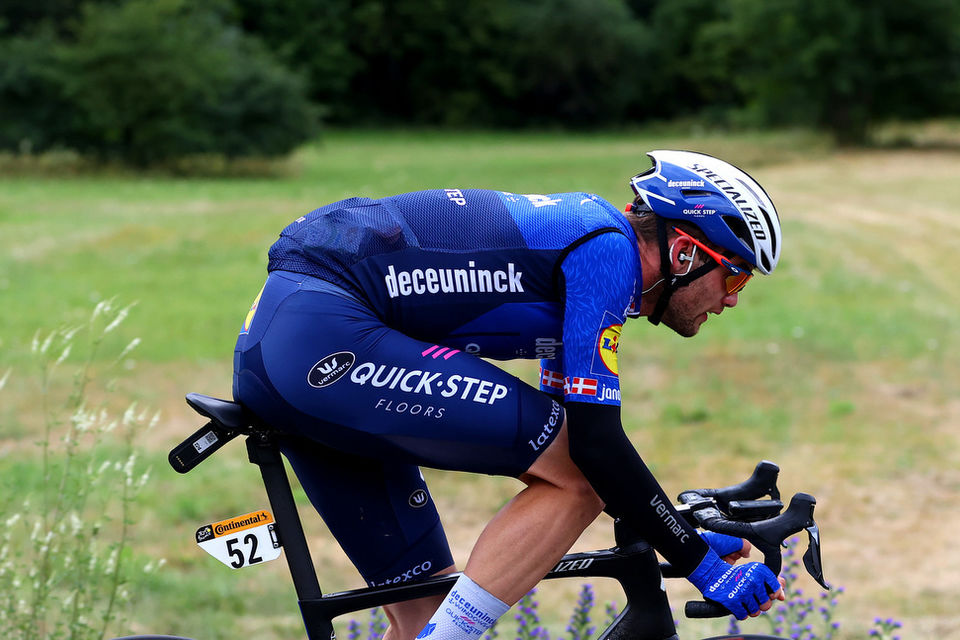 Benelux Tour: Asgreen suffers but moves up in the GC