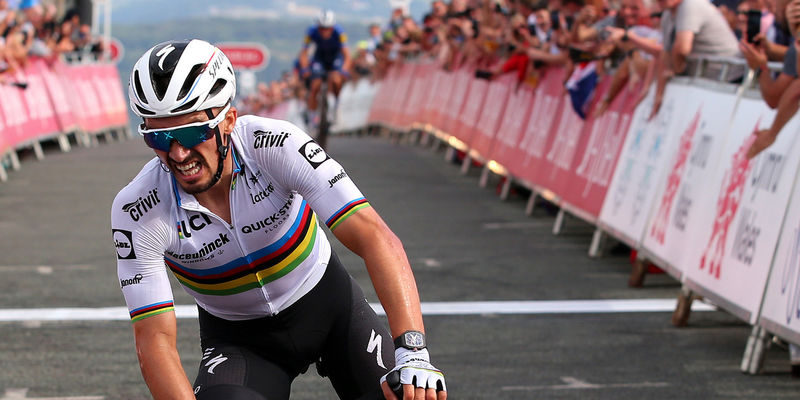 Mere centimeters separated the World Champion from the stage victory at the Tour of Britain.

At 210 kilometers in length, stage 4 of the Tour of Britain was the longest of this stage, and arguably the toughest one, as it was punctuated by several sharp climbs before the final hurdle of the day: Great Orme, a 1.9km climb near the coastal resort town of Llandudno, averaging an excruciating 9.8%, but featuring insane sections kicking up to 20% before the flamme rouge.

The Wolfpack was in control during the entire stage, the likes of Davide Ballerini, Mark Cavendish, Tim Declercq and Yves Lampaert keeping both the pace high and the escapees on a tight leash. Inside the final 25 kilometers, Yves even countered from the peloton, bringing back a sole attacker, before Ballerini took over the reins again and led the peloton on the penultimate climb of the stage.

Alaphilippe remained calm and always in the first five positions, as the bunch increased the speed in the run-in to Great Orme. The insane gradients made a first selection, before Julian decided to take matters into his own hands and kick out on the steepest part of the ascent, only two riders being able to follow him. The trio, who carried a ten-second gap under the flamme rouge, was soon joined by Mikkel Honoré, who put in a probing attack before setting the tempo for his teammate until 150 meters to go.

In an enthralling sprint, the World Champion came close to his fifth victory in the rainbow jersey, being denied for the slimmest of margins by Wout Van Aert (Jumbo-Visma), who came around in the final meters. Second on the stage – his 12th podium of the season – Alaphilippe sits third overall now at the Tour of Britain, just 11 seconds from the overall lead.

“We did what we had to do, what we talked about before the start: we controlled the race, remained attentive and went on the offensive at the right moment, but another guy was stronger in the end. Despite missing out on the win, we’ll keep fighting. We have the rainbow jersey on the team, he always display panache and we will continue to race accordingly, until the end, in the remaining stages”, explained Deceuninck – Quick-Step sports director Geert Van Bondt. 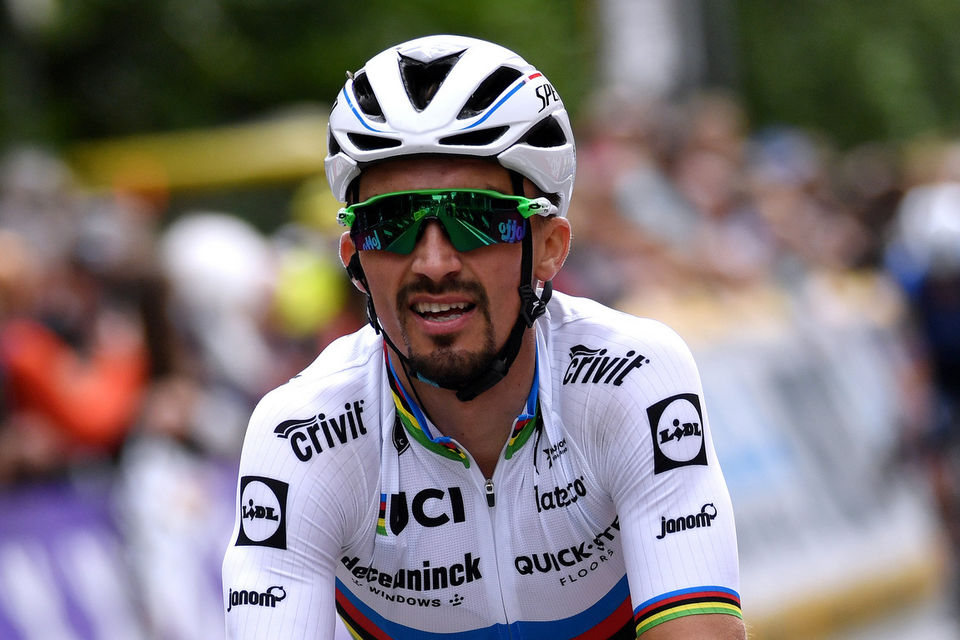