Crash derails expected bunch sprint at the Tour of Britain 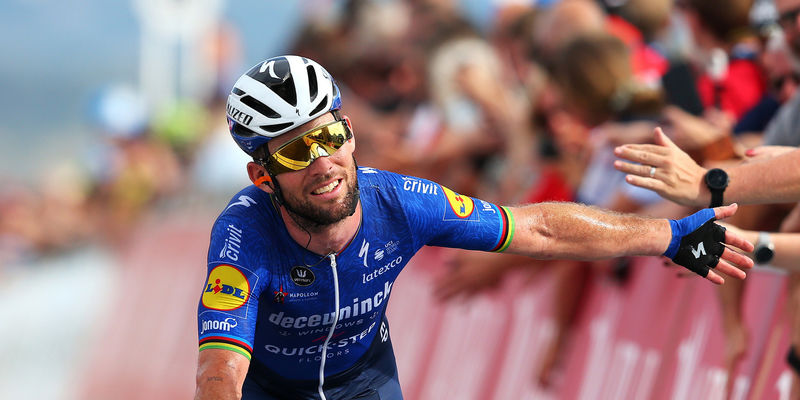 Deceuninck – Quick-Step worked tirelessly on the 152.2km stage 5 from Alderley Park and Warrington, with the clear goal of protecting Mark Cavendish and bringing the race back together before the final kilometer, where everyone was waiting to see the first proper mass gallop of this edition.

Tim Declercq spent dozens and dozens of kilometers at the helm of the bunch, making sure the gap of the five-man group that animated the day didn’t become a threat at any point, chewing into that advantage to the point that only twenty seconds separated them inside the last ten kilometers. Yves Lampaert then put the finishing touch to his teammate’s spectacular effort, hitting the front at full speed and reabsorbing the breakaway two kilometers from the finish.

Going under the flamme rouge, Mark Cavendish looked to have the perfect lead-out, with both Julian Alaphilippe and Davide Ballerini in front of him, but a crash in a left-hand corner took the Italian out of the equation and left the Manxman to chase and spend a lot of effort in order to make it back to the small group that had escaped the incident, which he rejoined with just 200 meters to go. As a result, Cavendish couldn’t properly contest the sprint and ended up taking fifth, behind Ethan Hayter (Ineos Grenadiers).

World Champion Julian Alaphilippe was part of the same group and crossed the line in eighth position, retaining his place on the race’s overall podium ahead of Friday’s stage, another hilly affair, this time between Carlisle and Gateshead. 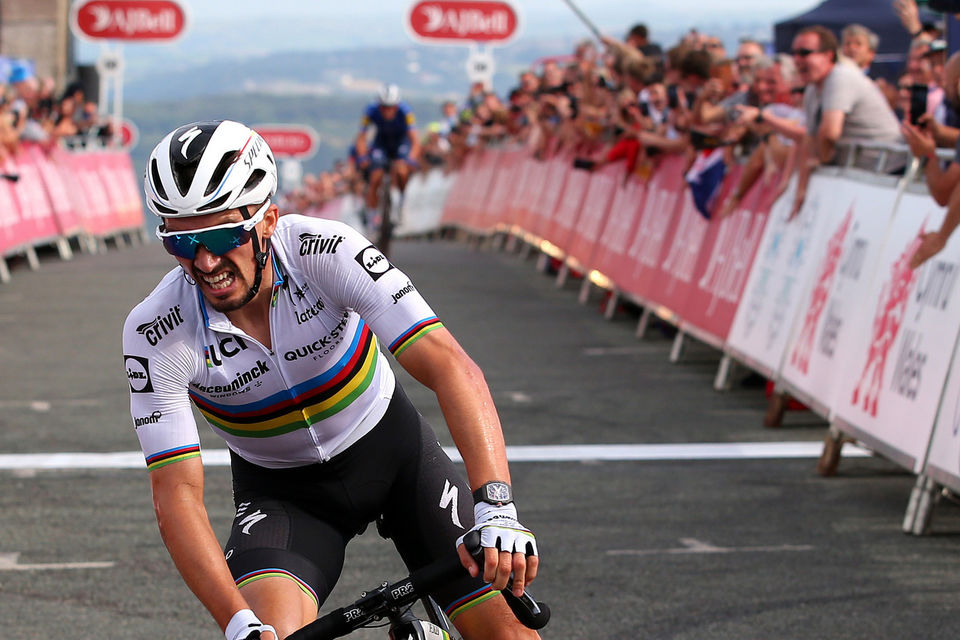