Alaphilippe finishes third overall at the Tour of Britain 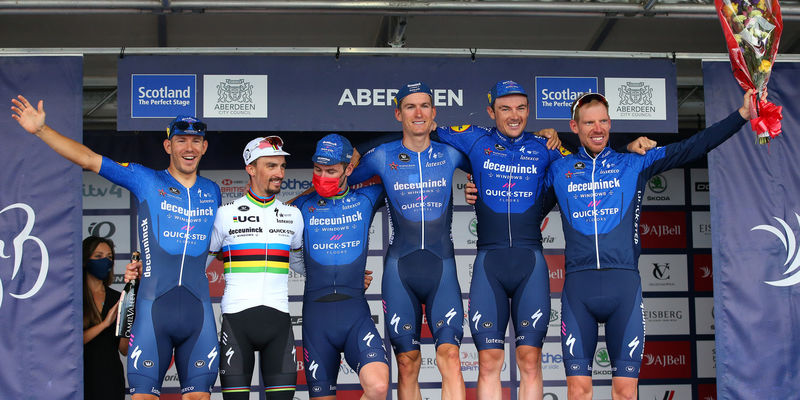 The Tour of Britain came to a conclusion Sunday afternoon with a hectic bunch sprint in Aberdeen, where Mark Cavendish was involved and claimed another podium place – his 17th of an incredible season.

Launching Cavendish on the finishing straight was Julian Alaphilippe, our best placed rider in the rankings at the start of the day. The World Champion, who returned at the Tour of Britain for the first time since winning the overall in 2018, showed strong form for the entire week, lighting up the queen stage of the race with some brutal accelerations on the gruesome ramps of the Great Orme ascent and attacking every time the opportunity presented itself, be it on the flat or on the climbs.

This spectacular action-packed week of racing, which started in Cornwall and finished in Scotland, was animated not just by Julian and Mark, also their Deceuninck – Quick-Step teammates Mikkel Honoré, who finished fourth on the general classification, Yves Lampaert, who as victorious on the penultimate stage, and Davide Ballerini and Tim Declercq contributing to our squad’s success, who took home also the team classification.

“It’s been a good week for us. We were there at all times, in the sprints, in the time trial, on the hilly stages – doing a lot of work, attacking and trying to shape the race, always in the fight for victory. Yves took a nice and well-deserved stage win from the breakaway, Julian and Mikkel finished third and fourth in the overall standings, and we came out of the race as the best team, which was the cherry on the cake”, said Deceuninck – Quick-Step sports director Brian Holm. 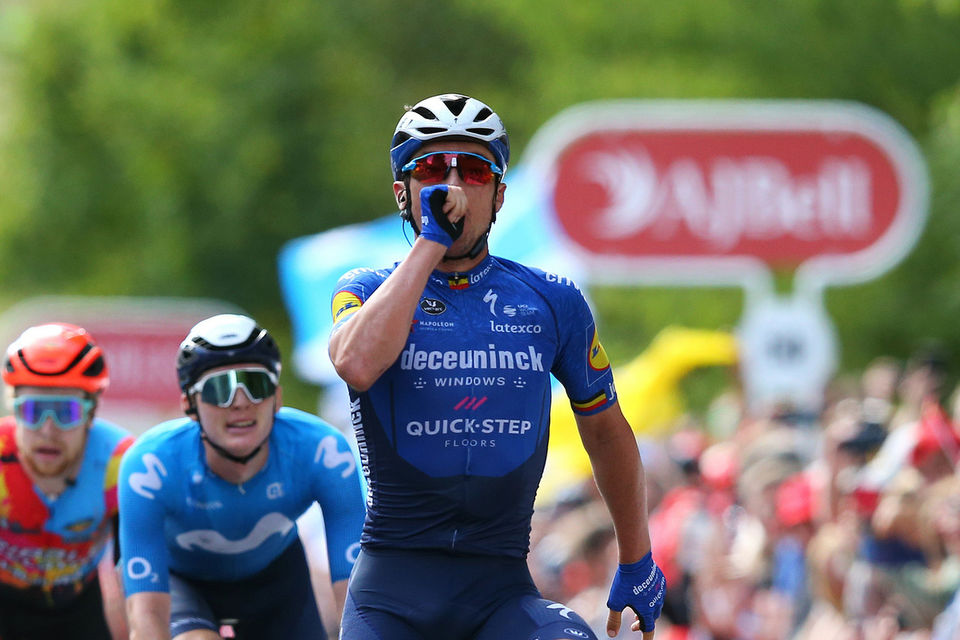 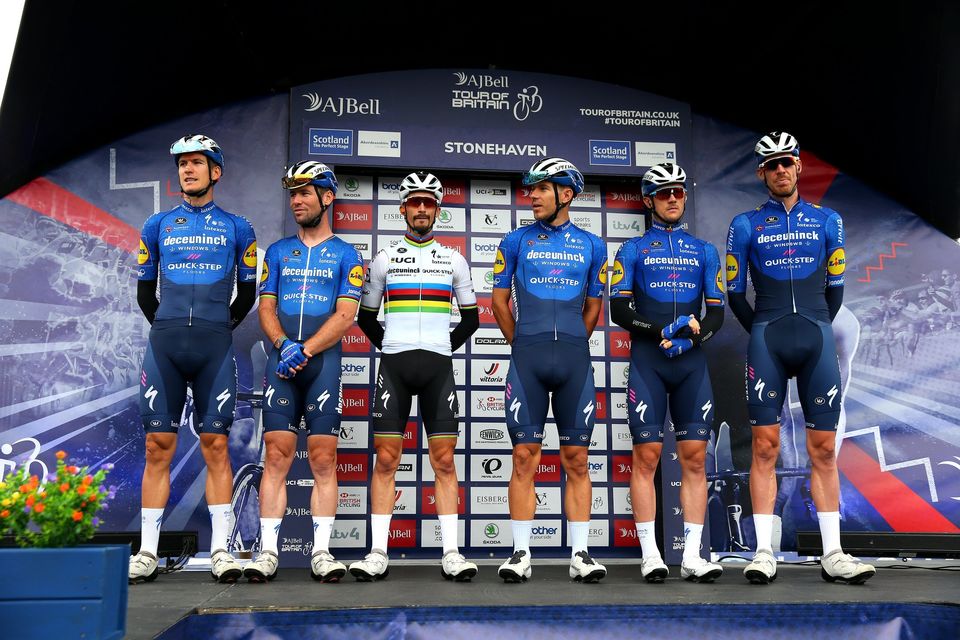