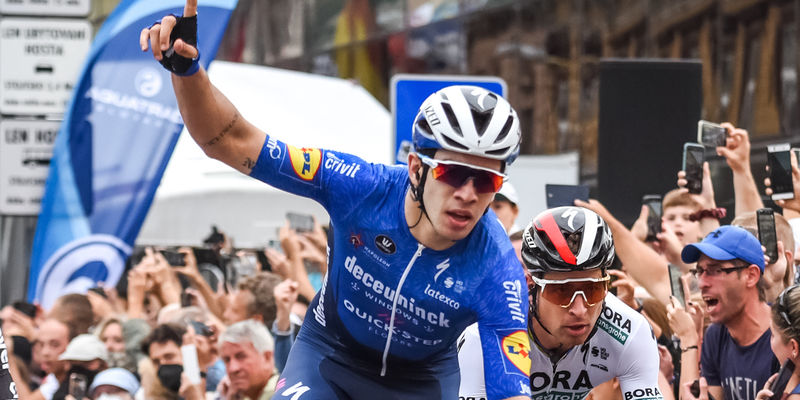 Alvaro Hodeg became just the second Colombian rider in history to win a stage at the Tour of Slovakia, picking up his third success of the season after a monster lead-out of his teammates in Kosice, where stage 1 of the race concluded.

Despite the day featuring four classified climbs, it had bunch sprint written all over it, and our team was prominent at the front immediately after the neutral start, doing the bulk of the work in the peloton and pulling back the sizable breakaway with seven kilometers to go. Under the flamme rouge, Hodeg had a strong lead-out consisting of defending champion Jannik Steimle and Michael Mørkøv, and the two stretched out the field before the Dane dropped him off in perfect position. 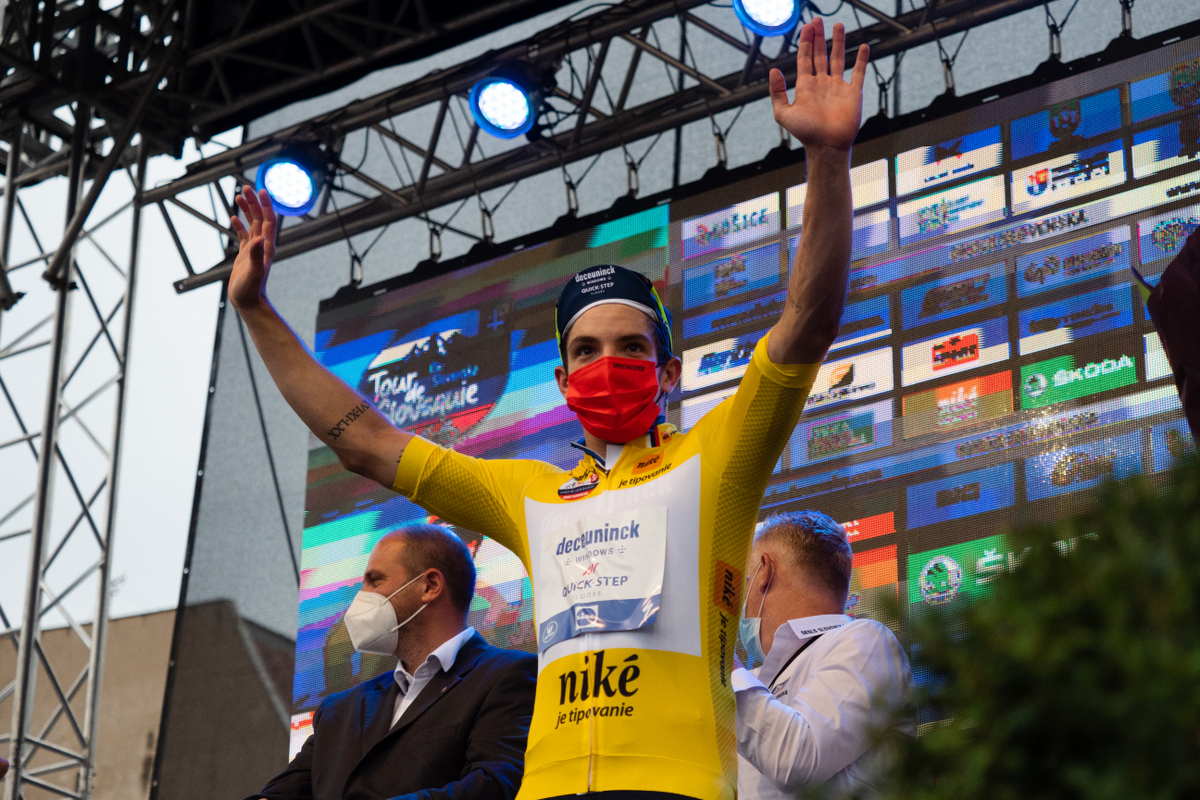 A powerful burst of speed sent Alvaro across the line arms aloft, as he notched up the Wolfpack’s sixth stage victory in four participations at the Tour of Slovakia. His third win of the season also brought multiple visits to the podium, where he was rewarded with the yellow jersey, as he now tops the GC for six seconds.

“We knew the final from yesterday and my teammates did an incredible job. They controlled the race and protected me on the climbs before giving me an incredible lead-out. They were so strong that I had to sprint with only 50 meters to go. I want to thank them for that and for the nice present they made me on my birthday. I believed in them and they believed in me and put me in a perfect position on the finishing straight. I was confident after the prologue, but this victory and the yellow jersey I have are an extra boost for the next days”, said Alvaro after delivering the Wolfpack’s 57th win of the year. 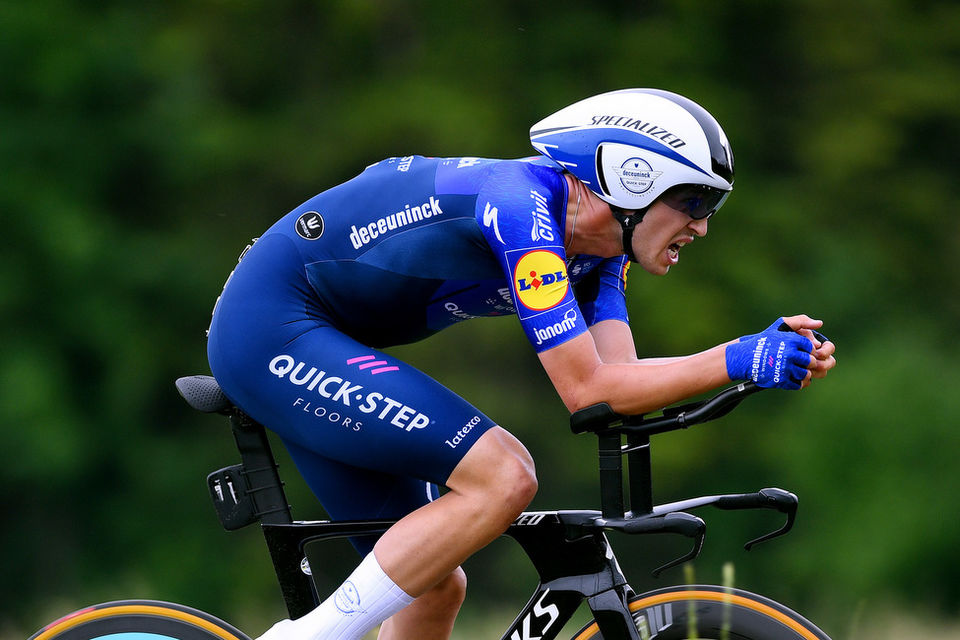