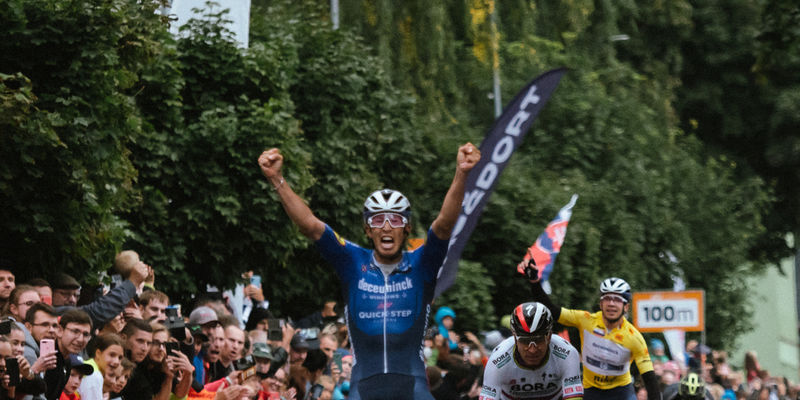 Emotional and struggling for words, Jannik Steimle celebrated his first victory of the season together with his Deceuninck – Quick-Step teammates and staff, which came after a scrappy and nervous finale in Dolny Kubin. The small town is located in northern Slovakia and is where the peloton concluded the 179.7km stage two. It was a moment that the 25-year-old German had been chasing since coming back from an injury that derailed his season just ahead of the Spring Classics, putting him on the recovery path until the end of May, when he finally returned to action.

The race was kept together by Deceuninck – Quick-Step until the final climb, where a flurry of attacks split the field into several groups, making things tough for the fast men. Winner of the general classification at the 2020 edition, Jannik quickly jumped from the field to counter one of these moves and with twelve kilometers to go he found himself at the front of the race together with Peter Sagan (Bora-Hansgrohe). They were soon joined by eight more riders, while behind Shane Archbold and Michael Mørkøv rode themselves inside out to bring Alvaro Hodeg back into the game.

The catch was made three kilometers from the line and the peloton began preparing for a mass gallop, but their plans went up in smoke with 300 meters to go, when several riders slid out in a right-hand corner. Jannik, who was the first man to enter the finishing straight, was among the few to avoid the incident and launched a mad rush to the line, which culminated with the Wolfpack’s 59th victory of the year. 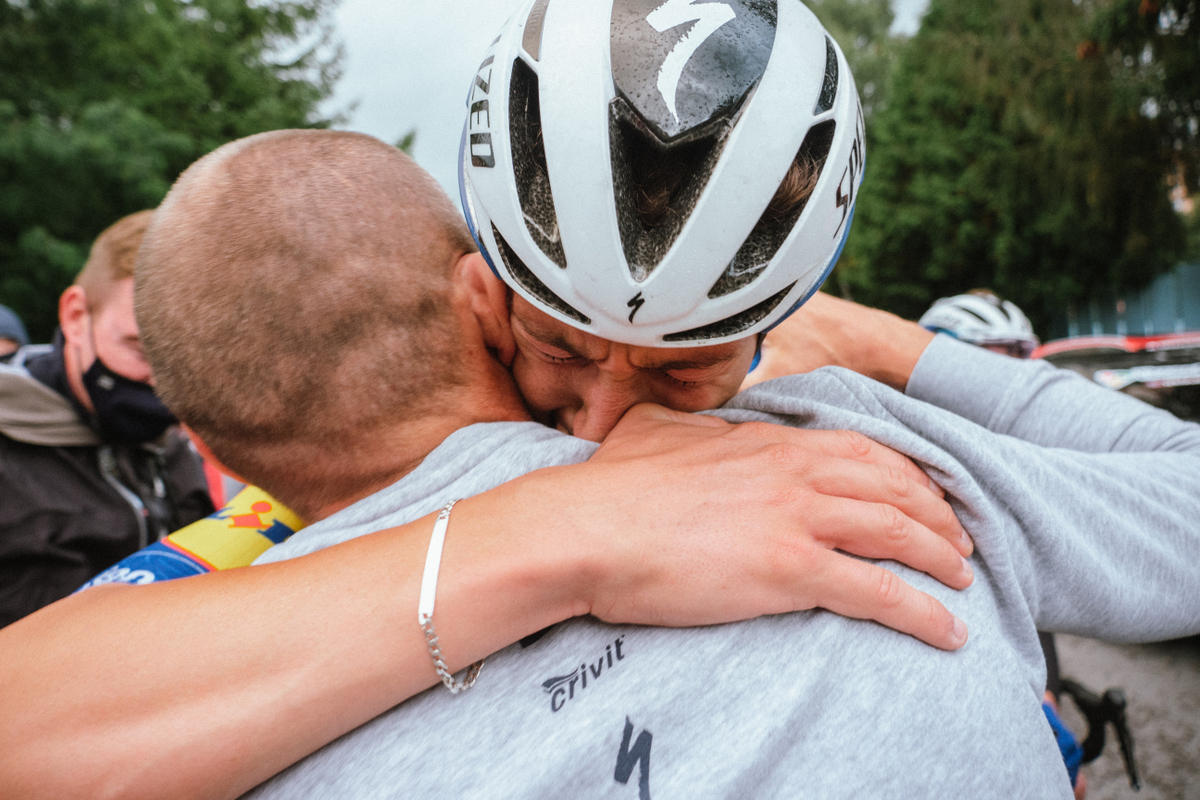 “The plan was to go for Alvaro again today, but with the last climb coming inside the final 15 kilometers, we knew the other teams would try something. After the top, I was at the front with Peter, but knowing the gaps to the chasers were small, I waited for Alvaro to come back, which he did after an incredible effort of the team.”

“The closing kilometers were quite hectic with a lot of corners. I was leading out for Alvaro with 500 meters to go, but we lost each other a bit, and then when that crash happened, I just went full gas and it paid off. It has been a hard year for me after that crash in the spring and I can’t tell you how happy I am to taste victory again, it’s such a huge relief. Winning feels great and I want to thank this fantastic team for always being by my side”, said Jannik, second now in the general classification, which continues to be topped by Alvaro Hodeg. 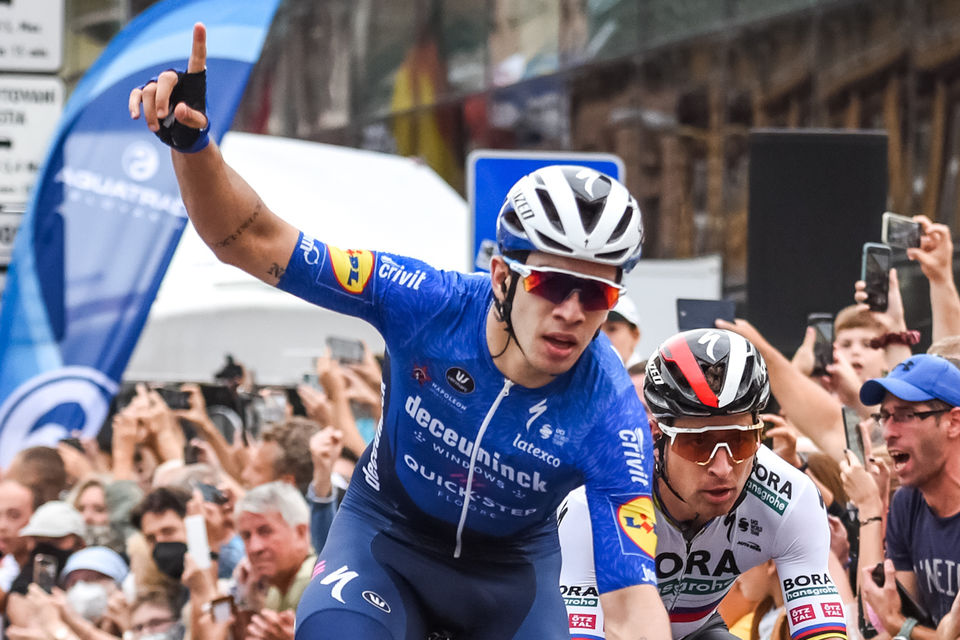