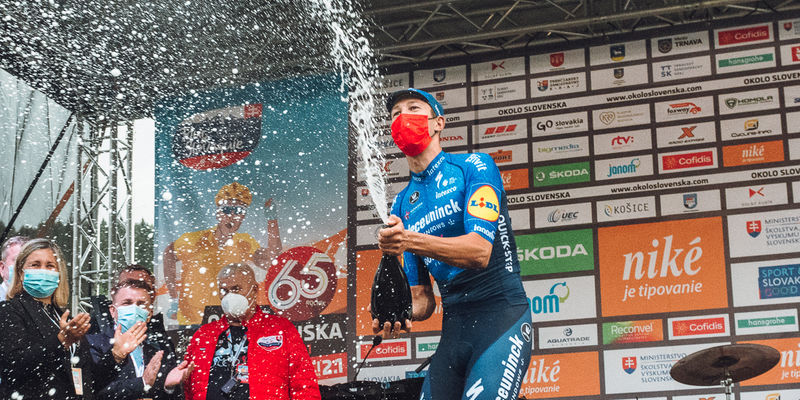 The 65th edition of the Tour of Slovakia was our team’s final appearance of the season in a stage race, and Deceuninck – Quick-Step concluded it as the only squad with multiple stage wins, netted by Alvaro Hodeg – who even sported the yellow jersey for two days – and Jannik Steimle, last year’s champion.

The German, one of the 18 different members of the Wolfpack to score a victory this year, was in the mix again in the fight for the general classification, and carried the flag for our squad on the final day of the race, where the peloton was blown to pieces on the early classified climbs and a group of around twenty men emerged at the front. The undulating terrain in the first part of the stage helped them open an unassailable lead over the chasers, making it clear that the winner would come from there in Trnava.

The finish was again a complicated one, with many tight corners and some cobblestones, but Steimle was well-placed at all times and his positioning helped him secure his runner-up place in the general classification, where he concluded just 11 seconds behind Peter Sagan (Bora-hansgrohe), after coming home fourth.

“I am very happy with my week. We worked hard and it paid off at the end of a very good race for us here in the country of our sponsor Janom. The final stage was brutal, full gas from the start, but I felt good and made it across the first group, which helped me finish in the top 3 again. Going home with a victory and this strong result in the general classification gives me a lot of confidence”, said Jannik, only the second rider this century to finish on the overall podium of the Tour of Slovakia at back-to-back editions. 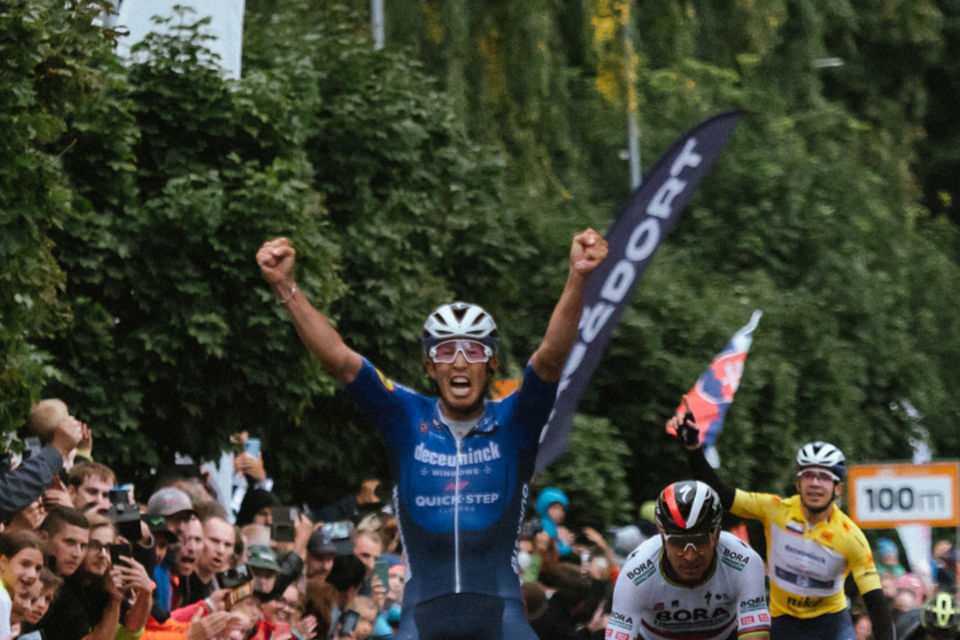