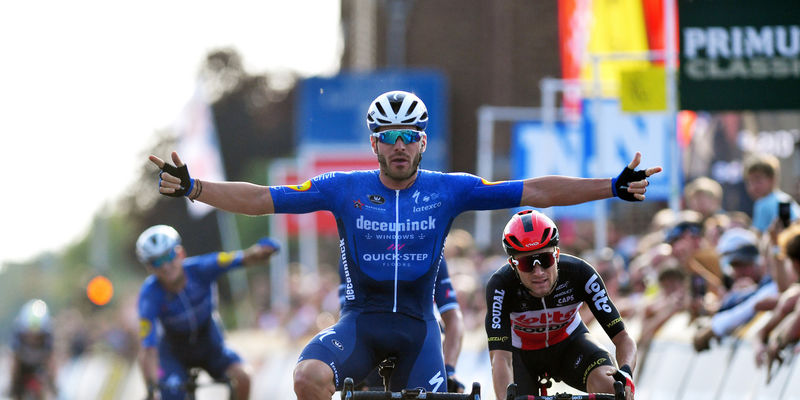 Florian Sénéchal is having the best season of his career and the 28-year-old from Cambrai, who recently extended his contract with the team, shows it with every opportunity. After breaking the ice in 2021 at the Vuelta a España, where he won stage 13, he basked in another victory three weeks later, at Primus Classic, for many riders the last appointment before the World Championships.

The Wolfpack produced another sterling performance, an astonishing show of strength on the hilly course that featured some of the roads that will be used at the World Championships, which resulted in the team having five riders in the top 10 – an indication of Deceuninck – Quick-Step’s numerical superiority throughout an entire day that was controlled by our squad from start to finish.

Resplendent in his rainbow jersey, World Champion Julian Alaphilippe was one of the main instigators, his powerful acceleration inside 40 kilometers to go – after having countered an attack just minutes earlier – creating an important selection. From that small but strong group which included four men in blue, Mikkel Honoré unleashed a blistering attack that resulted in five riders, including Florian Sénéchal, plugging away from their companions. It wasn’t long before they put a decisive one-minute gap between them and the chasers, and once the margin became a comfortable one, our riders went on the offensive. 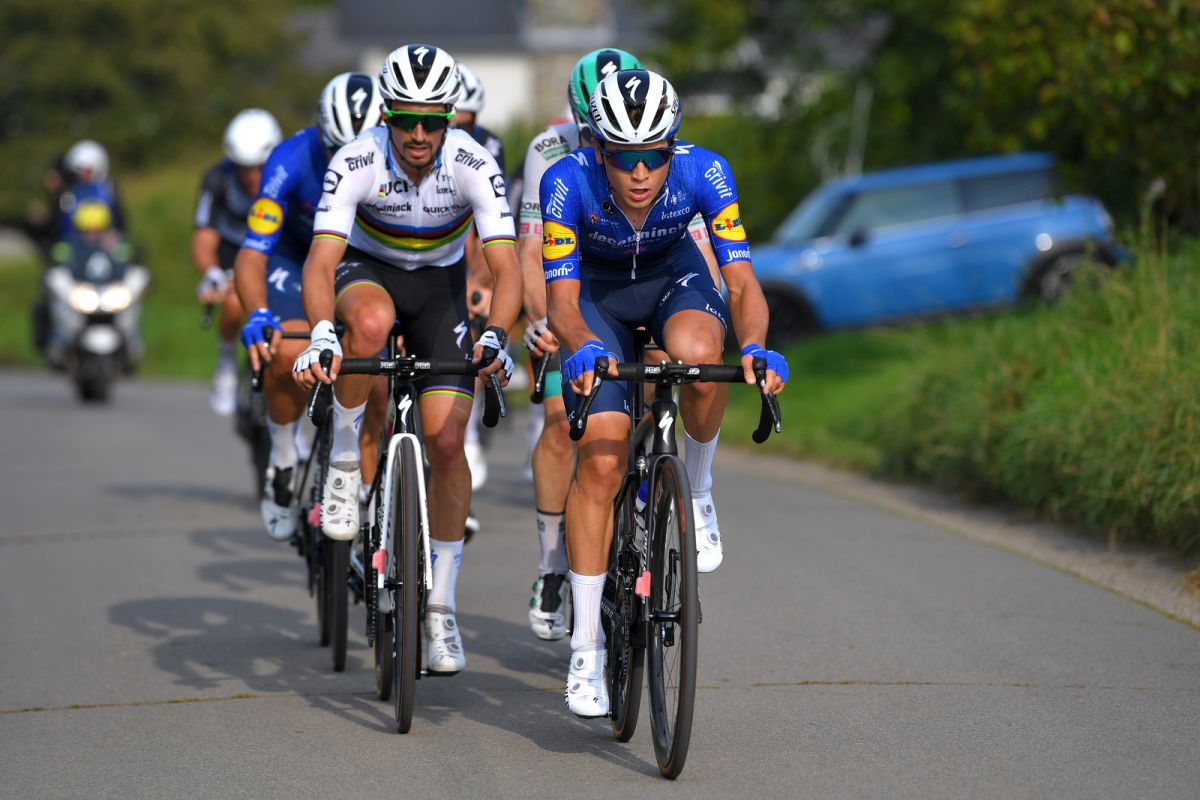 Mikkel was relentless in the way he put pressure on the other men at the front, a flurry of attacks on the flat roads to Wespelaar forcing them to chase hard in order to keep things together under the flamme rouge. Once he was caught, the Dane stormed to the front of the group and produced a tremendous lead-out for Florian, who launched a devastating sprint 120 meters from the line and signed off the Wolfpack’s 61st victory of the season.

“I am so happy. The best thing about today is that we won as a team – everyone worked for this to happen and I want to thank them for that. They were all so strong today and had a clear objective in mind, which was to take the victory.”

“It wasn’t easy out there, as it was raced as a classic and had all the ingredients of one: small roads, short climbs, a nervous peloton and many attacks. Mikkel was incredible in the final part of the race as he kept attacking and made the others chase hard behind him. For my side, I targeted the sprint in case he would get caught and I’m delighted I could finish it off. It was the perfect rehearsal for the Worlds, which gives us a lot of confidence for next Sunday”, said the first Frenchman to win Primus Classic. 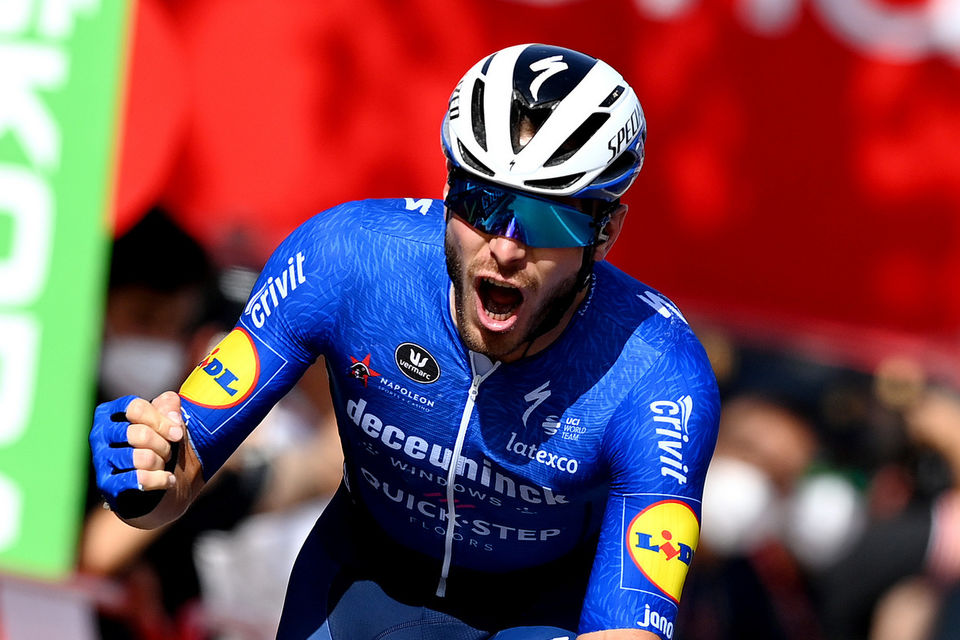 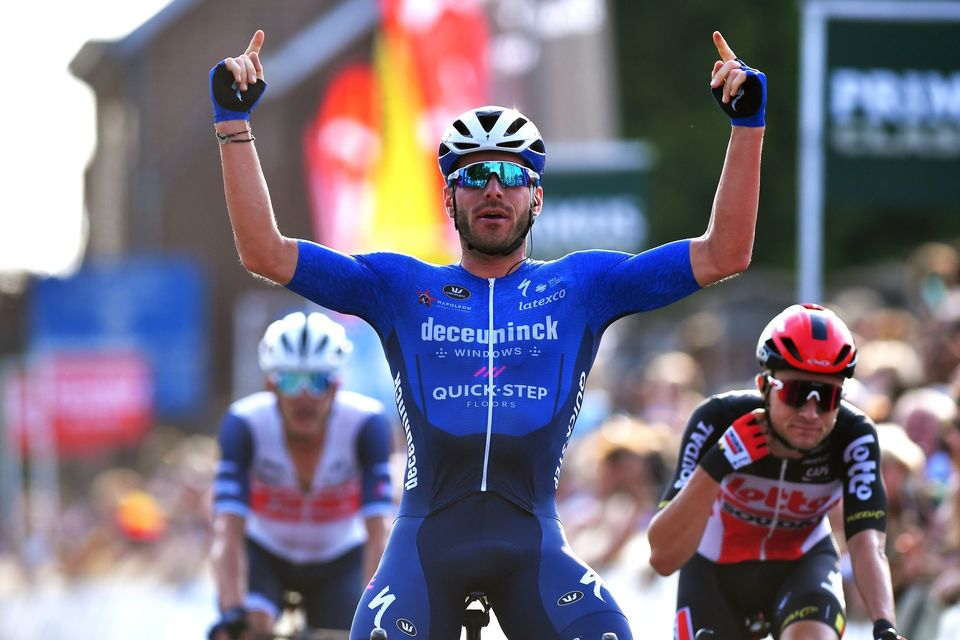