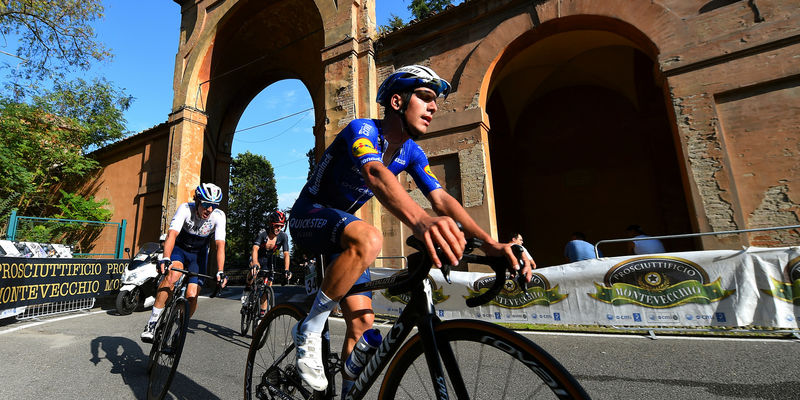 João Almeida became the first Portuguese to finish on the podium of Milano-Torino, the oldest race in the world, created in 1876, just 15 years after the unification of Italy. The result came at the end of a great day of racing that saw Deceuninck – Quick-Step smash the field in the crosswinds with more than 50 kilometers to go and place six of its riders in the front group.

Among them, World Champion Julian Alaphilippe, who made his return to racing ten days after winning a second consecutive rainbow jersey. Dries Devenyns and Pieter Serry piled on the pressure on the flat roads of the Piedmont leading to the first ascent of the day, where Fausto Masnada took over and paved the way for an impressive attack of Mauri Vansevenant, one kilometer from the top.

The young Belgian opened a small gap on the chasers and plunged onto the descent, extending his buffer to 25 seconds by the time he began the second ascent of the Superga (4.9km, 9.1%). There, his valiant effort came to an end, but our team had João Almeida prepared to step in. Just four days after finishing runner-up at the Giro dell’Emilia, the 23-year-old was again in the spotlight, joining the four-man group from where the winner eventually came.

Dropped inside the last two kilometers, Almeida didn’t give up and rode amazingly, showing the same never-say-die attitude displayed at the Giro d’Italia on the unforgiving double-digit gradients that really put the pain into the riders’ legs. The Portuguese all-rounder looked to be out of the fight for a podium, but he mounted a stunning recovery, caught Tadej Pogacar (UAE Team Emirates) with 500 meters to go and then outsprinted him for a well-deserved third place.

“The team did a very good race today, we were in the front at the right moment and gave our best. Once we split the peloton, we rode full gas and tried to make it really hard for the others. The final climb was extremely difficult and I would have loved to follow Roglic and fight for the win, but it wasn’t possible. Finishing third is a good result and an important boost of confidence for Il Lombardia, where we are motivated to conclude the season on a high note”, said João after his 16th top 3 finish of the season. 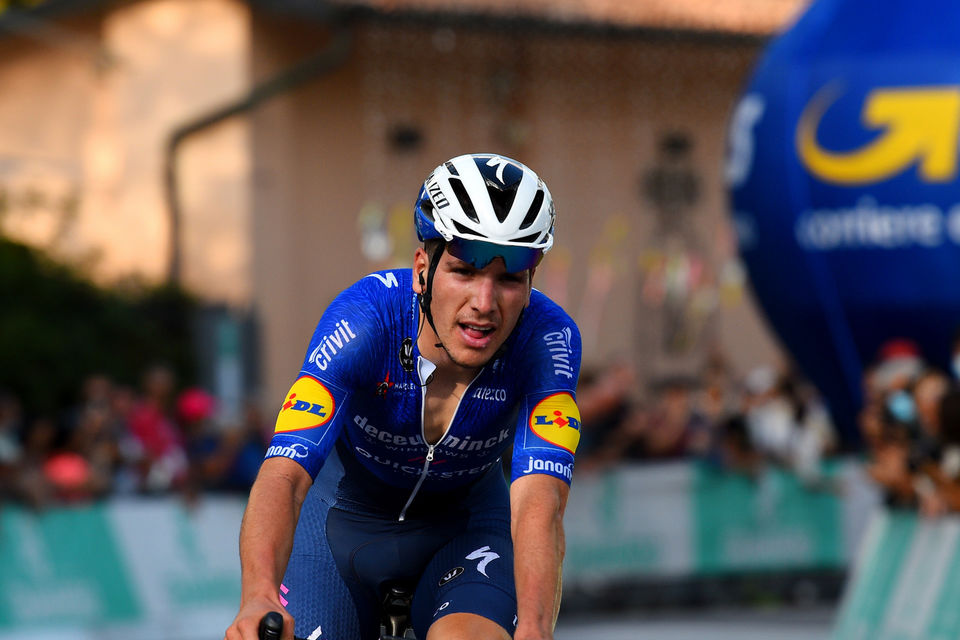