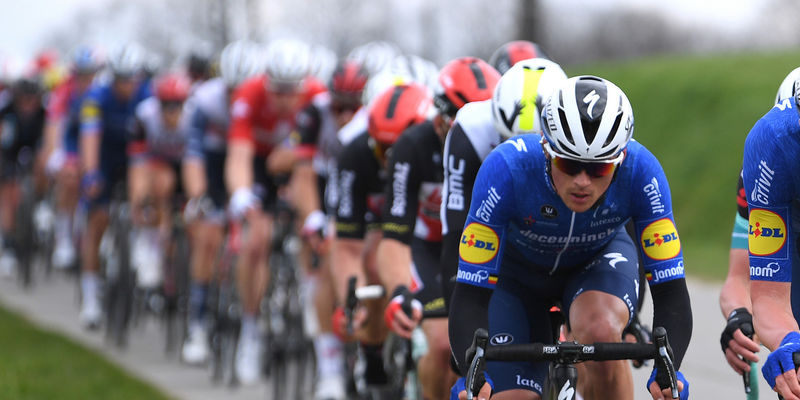 Dwars door het Hageland ran its ninth edition Saturday afternoon, and it once again had all the ingredients of a tough and spectacular race. Dirt road sectors, short and sharp climbs, jarring cobblestones, and the uphill finish to the Citadel made for an attritional day in the saddle, at the end of which a small group ended up fighting for victory.

Deceuninck – Quick-Step kept the race under control until 60 kilometers to go, when our team reeled in the original breakaway and tried to split the peloton, sending the likes of Pieter Serry and Davide Ballerini on the attack. But it was inside the final 40 kilometers that a group managed to escape the peloton’s clutches, and when they did, the Wolfpack – who in the meantime had lost Zdenek Stybar to a crash – made sure of having a man there, two-time Dwars door Vlaanderen winner Yves Lampaert.

Davide Ballerini tried to bridge across and put in a solid effort until the penultimate gravel sector, where the chasers brought him back as they continued their pursuit of the eight leaders, who with ten kilometers to go stopped working together and launched several solo bids. As these were fruitless, the group decided to leave everything for the final climb, where the attacks came at 300 meters to go. Yves Lampaert expertly moved up through the group and tried to match the accelerations, but the tempo pushed by Rasmus Tiller (Uno-X) was just too strong, and the 30-year-old Belgian had to settle for third – which marked his first podium of the season.

“The whole team did a very good race and we can be satisfied with how we rode, how we controlled things and gave everything out there on what was a demanding course, with many tricky sections. For Yves, this was his first appearance since April and also his first outing since the team’s altitude training camp in Sierra Nevada, so getting third at the finish counts as a really good result”, explained Deceuninck – Quick-Step sports director Tom Steels. 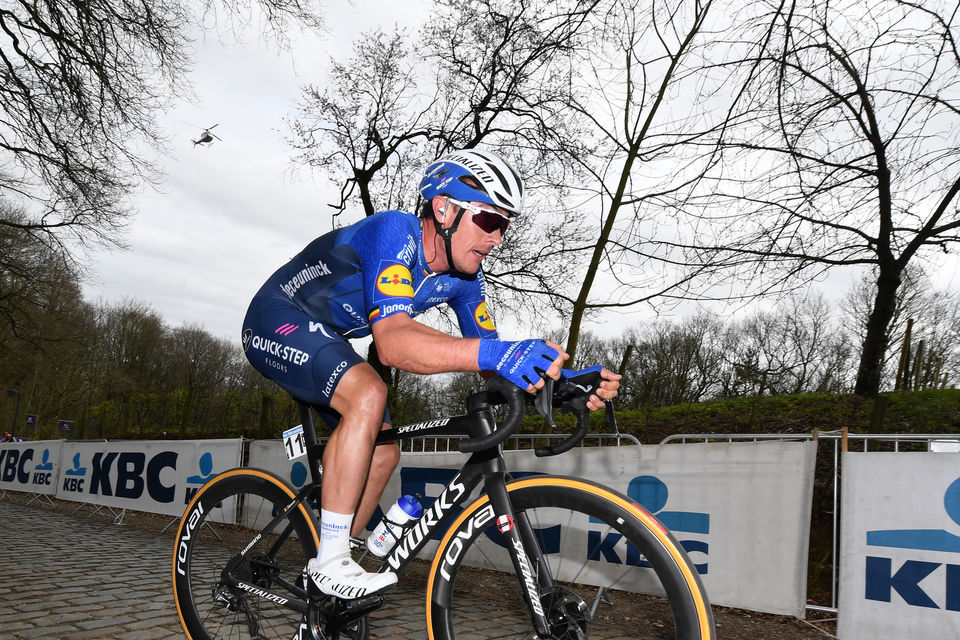 Deceuninck – Quick-Step ready for a busy weekend in Belgium