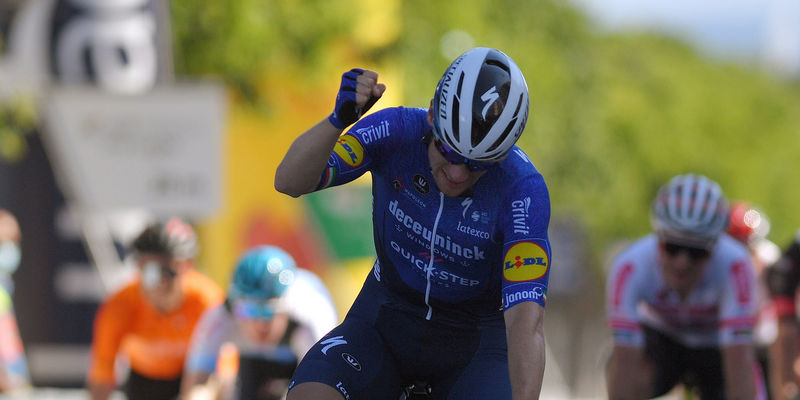 Sam Bennett returned to action after one month away from racing and didn’t miss a beat in the nervous mass gallop that decided the winner of the Volta ao Algarve stage 1 – 189.5 kilometers from Lagos to Portimão. It was the sixth time this season Deceuninck – Quick-Step’s fast man raised his arms in celebration while crossing the line and for the first time he has done so in Portugal, at his very first presence here.

The stage wasn’t as straightforward as the profile suggested, with a number of crashes meaning a lot of riders were absent in the finale. Among them were Shane Archbold and Fabio Jakobsen, who were involved in a small incident with four kilometers remaining, fortunately without any serious consequences. 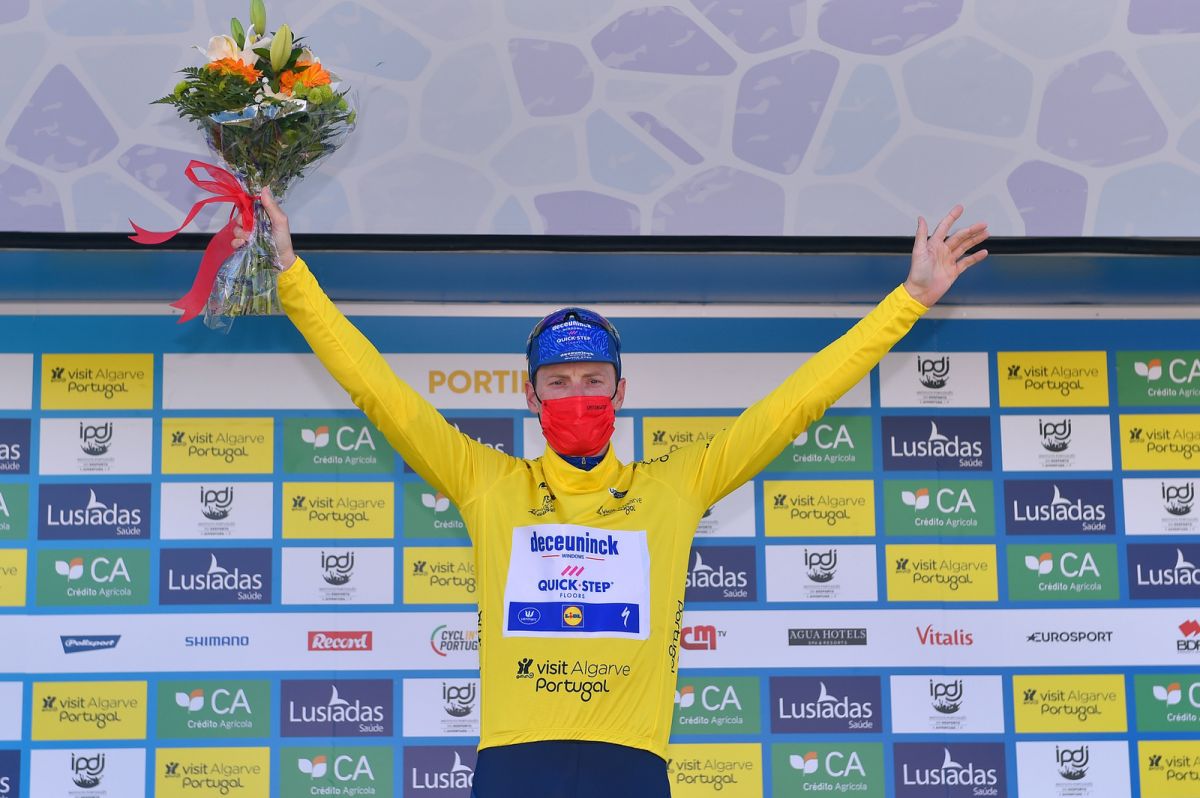 Deceuninck – Quick-Step took up the pace-setting ahead of the flamme rouge and delivered another impeccable piloting masterclass for the Tour de France green jersey winner. Sam kicked out with 125 meters to go, immediately as Michael Mørkøv – who produced another massive lead-out – peeled off the front and beat Danny Van Poppel (Intermarche-Wanty Gobert) and Jon Aberasturi (Caja Rural) by more than a bike length on the uphill drag in Portimao.

“Not everything went as we planned today. The finale was very hectic, but the boys did a fantastic job and kept their calm, which was of great help. The legs felt good, but there were a lot of crashes and we spent a lot of energy coming back to the front and keeping our position. I didn’t know how my condition was going to be after a month with no racing and didn’t expect it to be that hard, but I’m happy I could finish it off and I got the yellow jersey as a bonus”, said Bennett, who became the fifth different Wolfpack rider in six years to claim the opening stage of the race. 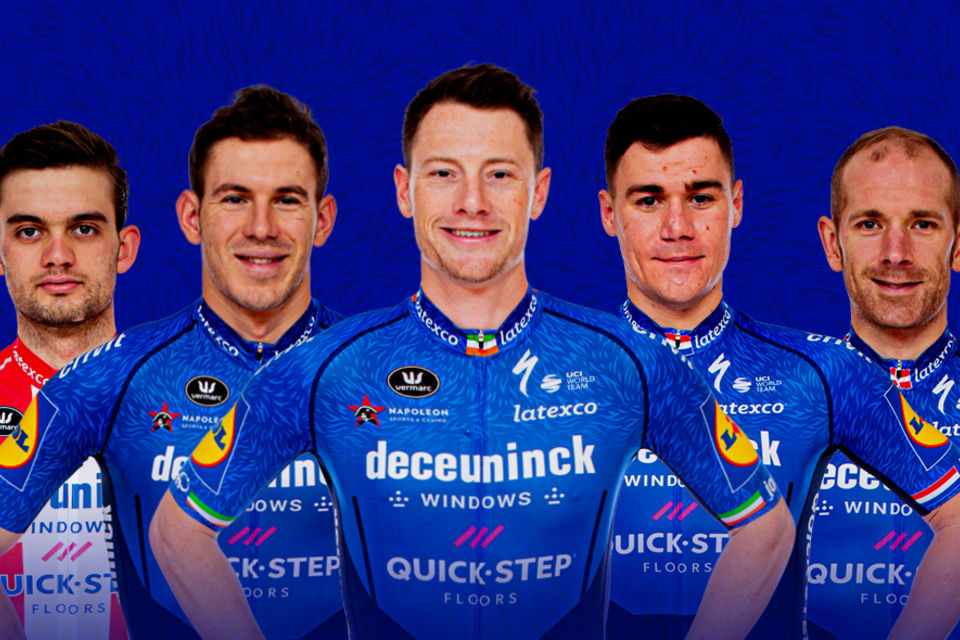 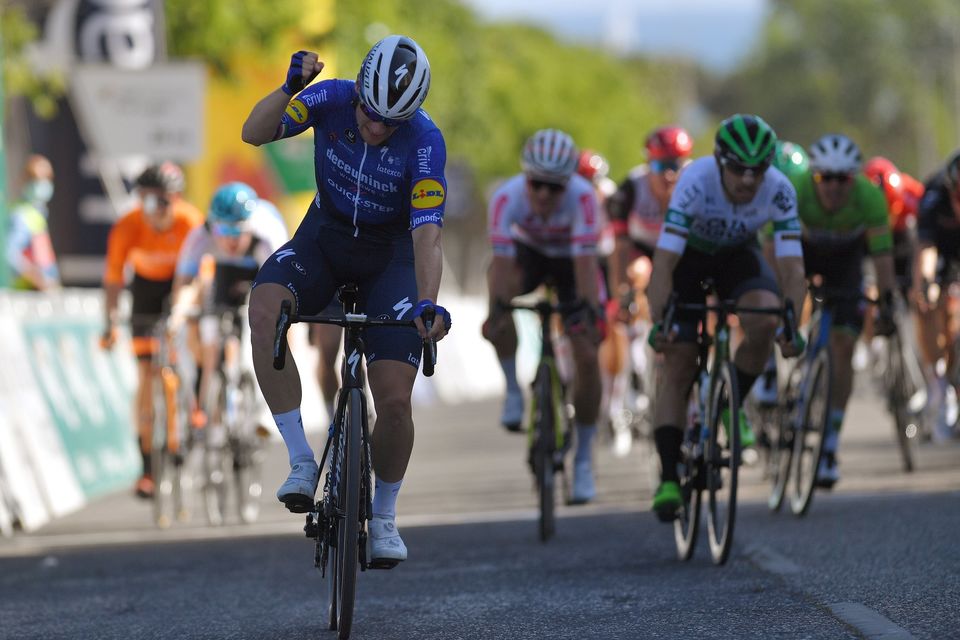