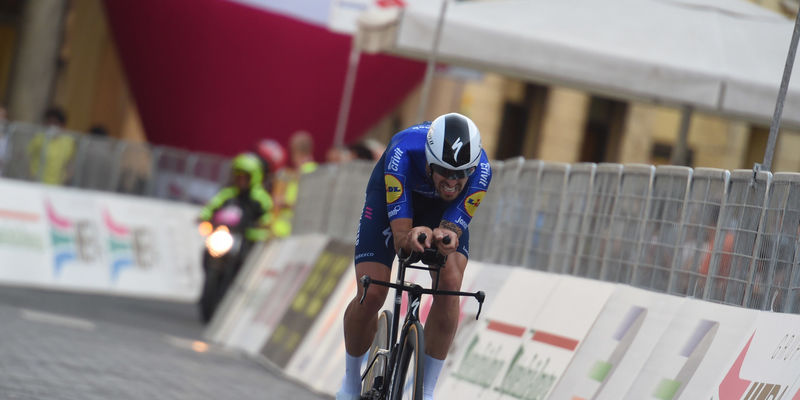 Coming straight from the Tour de Suisse, where solid top 10 placings in both individual time trials of the race helped him finish the prestigious World Tour race in ninth overall, Mattia Cattaneo confirmed his strong condition by taking third in the Italian ITT Championships. The race took place Friday evening, in Faenza, on a demanding 45.7km course.

The 30-year-old – Deceuninck – Quick-Step’s sole rider at the start in Emilia-Romagna – was among the last batch of riders to start the race and did an incredible race, posting the fastest time at both checkpoints. Despite getting word that the reference time set by him had been improved by the defending champion, Cattaneo continued unfazed and navigated the last 12 kilometers of the route handsomely, breaking the one-hour barrier by the moment he rolled over the line – the first rider to do so – thanks to an impressive 46.19km average speed.

Only two of the remaining riders could go under the 59:21 time Mattia clocked in at the finish, meaning that for the first time in his career he claimed a medal at the National Championships – bronze behind Mattia Sobrero (Astana-Premier Tech) and Edoardo Affini (Jumbo-Visma).

“I did my best today and left everything out there. It was a hard course, which really took its toll on you as the race progressed, but I was motivated to get into the top 3 and kept pushing myself. Taking my first medal at the Nationals feels amazing and boosts my confidence for Sunday’s road race”, Mattia said after the podium ceremony. 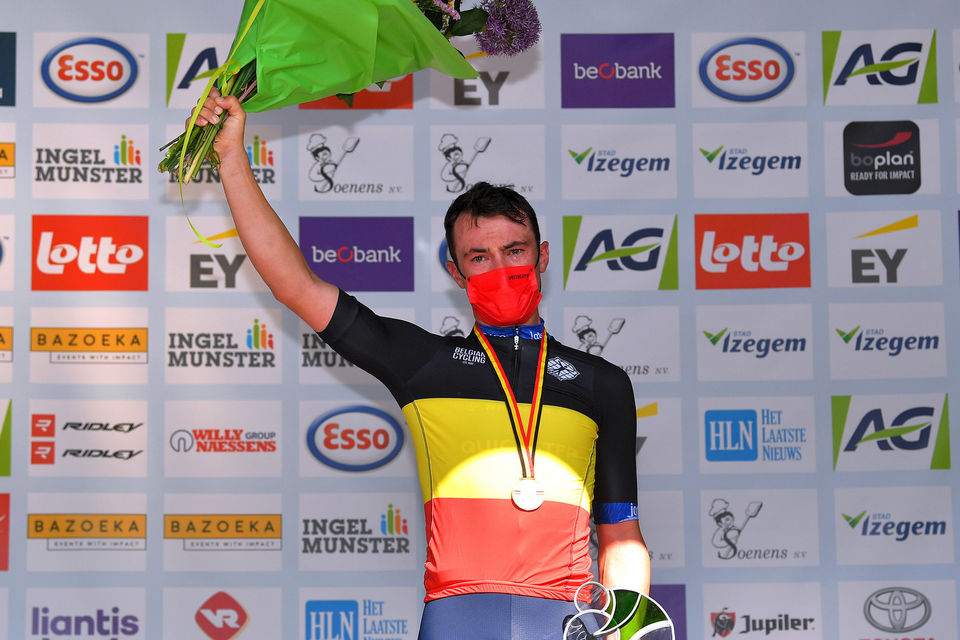