Remco Evenepoel does it again 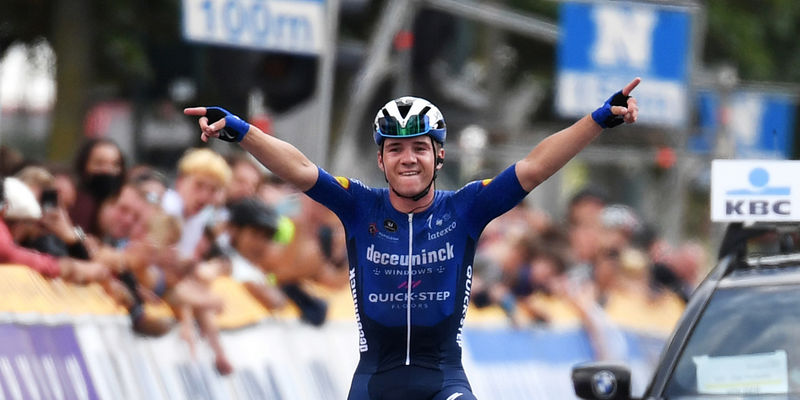 Remco Evenepoel’s purple patch continued Saturday afternoon, at the Brussels Cycling Classic, which took place over a 205.3km revamped course that included a double ascent of the mythical Muur-Kapelmuur and Bosberg climbs, a regular feature up until a few years ago on the Ronde van Vlaanderen route.

Victorious just two days ago at the Druivenkoers Overijse, Deceuninck – Quick-Step’s 21-year-old was part of a small group that attacked from the peloton with more than 60 kilometers to go, bridged across the remnants of the original breakaway and quickly put one minute between them and the field. The newly-formed leading group worked well together, and despite the slippery roads and being whittled down to just seven men after the second time up the Muur and Bosberg, they continued to add to their buffer, which showed two minutes with 20 kilometers to go.

A moment of confusion, with five riders taking the wrong way at a road junction left only Evenepoel and fellow countryman Aimé De Gendt (Intermarche-Wanty-Gobert) in the lead as they passed through Schepdaal, Remco’s hometown, where he got a raucous cheer from his fans. Shortly afterwards, on the outskirts of Brussels, he demonstrated again his clinical mindset, lifting himself from the saddle and putting in a ferocious attack that dispatched his companion. 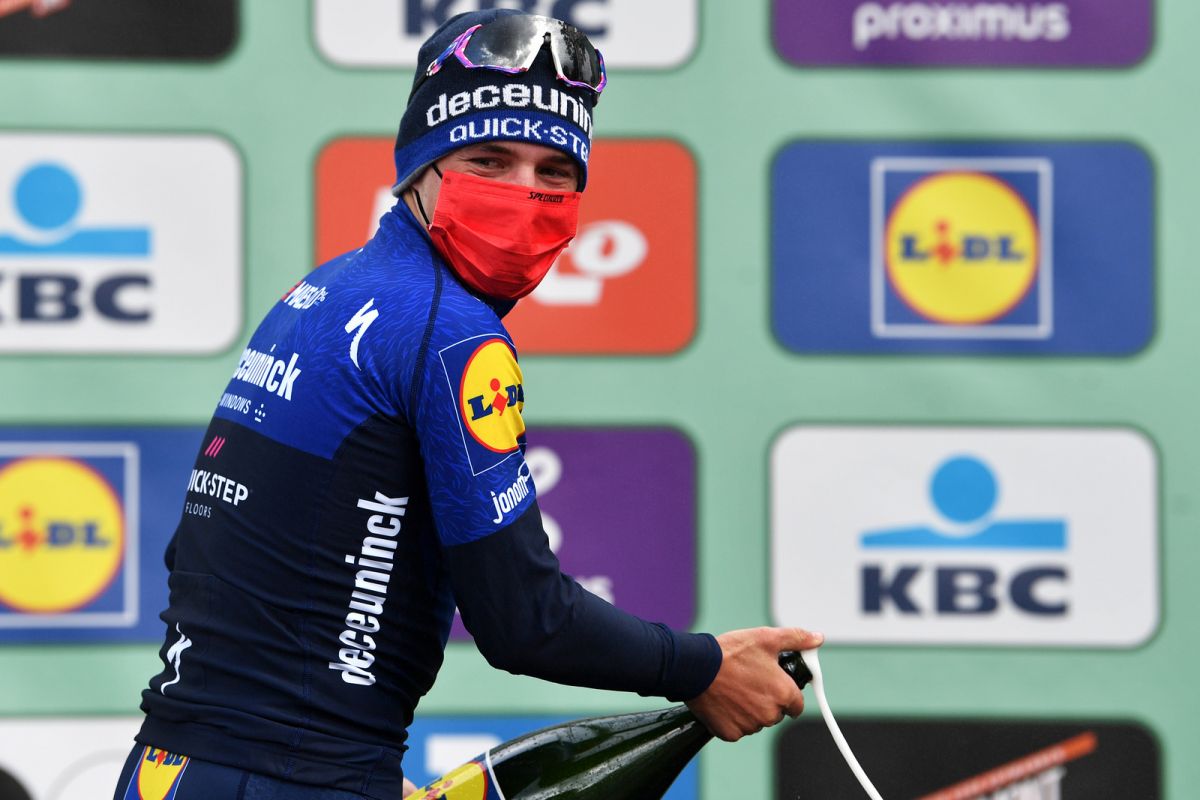 Alone at the front for the final ten kilometers, Evenepoel threw a quick glance over his shoulder before going into time trial mode and powering to his 20th victory for the Wolfpack, which brought a joyful celebration and a big smile on his face as he crossed the line: “It was a hard race, and the weather conditions didn’t help. I didn’t feel 100% recovered from my effort in Overijse, which is quite normal, but I had good legs and joined that move that proved to be decisive. Then came that strange moment, when most of the guys took a wrong turn, and we were only in two at the front as we passed my hometown, which was really special and gave me a lot of motivation.”

“As we got closer to the finish, I felt that we both were a bit on the limit, so I attacked just before turning into the headwind and eked out a small gap which made me believe I could pull it off. To take my second victory of the week on these roads I know so well is amazing. I want to thank the team for their support and for believing in me again. We had a great week here and we hope to carry the momentum into the Benelux Tour”, said the youngest rider in more than 25 years to triumph at the Brussels Cycling Classic, one of the oldest races on the calendar. 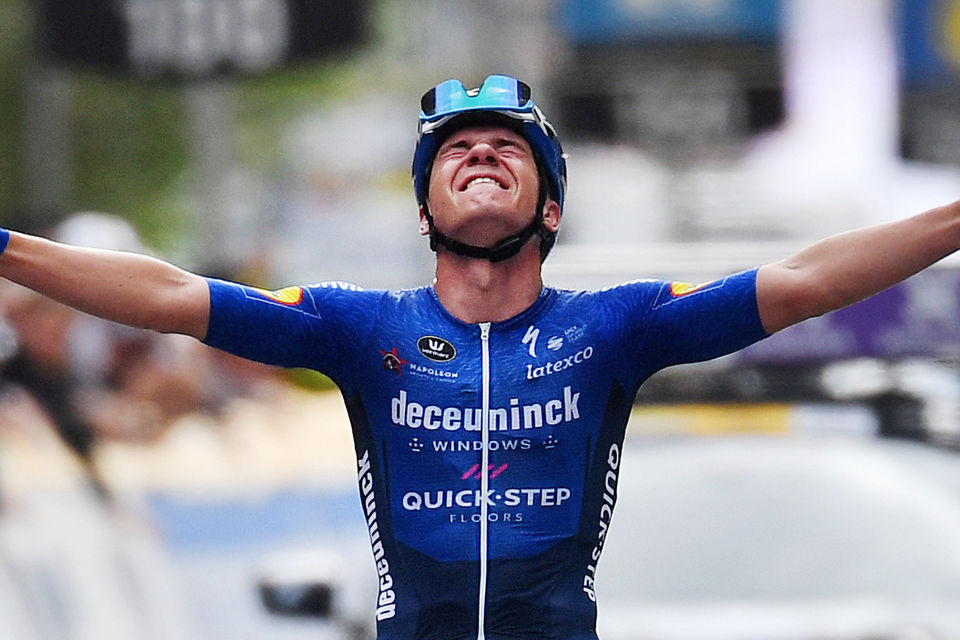 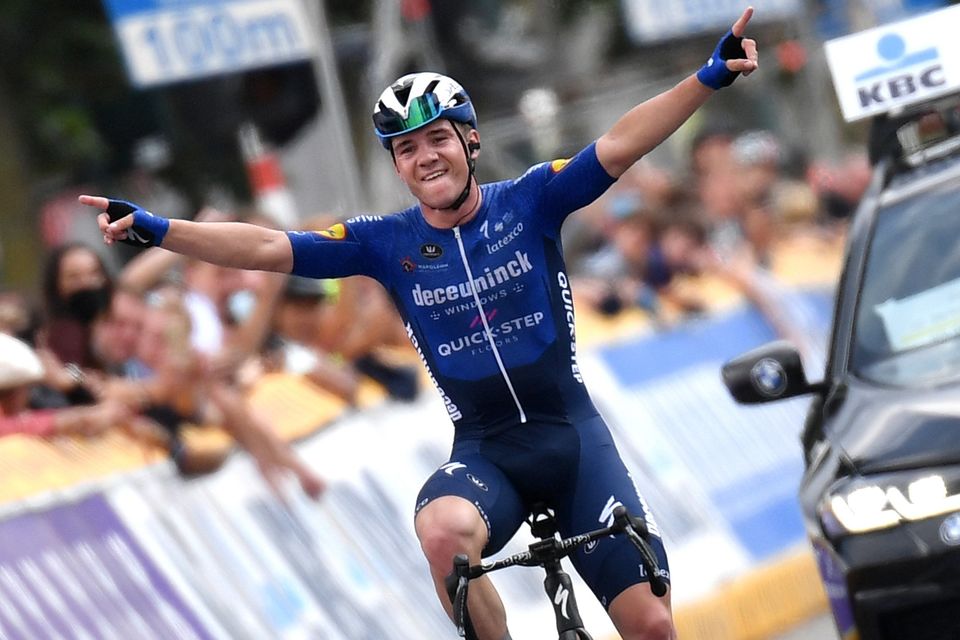