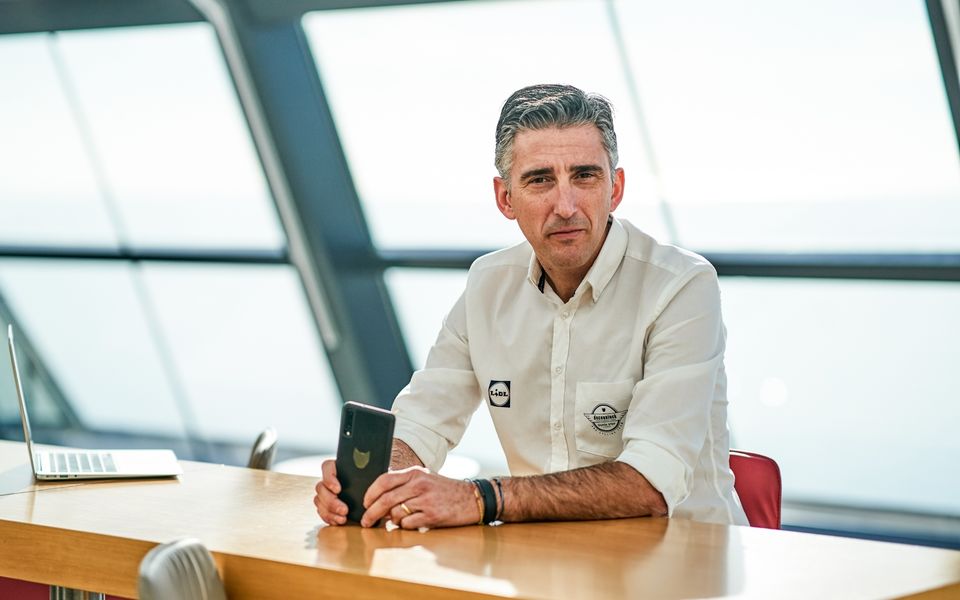 Alessandro, born in the mountainous region of Northern Italy, grew up with the sport of cycling, cheering for the big champions fighting for the iconic maglia rosa at the Giro d’Italia. His love for the sport only grew as he aged, including during his studies in Political Science at the University of Padua.

“My dream was to work for a cycling team, or to become a teacher in history or philosophy,” Ale said. “Imagine how different life could have been if I ended up a teacher. But anyway, I took a sabbatical after graduation to try a year within cycling, regardless of the level, in the area of communication and marketing. It worked out perfectly.”

Alessandro sent a CV to Mapei team during that time, and when they replied to him, he thought it was a joke of his friends. It was far from it, and Alessandro was given his chance with two interviews. “In the end, Mapei decided to take me on board, but as a ‘stagiaire’, if you will,” Ale explained. “In 2001, after three months, they decided to hire me. It was super demanding but also nice because it developed my work ethic even more. When the team stopped, I was introduced to Patrick Lefevere. He gave me a chance when he formed the team we have now, starting in 2003. I’m still here after all these years and I couldn’t be happier.”

Although “Comfortably Numb” is one of his all-time favourite songs, Alessandro – a big fan of comics, which he devours with the same hunger and passion as when he discovered them as a teenager – is always on the run, aware that the show must go on in a team that in the past decade has grown to be an international organisation, while keeping its Belgian roots: “We were one of the first international teams in the sense that the riders and the staff come from different cultures and nations. We are the melting pot in cycling and I think this helps us a lot in terms of growth potential and being innovative.”