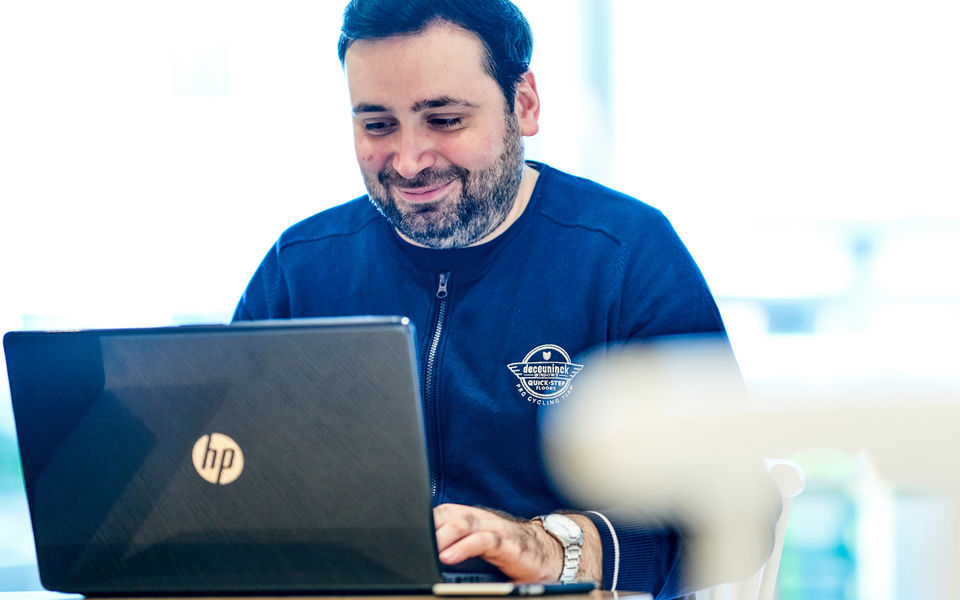 Alex came aboard only after his knowledge of Pink Floyd’s history, music and hidden meaning of their songs was thoroughly tested, and since then has been in charge of our social media accounts, as well as website content. In all these years, we got to know him better and found out that he loves Paris-Roubaix and Vuelta al Pais Vasco, has an obsession for stats and numbers, hails “Mad Men” as the greatest TV show ever, is a fan of Quentin Tarantino’s movies and rarely sleeps.

“Once I discovered this superb and gruelling sport some two decades ago, helped by a memorable edition of the Giro d’Italia, being part of a cycling team became my dream, so when I was presented with the opportunity of joining Deceuninck – Quick-Step, I didn’t hesitate for a second. I love every single thing about this amazing job, which has brought so many satisfactions, laughs and unforgettable moments, but more importantly, resulted in meeting some extraordinary people.”

Fascinated by history (especially that of the Middle Ages), myths and legends, Alex also likes, from time to time, to daydream about what would have awaited Corto Maltese had he made a third and final visit to the most beautiful city in the world, Venice.