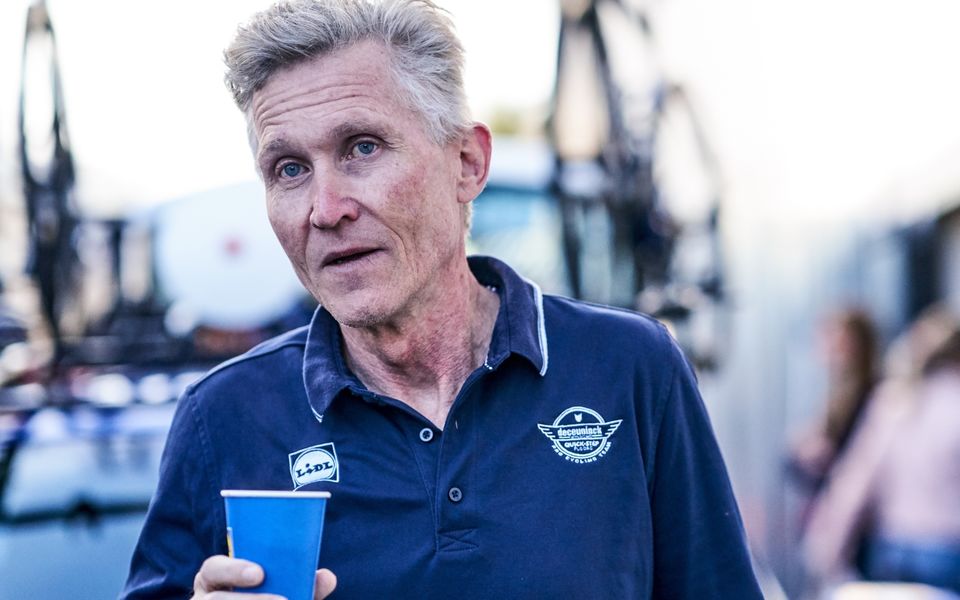 Brian Holm, the “king of cool”, has a long history with cycling and a deep passion for the sport. He was a professional rider for 12 years, with victories at the National ITT Championship in 1990 and the 1991 Paris-Brussels, but he is known also for his domestique role in the 1990s, when he finished the Tour de France all seven times he participated, including the year he rode in support of 1996 Tour de France winner Bjarne Riis.

Holm, as all of the other Deceuninck – Quick-Step sports directors, moved onto the team car when he retired as a professional rider, and in 2012 joined our team: “My relationship with the Belgian guys on this team dates back as far as the 80s. In 1985, which was the year of my first cyclo-cross contract, I knew Tom Steels as a cyclist. I rode with Wilfried for several years. I trained for most of my career with him, so I was already a part of the Belgian group. Patrick, he was the one I knew about longest in cycling. I always followed him though I didn’t personally know him. I knew his staff, and I noticed he always kept the same staff. No one ever left him, always the same people were loyal to him and he was a manager since 1983. I think that says something about Patrick and also the teams he is in charge of. I think my decision to come to this team was the right one. The same loyalty I felt to the team I worked with for so long is evident on Deceuninck – Quick-Step.”

Brian is noted in cycling these days not just for his abilities as a sports director, but his appreciation for the equipment and overall fashion of the sport. “I think cycling is like a piece of art. I think it’s like a beautiful painting. I may not sleep with my bike anymore, but I love all the gear I’ve ever worn. I love the shoes, the clothing, the old stuff, the new stuff. I have clothing bags from 1971. In my mother’s basement I have suitcases full of clothing I got every year. Sometimes I go over just to look at it. I love the history of cycling and the gear is part of it. I read about the history and I collect it as well. The sport is always evolving, but there is something that hasn’t changed for me, and that is the deep love for the sport and its history. I love riders and staff who share that love…. And the ones who dress well.”