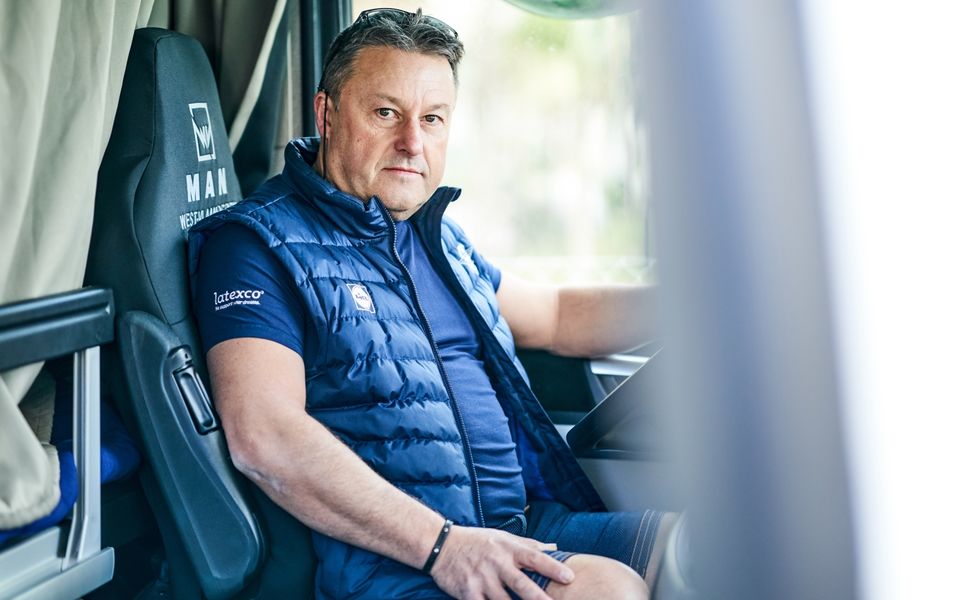 A pro between 1985 and 1990, seasons during which he won eight races, Dirk joined the team in 2009, when he got to drive the bus for the first time at a race in Tuscany. Since then, he has become fond of the Italian races, especially those he gets to do – in his own words – “with Brama around, because at the end of the day you have a lot of great stories.”

His season usually starts in February and ends in October; during these months, he is at the races for a total of 180 days amounting to a staggering 55 000 kilometers covered on the road, in charge not only of the bus, which he has helped design with incredible attention to detail, but also the quality music that can be heard on the way back to the hotel.

For Dirk, who is married for more than three decades and has a 28-year-old daughter, the most beautiful victories he got to witness since coming aboard Deceuninck – Quick-Step are the ones the squad has captured at the World TTT Championships (2012, 2013, 2016, 2018), but also the win notched up by Iljo Keisse in Milan, on the final day of the 2015 Giro d’Italia, holds a special place in his heart.